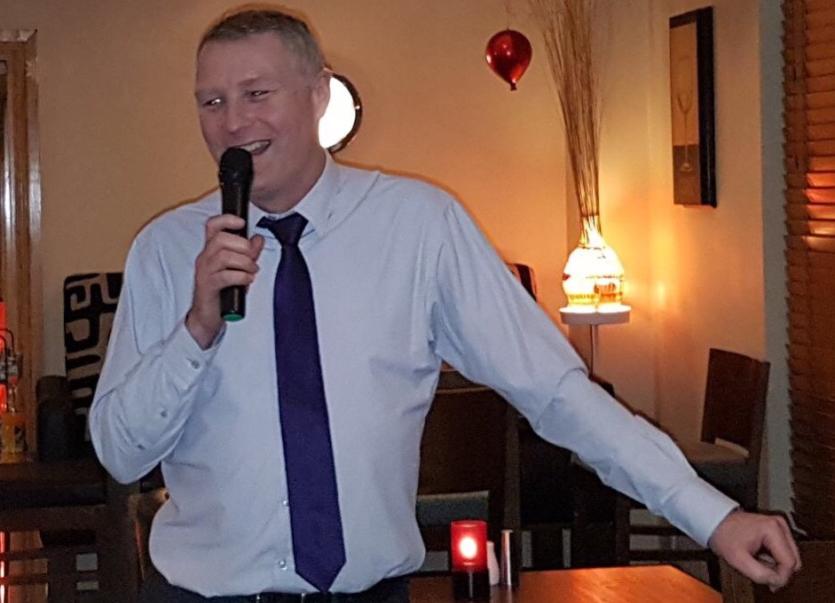 Sinn Féin in Carrick-on-Shannon had its annual pre-Christmas party in Cryan’s Hotel on Friday night last, as the prospect of a general election loomed large. The event was attended by party members and local Councillors Seadhna Logan and Brendan Barry and Deputy Martin Kenny.

Speaking at the event Deputy Kenny said, “100 years have passed since Sinn Féin’s first election, it was in the winter of 1918, with the snow came great success, as Sinn Féin took the majority of seats, maybe a good omen for winter elections. It was then an all-Ireland election and one where Countess Markievicz was the first woman in the world, was elected to parliament.”

“We may well be facing another election of national importance very soon and again in the winter and we are ready for the challenge. While the prospect of canvassing on winter evenings is not attractive, circumstances may well force it to happen. We now have a situation where the Department of Justice and the Minister for Justice were clearly aware of and therefore complicit in, the efforts of the top brass in the Gardaí, to obstruct the course justice, by destroying Maurice McCabe and his credibility with wrongful sex abuse allegations. In these circumstances the Minister is more than just damaged and this Government is on the way out if not now, very soon.”

“For this constituency it certainly will be a critical election. Our small towns and rural areas are dying under this government; we need investment and new priorities to reverse the decline. We deserve better, we must create hope for the future among our young. When we look to the future for our children, we hope they prosper and succeed, but we generally don’t see that happening here and that is wrong. They deserve a first class future here, not always off in some distant land.

“We must make this part of Ireland a place where people come to in order to succeed, rather than leaving here to succeed. That is the political challenge of our time in this constituency. One of our biggest problems is depopulation and this requires urgent action, without people we are lost as a region, because people bring energy and are consumers of goods and services and that activity opens up opportunities. We in Sinn Féin believe in the energy and ability of people to make positive social change real and lasting and to bring prosperity for all. While government has to manage budgets and it also has to be an active player in improving the lives and opportunities of people into the future.”

“That's what the leadership change in Sinn Féin is really about: not a break with the past, as some are always fixated on, but a refocus for the future. A new deal for honest taxpayers, who work hard and deserve a good life style, has to be a priority. Sinn Fein's, Ireland of Equals, is a slogan that means equal opportunity, equality under the law, and equal access to vital services paid for by the taxes collected by good government. A better future is what Sinn Féin is about and we need to make this election about that as well.

"That’s what Sinn Féin wants, to be in a government that’s on the people’s side, to work to change the system. You see, we are not just followers, like supporters of a football club; we really are serious about the politics of a New Ireland, just as we were 100 years ago. Great change comes when people get serious and remain committed to the collective advancement of all in society. So in the time ahead, whether or not there is an election, we have to engage with people on the issues and on the vision for a better future and of course tonight we will also enjoy ourselves,” concluded Deputy Kenny.