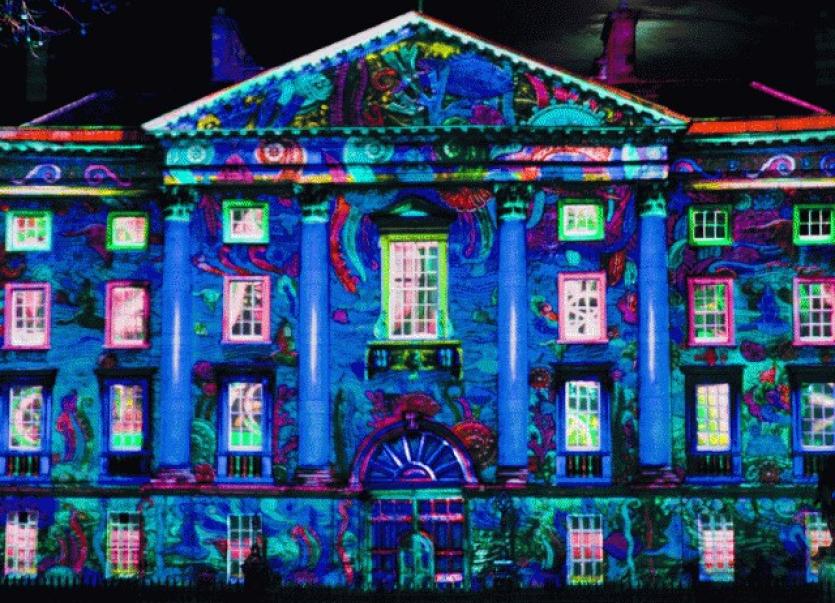 A spectacular public light show this Friday and a civic ceremony will officially mark the end of Sligo’s year as European Volunteering Capital.

The ‘Spirit of Sligo’ light show, which is open to the public, will take place at Sligo City Hall in Quay Street on Friday, December 1, at 6pm.

The building will be illuminated at an event and some of the illuminations will showcase the inspiring story of the volunteer community across Co Sligo.

The light show, organised by Dublin company Avtek, will continue each night for 7 nights on the hour for 10 minutes. Avtek is responsible for illuminating Dublin's New Years Eve Festival.

Invited guests will earlier attend a formal civic ceremony in City Hall to close the EVC Year and to witness the handover of the European Volunteer Capital 2018 title to the Danish city of Aarhus.

In addition, the three candidate cities for the 2019 EVC competition will be announced.

The Spirit of Sligo Lightshow will take place at 6pm sharp on City Hall. The public is invited to gather from 5.30pm.

Sligo County Council CEO Ciaran Hayes said, "Sligo's designation as European Volunteering Capital has been a wonderful opportunity to highlight Sligo's unique volunteering strategies. The year has had a significant impact on the volunteer community, but also the wider business community with numerous events and conferences coming to Sligo on the occasion of the unique designation.

“This Friday's events include the official civic ceremony followed by a very special light show on City Hall at 6pm. We encourage everyone to join us for this event which will showcase some of the highlights from the year in a spectacular creative light show projected on City Hall."

“It's been an eventful year for the volunteers, organisations, businesses and the wider community who engaged with and supported our programme. We welcome European delegates to Sligo this week as the official handover from Sligo to Aarhus in Denmark takes place, and the announcement of the 2019 winners is announced."