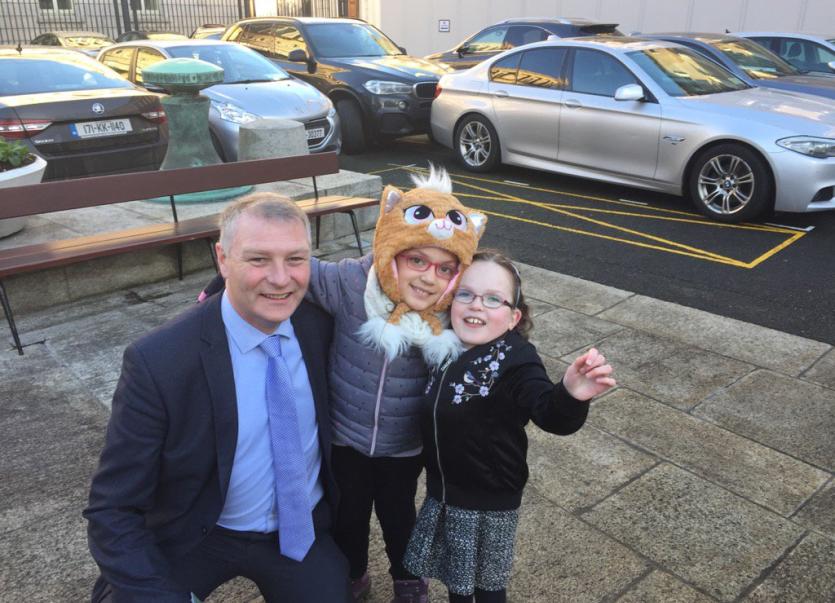 Sinn Féin TD for Sligo, Leitrim, West Cavan and South Donegal Martin Kenny TD has raised the serious issue of children with Morquio disease who desperately need the drug 'Vimizim', but the HSE is refusing to fund it.

Deputy Kenny organised an event in the Leinster house today for suffers of Murquio and their families along with the MPS society to meet with TD’s and Senators, to seek their support for the HSE to grant approval for this vital drug Vimizim.

Speaking in the Dail today, Deputy Kenny said, "There are two children here today in the public gallery who are currently receiving this vital drug Vimizim but as of next week will no longer be able to receive it because the HSE is refusing to approve funding for it.

"I would ask that both the Minister for Health and the Taoiseach meet these two girls before they leave today so that they can hear their story first-hand. It is simply appalling that this drug is going to be taken away from them next week."

@Martin_Kenny organised an event in Leinster House for sufferers of Murquio, their families alongside the MPS society to meet TD’s/Senators to seek support for HSE to grant approval for vital drug Vimizim. It is urgent that this medication is approved and we #SaveTheVimizim pic.twitter.com/8CiWRqBhYt

Following leaders questions in the Dáil, the Minister for Health Simon Harris did meet with the two girls and their families, they told him the urgency of their situation and the Minister promised to do what he could to intervene with the HSE.

Minister Harris then stressed it was the HSE’s decision to approve these types of drug and that the company that manufacture the drugs also have an important role to play.

Deputy Kenny went on to say, "I will continue to support the MPS society and these children and their family’s plight to have the HSE fund the drug Vimizim.  Time is running out now for these two girls and the minister for Health and the government need to put pressure on the HSE to approve this medication.”