Lecture series to explore Women of the Irish Revolution 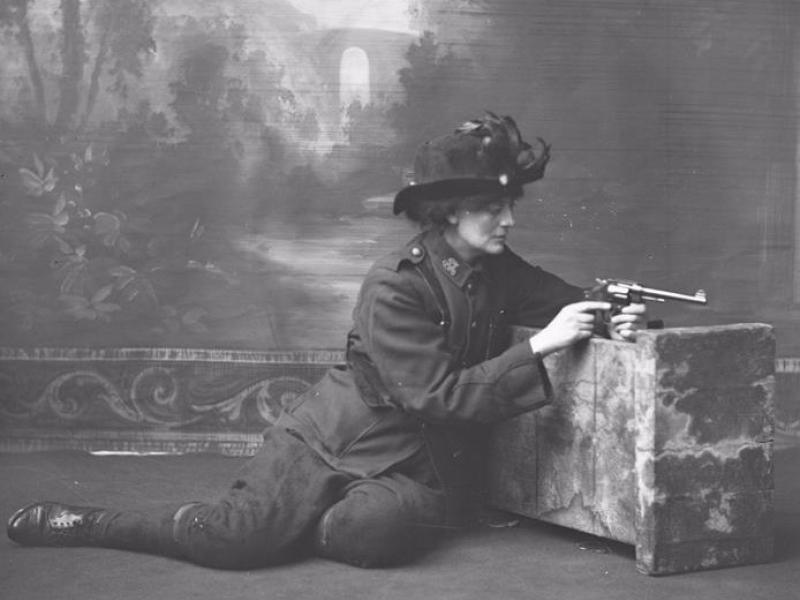 2018 will mark the centenary of Irish women winning the right to vote and the election of Countess Markievicz, Ireland's first female member of parliament.

Next year, 2018, is the centenary of Irish women winning the right to vote. The general election of December 1918 saw women here voting for the first time - though they still had to be over 30 years of age and land owners.

2018 is also the 100th anniversary of the election of Ireland's first female member of parliament - Countess Markiewicz. In commemoration of these historic developments, Leitrim County Library Service will present a number of lectures and presentations on the changing lives and roles of Mná na hÉireann in the early years of the 20th century.

The lectures will begin with a double-bill by two of Ireland's most sought-after women historians, Liz Gillis and Dr. Kate Ryan, in Manorhamilton Library on Saturday December 2, at 11am, followed by a presentation by Dr. Myles Dungan in the County Library, Ballinamore on Thursday, December 7 at 8pm.

Manorhamilton Library – Lecture Double-bill on Saturday 2nd December at 11am: Liz Gillis will present on “Guardians of the Revolution: Cumann na mBan 1917-1918 ”which outlines the vital role that women played in the Easter Rising and beyond.

Although often overlooked and seen as being mere supporters of the Rising and the revolutionary movement that followed, this talk aims to show that these women were educationalists, socialists, community workers, radicals, feminists and realists - all with a desire for one thing in common; Independence for Ireland. Through their participation they proved their worth and showed that they were indeed the invisible army of the Revolutionary movement and without their dedication and resolve, the events of Easter week could have faded into memory. Highlighting many of the lesser known women, the talk will show that the women were vital revolutionaries who gave their all in the hope of a better future for their country. 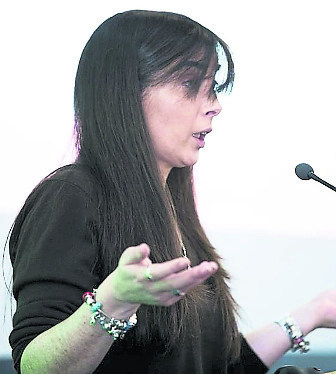 Her latest work, The Burning of the Custom House (2017), tells the story of the IRA’s 1921 attack on Dublin’s Custom House, then the heart of the British administration in Ireland. Liz has a Degree in Irish History and worked as a guide in Kilmainham Gaol, developing a revolutionary walking tour of Dublin's Liberties. She now works as a researcher on The History Show, on RTÉ Radio 1. 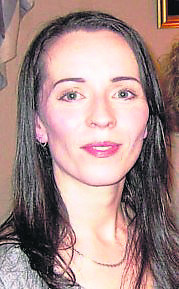 This lecture will look at three revolutionary women, all friends, all veterans of the post-1916 independence struggle: Maud Gonne MacBride, Charlotte Despard and Mollie Woods. These women encouraged Indo-Irish collaboration in the hope that each side could learn from their respective experiences. They were agitators who attempted to add an aspect of global finesse to local nationalist politics and successfully established their own tailor-made organisation in the shape of the Indian Irish Independence League (IIIL). This lecture will shed light on some lesser known aspects of Irish and Indian history between the World Wars, and on the significance of the Irish revolution within the wider history of the British Empire.

Dr. Kate O'Malley is a historian with the Royal Irish Academy, and an Editor of the Documents on Irish Foreign Policy (DIFP) series, an RIA project in collaboration with the Department of Foreign Affairs and the National Archives of Ireland. She is a graduate of Trinity College, Dublin (BA, PhD), and has taught at TCD, UCD and Queen’s University, Belfast. She has written extensively on Indo-Irish relations, authoring the book Ireland, India and Empire (2008).

Dr. Myles Dungan to speak in Ballinamore Library
On Thursday, December 7 at 8pm, Dr. Myles Dungan will explore the phenomenon of “The Alpha Male In Irish History”. There may be many answers to the question ‘why were there not far more women in positions of influence in Ireland in the immediate pre and post independence period?’ But Myles Dungan thinks there is a very simple answer … MEN. 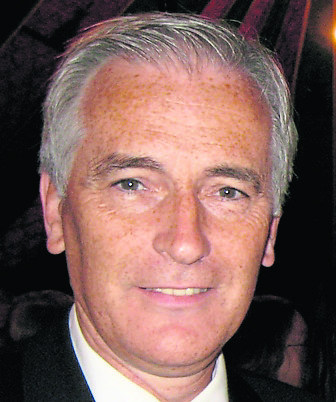 Myles Dungan, PhD, is one of Ireland’s best-known and most respected broadcasters. A frontline RTE presenter, he has been hosting current affairs, arts and sports programmes on both radio and television for more than two decades. A Fulbright scholar, educated at UCD and the University of California, Berkeley, he is the author of a multiple books, including Irish Voices From The Great War (1995) and Mr. Parnell’s Rottweiler: Censorship & the United Ireland Newspaper (2014), plus works on the Irish in America, the Great War, the Irish Crown jewels and golf. He is the presenter of The History Show on RTE Radio 1.
While admission to both events are free, booking is advisable. Manorhamilton Library – Saturday, December 2 from 11am-1pm, tea/coffee from 10.30am.