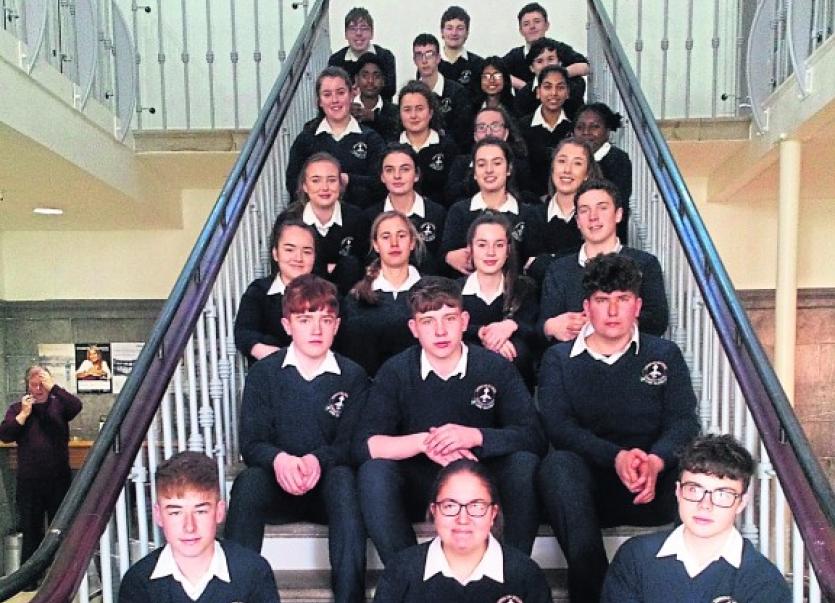 Coding
Carrick-on-Shannon Community School has been chosen as one of fifty Irish schools to complete the Junior Cycle short course in Coding. First Year students will complete classroom-based assessments in Second and Third Year.

Hour of Code
The Hour of Code takes place each year during Computer Science Education Week in December. First Year students will complete activities using the BBC Microbit computer for the Hour of Code.

Film Français
Fifth Year students recently attended a French film in the Dock theatre, Carrick-on-Shannon. Merci to Paul from The Dock, who welcomed the students in French. "Ma vie de courgette" tells the story of an orphan, and the adventures he has with his new friends in a foster home.
This Swiss-French comedy-drama film, "Ma vie de courgette" deals with many themes on the current Leaving certificate syllabus. The students then went to Philippe, the French baker in the market in the Market Yard.
Students ordered croissants in French and spoke French to the baker.