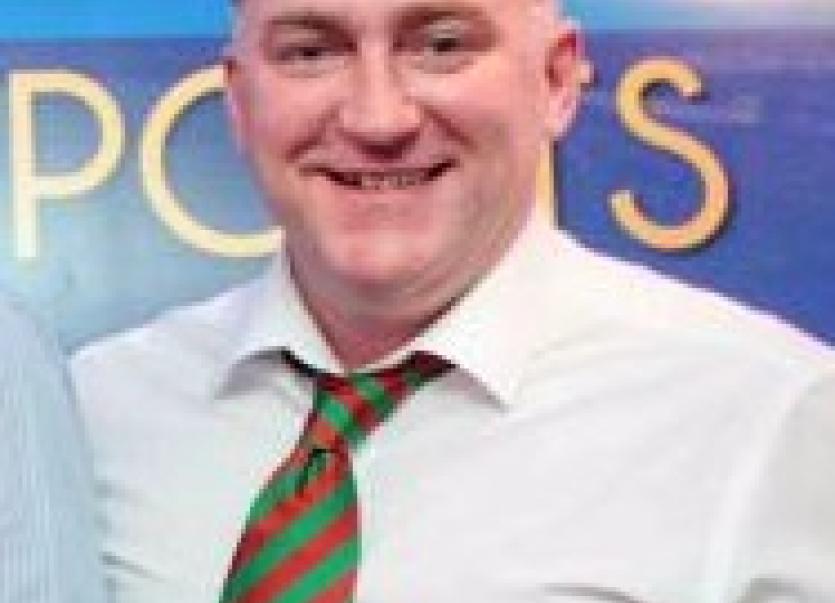 GAA mad Brian Foley is getting ready to celebrate his 40th birthday in style as he plans to hit New York City to support the Leitrim football team who play the New York GAA side this May. This will be made easier thanks to the fact that his name was pulled out of the Winning Streak drum to appear on the RTE and National Lottery game show.

Brian is not 40 for a few weeks yet (13th January) so his Winning Streak appearance could not have come at a better time. The electrician from Kilclare is also getting ready for Christmas. He has twin daughters, aged three, Aoife and Oisin who are getting ready for a visit from Santa. They are looking forward to their trip to Dublin, along with Brian’s wife (of nine years) Niamh to watch him on Winning Streak this weekend.

In his spare time Brian is a GAA coach to the local ladies team in Leitrim, Kiltubrid GAA. He is a sports nut and likes every other type of sport including being a huge Manchester United fan. He works as an electrician for an electrical contractor company called Designer Group, based in Blanchardstown, Dublin.

Also joining Brian’s family in the studio audience, with a posse of his friends will be his mum and dad, Margaret and Kevin, as well as his brother Shane and sister Siobhan. His other brother, Paul lives in San Francisco and will watch Winning Streak online.

Brian was at the Mansion House on Saturday for his staff Christmas party when word filtered through that he would be on the show. He made sure that he had a “fair hooley” after that and is relishing his chance to spin the wheel. Brian plans to clear a few bills with his Winning Streak winnings and with Christmas coming up he will treat his family!

The next episode of Winning Streak, which will be the final show of the year, will be broadcast next Saturday evening (9th December) at 8:25pm on RTÉ One, where presenters Marty Whelan and Sinead Kennedy will guide five players through the iconic show, which gives them the chance to win cash, cars and luxury holidays. One will get the once-in-a-lifetime chance to spin the Grand Prize Wheel with a maximum prize of €500,000.