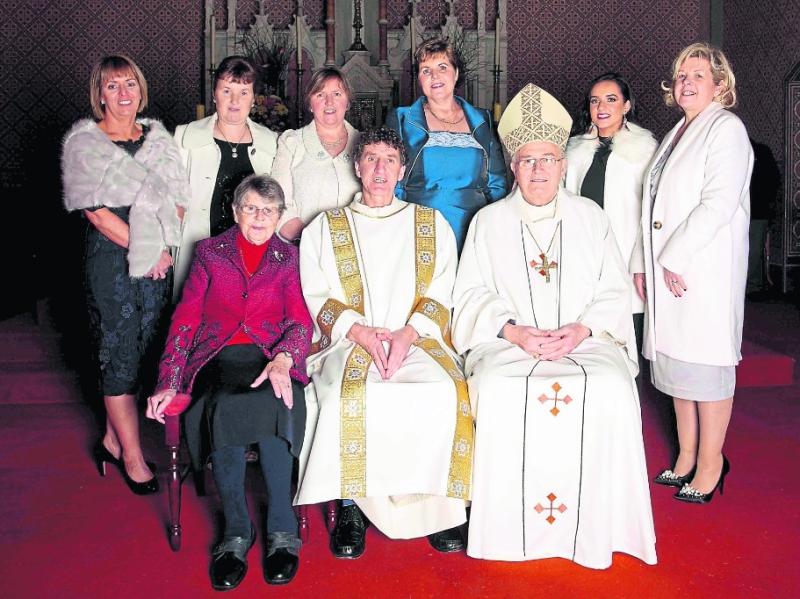 Sunday’s ordination ceremony as Permanent Deacon of Glencar’s Padraig Kelly in St. Clare’s Church Manorhamilton proved to be a very joyous day for the whole of the Parish of Cloonclare-Killasnett (Manorhamilton-Glencar-Mullies).

Kilmore Bishop Leo O’Reilly presided over the ordination ceremony Mass and he was assisted Fr. Michael Duignan (Vicar for Education and Formation Elphin Diocese), Monsignor Michael Cooke (Director of Permanent Deaconate) and many priests from the Kilmore Diocese and elsewhere. 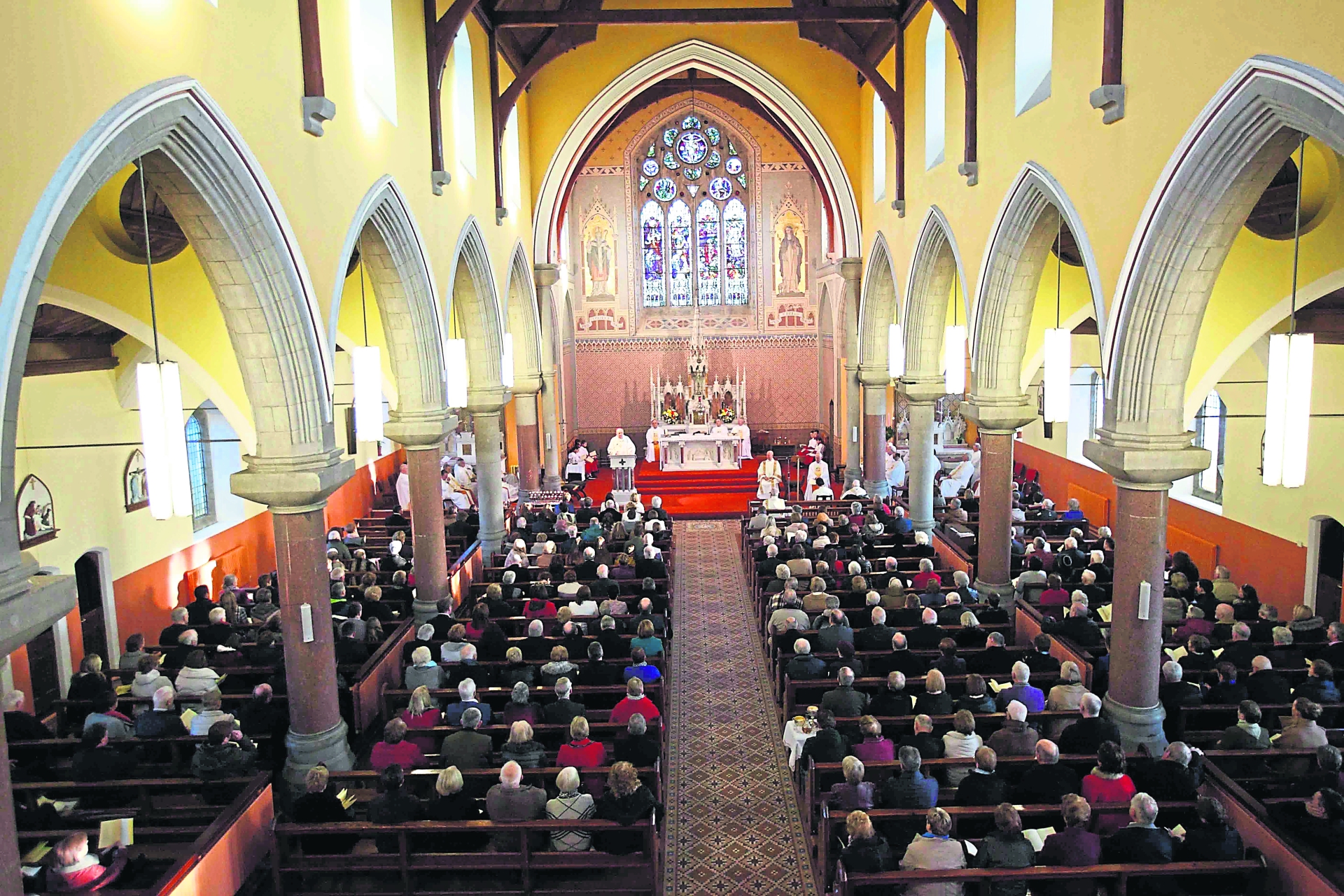 Rev. Richard Beadle, Church of Ireland Rector of the Manorhamilton Group of Parishes was a special guest at Padraig’s ordination ceremony. St. Clare’s Church was packed for Sunday’s ceremony as was Manorhamilton Community Centre for the post ceremony refreshments celebrations that took place there afterwards.

During Sunday’s ceremony in St. Clare’s Church all of the three church choirs’ in the Cloonclare-Killasnett parish, St. Osnat’s Glencar, the Church of the Annunciation Mullies and St. Clare’s Manorhamilton, sang together for the first time ever under the direction of Choir Master, Austin McManus.

Prior to the completion of the ordination ceremony a special presentation by Bishop Leo of Kilmore Diocesan Youth programme bronze awards medals were made to local Cloonclare-Killasnett parish young people Conor McGowan and Vincent Sweeney.
Leitrim’s 2017 Macra na Feirme Queen and National Queen of the Land contestant, Emma Coyle is the Co-ordinator of the Cloonclare-Killasnett parish youth programme. Emma facilitated Conor and Vincents’s participation in the Kilmore Diocesan Youth programme bronze awards challenge.

Despite the excellent presentations on the occasion by Bishop Leo and Fr. Oliver, the newly ordained Permanent Deacon, Padraig Kelly delivered an even more illuminating address on his own life journey and his past four years study to become a deacon that was most informative and highly humorous.

During Padraig’s address he was able to inform Fr. Oliver that his beloved Man United were that afternoon suffering a 3 – 1 defeat by Man City in one of the annual Manchester derby showdowns even though the derby game was taking place at the same time in the English city as was the new deacon’s ordination ceremony.

It probably was news that former intervarsity soccer star for Maynooth University, Fr. Oliver would have preferred not to hear at the time but Padraig certainly was able, on the occasion, to update the local PP and what was happening in Manchester.

Congratulations are extended to Padraig on his ordination as Permanent Deacon and best wishes are extended to his wife, Annette, as well as to all members of the Kelly Family on what a great occasion for all of them.