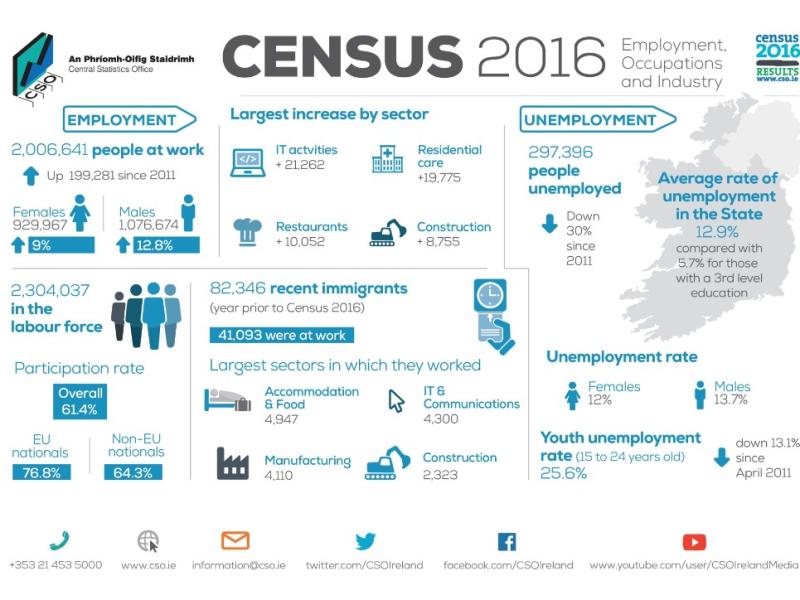 Deirdre Cullen, Senior Statistician, commented: ”This report analyses the world of work in Ireland in 2016, with a particular focus on changes in the numbers at work by occupations and industrial sectors.

It also looks at the profile of the non-Irish national population in the workforce. Profile 11 completes the suite of Census 2016 results which has included two summary reports, eleven detailed reports and Small Area Population Statistics. Together, these results provide a comprehensive picture of Ireland in April 2016. All of this data is now available on the CSO website.” 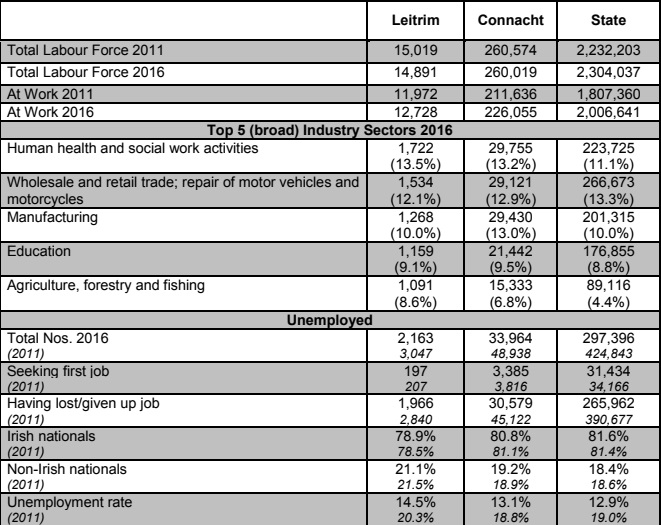