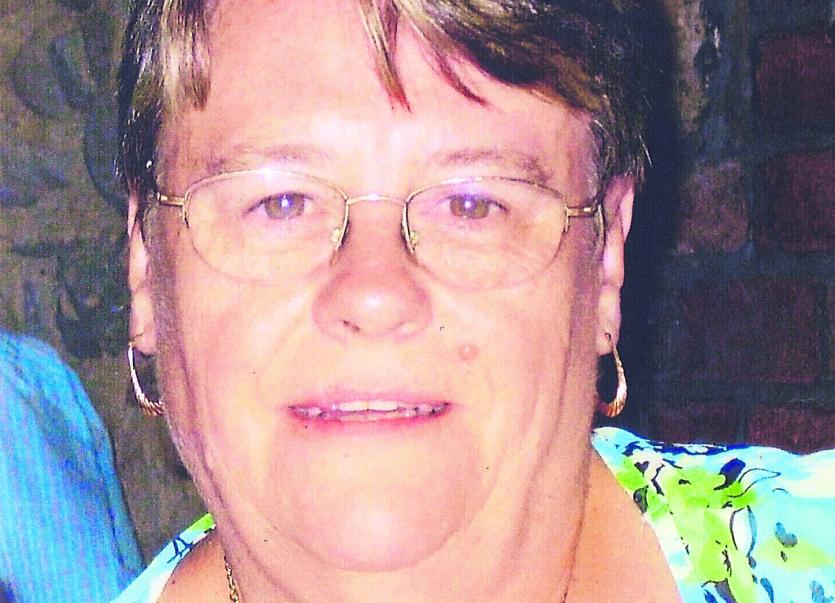 The family of a north Longford woman who died after being discharged from Mullingar’s Midland Regional Hospital while allegedly still having a post-operative infection, have said they hope “lessons have been learned” by her sudden and unexpected passing.

The High Court heard recently that Mrs Doyle could barely walk and had to be helped by her husband as she made her way home to the couple’s home in Ballinalee in September 2013.

The 69-year-old grandmother passed away 10 days later as the family allegedly waited over an hour and 20 minutes for an ambulance to arrive from Portloaise.

Senior Counsel Richard Kean told the Court Mrs Doyle died from hypovolemic shock as a result of a delayed post-operative haemorrhage.
Mrs Doyle attended the hospital in July 2013 and was found to have symptomatic gallstones which required surgery resulting in an operation being carried out on August 28, 2013.

It emerged that afterwards Mrs Doyle developed an infection and was treated with intravenous antibiotics.

Despite the presence of the ongoing infection, it was claimed Mrs Doyle was discharged from hospital and subsequently died on September 16, 2013.

It was further claimed Mrs Doyle had been recommenced on Warfarin therapy on August 31, 2013, and continued her on warfarin therapy from that point despite her demonstrating signs of sepsis and infection.

Mrs Doyle was discharged from hospital on September 6, 2013 when it was alleged she was unfit for discharge and when her infection was allegedly not adequately under control.

It was further claimed there was an alleged failure to heed Mrs Doyle’s ongoing complaints of abdominal pain and her condition on the date of discharge when she was hardly able to walk. The claims were denied.

Richard Kean SC with Esther Earley BL told the court the case arose from the tragic and disturbing death of Mrs Doyle who was much loved.

He said Mrs Doyle had gone into hospital for a straightforward gallbladder operation. She was in hospital for 10 days.

Mrs Doyle’s widower and her family settled their High Court action against the HSE over her care at Midland Regional Hospital, Mullingar, Co Westmeath.

The terms of the settlement, which were not revealed, was also made without admission of liability and included a letter from the HSE offering its "sincere sympathies" while expressing "sorrow" on the tragic death of Mrs Doyle on September 16, 2013.

Chrissie, as she was known by those who knew her best, was born in England and lived there most of her life.

In 2006, she together with her beloved husband Colm set up home in Ballinalee, a place where both readily became highly respected and valued members of the local community.

In a statement released this week, the Doyles said they still feel aggrieved as to why they have yet to learn what remedial steps have been taken to prevent similar occurrences from happening in the future.

“We the family of the late Christine Doyle are extremely relieved that the mistakes around my mother's care have finally been publically recognised,” read the statement.

“However, we are absolutely disgusted that it has taken four years from her passing before this has happened.

“We hope that lessons have been learned and that clinical practices have changed, so that other families do not unnecessarily lose a loved one.

“Although the HSE has passed on their condolences, we are disappointed that they have not given any details of measures that have been put in place since our mother's passing, to prevent this happening again.”

The family said the emotional distress they have endured over the last four years was “completely unacceptable and needless”.

“We also wish to highlight that the ambulance took over an hour and twenty minutes to arrive on the night of my mother's death. This is clearly an unacceptable length of time in an emergency situation,” the family added.

“We would urge people to stand up and be heard and not to accept that these things just happen.”

There were words of acknowledgement too for the family’s legal team Julie Shanley, Michele Beirne, Richard Keane and Esther Earley.

“They have been compassionate and respectful to my mother at all times throughout this terrible ordeal and have given us the strength to continue to get justice for her. May she now Rest In Peace.”