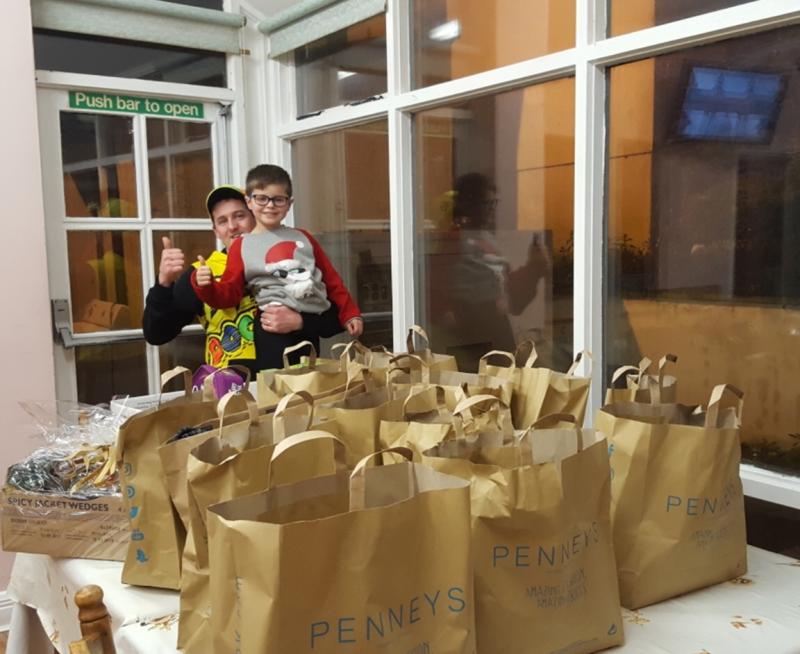 Thumbs up from Jayden!

It is wonderful to see the true spirit of Christmas is alive and well.

Eight-year-old Jayden Brennan, from Dromahair, showed the true meaning of Christmas by holding a four hour silence recently to raise money for the homeless in Sligo town.

The fundraiser started with Jayden’s parents, Lee and Natasha, uploading a video of Jayden on to social media telling of his plan, which he came up with himself after watching a show on television.

Over the following days, Jayden was on the local radio station to spread the word and thanks to everyone, Jayden managed to raise over €500!

Not only did Jayden manage to complete his four hour silence, but his father had to tell him that he was okay to talk again once the time was up! Jayden, along with his parents, then used this money to buy much-needed supplies for the homeless, from hats, scarves, food, etc., arranged these supplies into bags and off they went to deliver their gifts.

Well done Jayden, it does the heart good to know that the future of our community is in good and thoughtful hands!