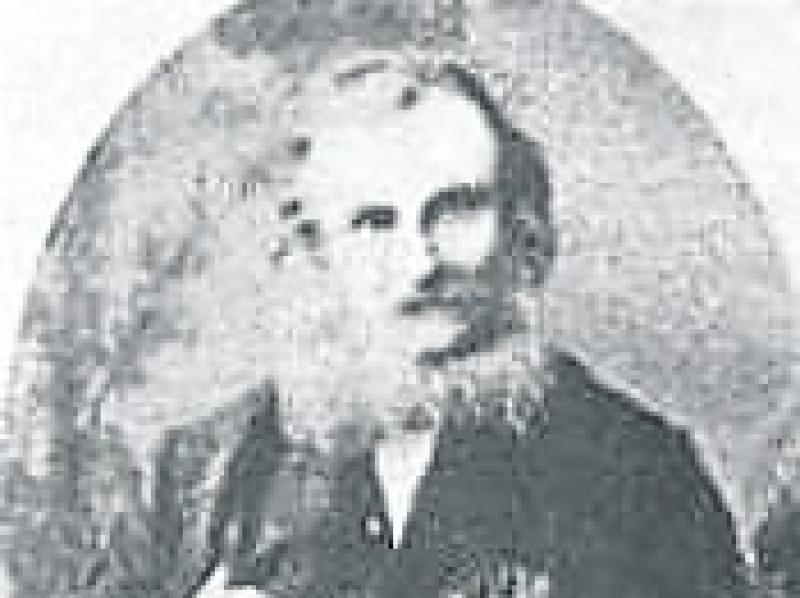 Some discussions have take place in recent time to have a memorial erected in Manorhamilton to honour the memory of local man, Charles Irwin who was the only Leitrim man ever to receive the Victoria Cross for bravery.

The Victoria Cross (VC) is the highest award in the United Kingdom honours system. It is awarded for gallantry “in the face of the enemy” to the members of the British armed forces. Queen Victoria presented the first VCs in 1857.

In the article Dominic wrote Charles Irwin “was the eldest son of Launcelot and Mary Irwin, farmers, of Well Park in the townland of Moneenshinnagh, Manorhamilton.

“Charles was born in 1st January 1825 and was christened in the Church of Ireland Parish Church in Manorhamilton the following month. A younger brother William was born four years later in 1929. Their father Launcelot died in 1838 aged 51 years when Charles was just thirteen.

“When still only seventeen, Charles joined the British Army, enlisting in the 18th Royal Regiment in Sligo on 4th July 1842. The regiment was later posted to India and the Far East, and Charles served in the campaign in Burma (now known as Myanmar) in 1852 and 1853, taking part in the attack and capture of Rangoon in April 1852.

“Sometimes afterwards he was transferred to the 53rd Shropshire Regiment with which he soldiered through the Indian Mutiny. He was awarded the Victoria Cross for his part in the relief of Lucknow on 16th November 1857.

“The citation published in the London Gazette of 24th November 1858 read as follows: ‘For conspicuous bravery at the taking of Secundra Bagh at Lucknow on 16 November 1857. (Elected by the private soldiers of the Regiment.)

‘Although severely wounded through his right shoulder, he was one of the first men of the 53rd Regiment who entered the building under very heavy fire.’ Following the Indian Mutiny and its many campaign battles, Charles Irwin had a decision to make.

Dominic Rooney describes the situation facing him then as thus, “After the Indian Mutiny Charles Irwin and the 53rd Regiment had three options – going home, joining another regiment that was staying in India or proceeding to the China War.
“Irwin took the final option and joined the Royal Irish Fusiliers (87th Regiment) who sailed for Hong Kong on 10th October 1859. For the following twelve months they were based in the city of Canton on garrison duty and didn’t see any action.
“After the fall of Peking in December 1860 the regiment received an order to return to England. Charles spent some time in the Royal Hospital in Chelsea before being discharged from the army on 2nd August 1864.

“A description of him on the date of his discharge reads as follows: - ‘Height: 6 feet; complexion: fresh; eyes: brown; hair: brown; marks or scars: mark of bullet wound right shoulder and sabre cut tip of hand; trade cutler.’
He was given ₤2.os.9d (less than €5) marching money to get back to Ireland and a pension of 8 pence a day. He settled in Newtownbutler in Co. Fermanagh – possibly with a relative who lived there – and died on 8th April 1873.
“Charles Irwin’s Victoria Cross and other medals were purchased by his old regiment, the King’s Shropshire Light Infantry in 1953 from a grand niece for ₤100, and are held in the regimental museum in Shrewsbury Castle.”

Charles Irwin was 49 years old when he died in April 1873 and during his distinguished military career he had served 21 years in different units of the British Army. He is buried with his brother Edward in St. Mark’s Churchyard, Aghadrumsee, Magheraveely, Co. Fermanagh.