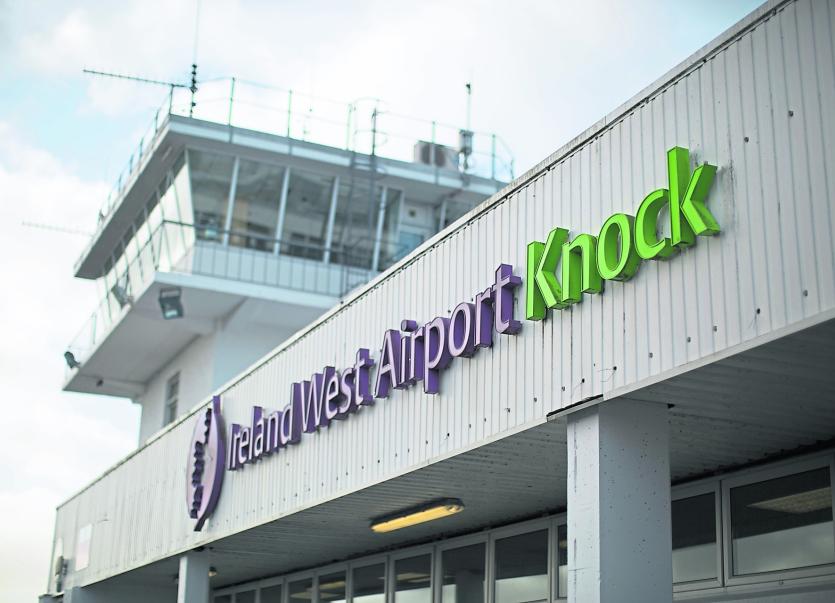 2017 has proven to be the busiest year on record at Ireland West Airport with passenger numbers reaching 750,000 for the first time in the airports history, surpassing the previous record of 734,000 passengers achieved in 2016.

In 2017, the annual number of passengers using the airport increased by 2% to 750,000, an increase of 15,500 passengers compared to 2016. The airport now serves 23 International destinations and is served by three of Europe’s major International airlines, Aer Lingus, Flybe and Ryanair.

Despite the ongoing concerns over Brexit ,within the aviation industry in particular, the growth in passenger numbers in 2017 was fuelled by a very strong performance across the range of UK services available at the airport, with an extra 18,000 passengers travelling to and from the UK in 2017, which represented a 3% increase on 2016 numbers. Passenger numbers using Flybes services to Birmingham and Edinburgh reached record levels whilst Aer Lingus recorded the highest number of passengers using their London Gatwick service since the route started in 2009.

The strong increases on UK services highlights the importance of the airport from a regional perspective in providing essential connectivity for leisure, tourism and business passengers reflected by the fact that the airport now serves 9 different airports across the UK which represents the biggest selection of UK services to and from the West and North West of Ireland.

Services to Continental and Mainland Europe continued to perform strongly with over 100,000 passengers availing of flights to a range of European destinations such as Alicante, Barcelona, Malaga, Lanzarote, Milan, Tenerife and the Costa Dorada service with TUI Holidays.

2017 also saw the airport commence work on a €15m facilities investment plan aimed at transforming the airport over the next three years. The investment strategy will see over €15m invested in new passenger facilities, terminal upgrades and infrastructural works across the airport facility and runway. By the end of the first quarter of 2018 almost €4m worth of major infrastructural projects, to improve the operational efficiency and to upgrade and enhance the airports facilities and services, will have been completed.

Commenting on the 2017 performance, Joe Gilmore, Managing Director at Ireland West Airport said: “We are delighted to have had a record year in 2017 with passenger numbers reaching 750,000 for the first time in the airports history which is good news for the regional economy, for tourism, and for job creation, both at the airport and in the wider economy. I would like to express our continued thanks to our customers, airline and tour operator partners, stakeholders, tourism groups, local authorities and Govt representatives for their ongoing support in helping us to continue to grow passenger numbers and develop international connectivity for the region. I would also like to say a special word of thanks to the staff at the airport for their hard work and continued focus on ensuring the customer and passenger experience through the airport is both a safe and welcoming one in light of some very challenging weather conditions particularly over the past couple of months."

2018 has already got off to a strong start with the announcement this week of a new service to Palma Majorca with TUI Holidays, which will commence in June 2018. In addition Flybe, Europe’s largest regional airline, announced they would be adding an extra 16,000 seats on their services to Birmingham, Edinburgh and Manchester in 2018 and Ryanair have increased capacity on their Milan service by 35%, adding an additional 3,500 seats for summer 2018.

Furthermore, the continuation of the airport transformation programme will further enhance the airports reputation as the faster, easier, friendlier airport of choice for those travelling to and from the West, Midlands and North West of Ireland providing passengers with a positive, modern, airport experience whether arriving or departing as we enter the next phase in the airports development.