Sadness at the passing of Paddy Mulvey 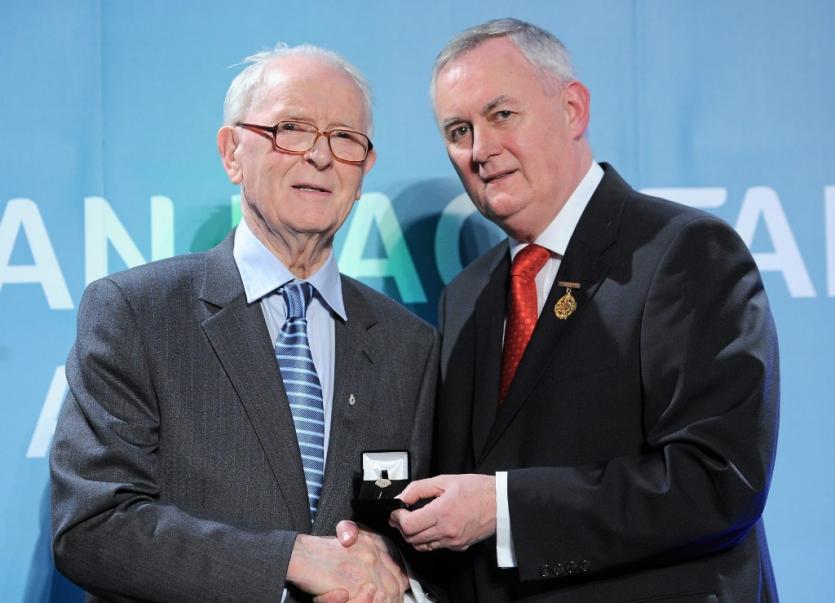 There was sadness in the Carrick-on-Shannon and North Roscommon areas with the passing of Paddy Mulvey on Friday last, January 5.

Paddy, from Mullaghmore, Carrick-on-Shannon, was a stalwart of the Shannon Gaels GAA Club and Roscommon County Board where he served in various capacities for over 50 years.

Epitomising what the GAA means to local communities, Paddy dedicated his life to the Association as a player, official, referee and assisted in any other task that needed to be done. He was presented with a President's Award in 2011 to honour his unique contribution to the GAA.

Paddy was predeceased by his wife Jo and is survived by his sons Fergal and Ronan, daughters Ann Marie, Fionnuala, Edel and Carmel, his daughters-in-law Myra and Maria, his sons-in-law Pat McManus, Ronnie McBride and Pat Donohoe (former Leitrim footballer), his sister Sal Boyd, grandchildren, relatives and friends. Paddy was laid to rest in Drumlion Cemetery following funeral mass in St. Michael's Church last Sunday. May he rest in peace.