Drumkeerin Drama Group present “A Wake in the West” 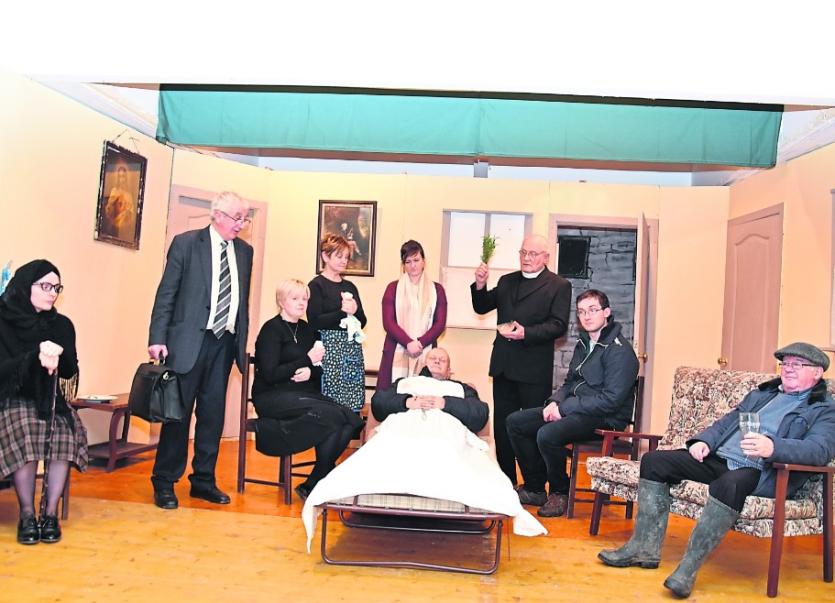 Tom Healy (Joe Walpole) was an awkward character in life. His immediate family and neighbours had hoped that in death all his contrariness would go with him.

However, his extraordinary requests as to how he would be laid to rest, if possible, along with the most unusual and weird desire of one of his neighbours, Rose (Paula Connaire), to gain by his death cause mayhem at his wake. 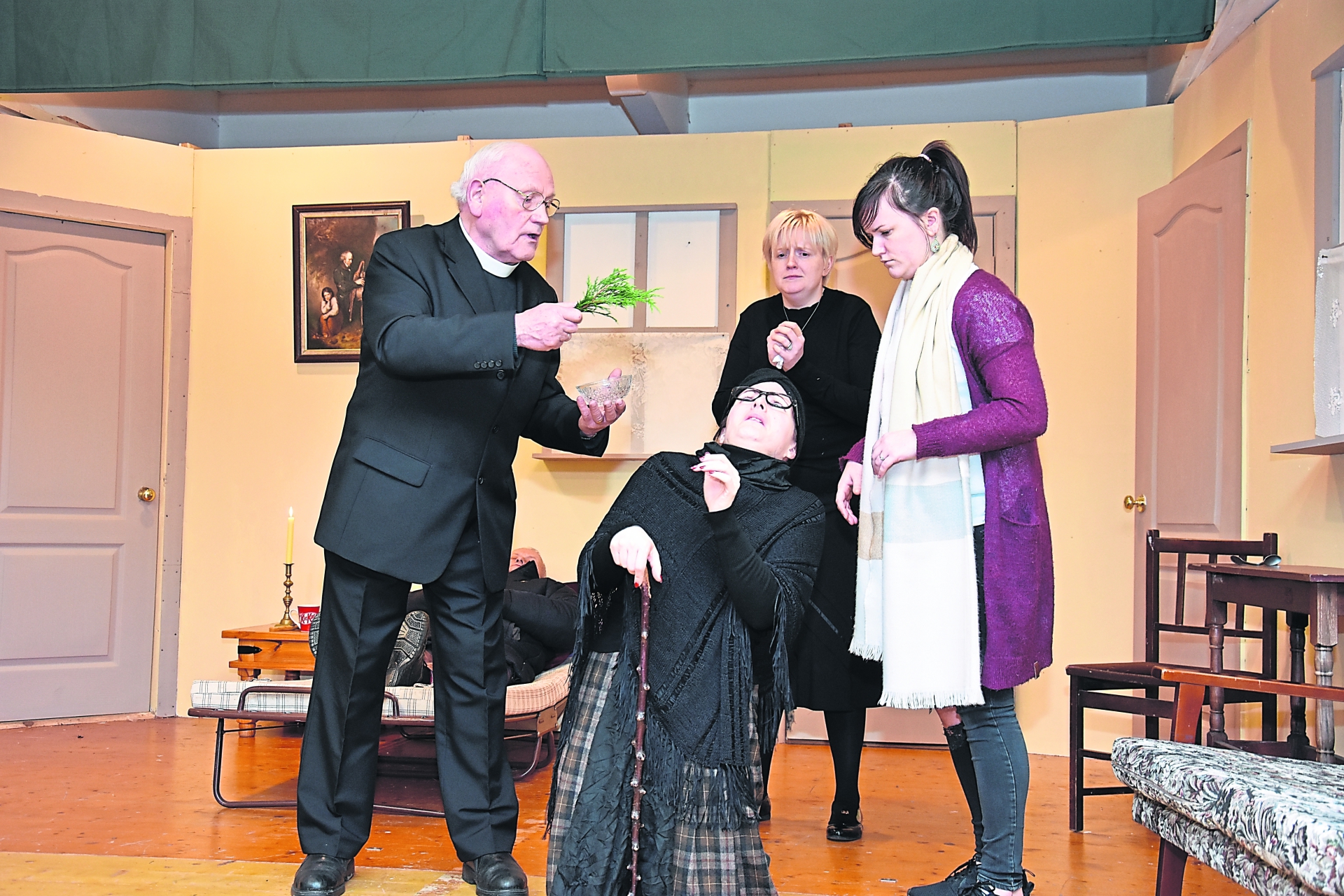 All this is further exasperated when the drunk and most unreliable Barney (Seamus Gallagher) botches the funeral arrangements. Audiences will be transfixed and rolling with laughter as the extraordinary happenings unfold.

Such is the popularity of the play, Drumkeerin Drama Group has decided that booking would be necessary to avoid disappointing. To book, call (086) 1608378 and tickets can be collected and paid for on the night.