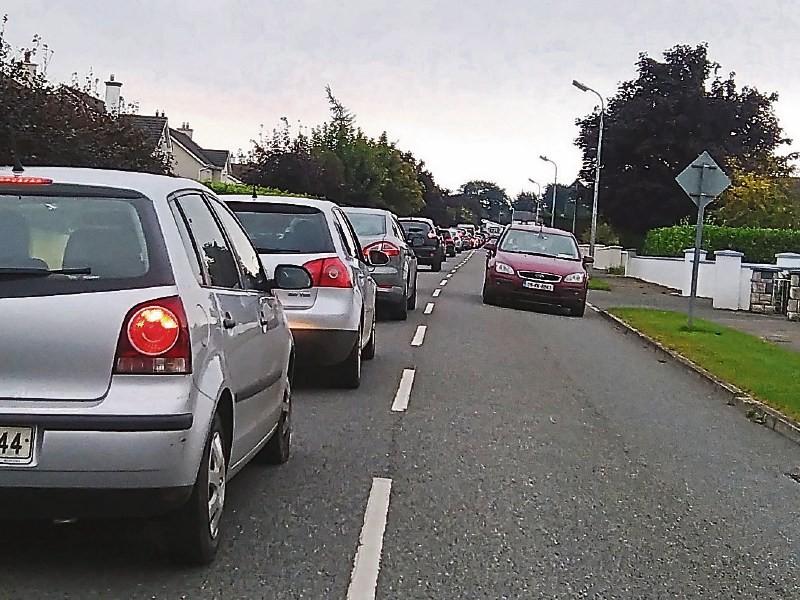 The ongoing traffic problems in Carrick-on-Shannon, and particularly the events of last Friday evening, has brought into sharp focus the need for a bypass, or ring road, to be constructed around the town.

The chaos that ensued following a multi-vehicle collision in the Cortober area of the town was raised at last Monday's meeting of Carrick-on-Shannon Municipal District.

Cllr Enda Stenson proposed the Council would call on Transport Infrastructure Ireland (TII) to immediately look into the possibility of creating a ring road around the town as traders could not wait for the TII to make a decision on the long-awaited bypass of the town.

“Last Friday shows the problem that exists there,” Cllr Stenson told the meeting.
“I think there's a huge problem and I don't know if we should or can wait for this bypass to come that connects Mullingar to Sligo.

“There should be a ring road as close to the town as viably possible,” he suggested.
“I know that's going to involve a bridge and that's extra money but it would give a proper structure to the town.

“It's vital at this stage because business is being lost. I know a lot of people that are heading to Longford instead of Carrick at this stage, particularly at the weekends because from Friday at dinner time the traffic problems of getting in or getting out or crossing the bridge is not easy for a person from our side of Leitrim and they just don't want to do it any more,” he said.
Cllr Finola Armstrong-McGuire totally agreed with his comments and described what happened last Friday as “a terrible incident.”

Cllr Armstrong-McGuire was herself caught in traffic on the Roscommon side of the bridge and had to park up and walk back across.
She said so many people were affected by the congestion, those making and receiving deliveries, people trying to make buses, trains, or flights. She said that taxis couldn't move for two hours.

“It was a once-off but it was a very bad experience for Carrick,” she said.
Cllr Armstrong-McGuire outlined that Carrick Chamber of Commerce has met with the Joint Oireachtas Committee on Transport to discuss the upgrading of the N4 and the recommendation they made was that the N4 would be put in with the N5 for a joint capital programme. The N5 appears to be going ahead and the plan for the N4 is pushed out to 2021-2025.

“Carrick-on-Shannon is growing, it's a very central town and it cannot be marred by events such as last Friday evening. It was terrible. The message went out warning people not to come into Carrick and that is a message I never want to have to give. There wasn't a person on the street from 5 o'clock on Friday evening,” she said.

Issuing a warning of what a repeat incident could do for the town's image, Cllr Armstrong-McGuire said, “The town is strengthening because of the hard work of the young people who are involved in business. A couple of incidents like last Friday will jeopardise that greatly.”

She produced a copy of the Leitrim Observer Weekender newspaper from 2006 with a front page headline 'Push is on for Carrick Bypass' and was incredulous that, 12 years on, they are still asking the same questions.
Cllr Armstrong-McGuire argued that Leitrim County Council needs to lead on this and put it in concrete terms what is being done. She also said that people living along the proposed bypass route don't know where they stand at the moment and cannot plan ahead.

Cllr Sean McGowan supported the motion and said the ring road is needed now and they can't wait any longer.
He said Hartley Bridge needs to be replaced and they are waiting on funding on that as well but that should be incorporated in the new road and it could “marry up with the proposed motorway when it comes.”

He described the incident last Friday as “shocking” and said “an awful lot of people were seriously discommoded for an awful long period of time.”
He added that at weekends and most evenings Carrick-on-Shannon is very difficult to get through.

Cllr Sinead Guckian concurred with everything that was said.
“Unfortunately, we are becoming a town with a reputation to be avoided at the weekend for traffic and that is not a situation we want to be in or our traders to be in,” she stated.

Aside from last weekend's event, she said it has been happening for a long time now.
“We do not want that reputation, for people to think they cannot come near this town at weekends,” she said.
Cllr Des Guckian supported the proposal for a ring road “on its own, very close to the built up area, about a mile out.”
He said the traffic is indeed very congested all around Carrick-on-Shannon, especially on Sunday evenings, and there's a need for a second bridge over the Shannon. He said, however, that he was opposed to an extension of the Dromod-Rooskey Bypass.

Shay O'Connor, Senior Engineer, Roads, outlined that Leitrim County Council has received an allocation of €25,000 this year from the TII regarding the Carrick-on-Shannon Bypass.

“It's good we're having a discussion as the scheme has come back on the list of projects that are available for funding. It had been suspended for the last number of years. It's good they have at least taken the first step to analyse what work has been done, to see what new work needs to be done to bring it up to current legislation and standards. We are still waiting on the TII on the next process after that,” he said.

In relation to the construction of a ring road as opposed to a bypass, Mr O'Connor said he didn't think you could bring the road any closer to town than the (bypass) route that's there at the moment because he doesn't think there is a viable route.
Construction of that road would solve the problems of the traffic congestion that was talked about by the councillors, he said.

“These are all the items we will be discussing with the TII in the next couple of months,” he said.
The only word of caution he told the meeting is that 20 to 30 other projects have got similar funding this year throughout the whole country which were suspended all at the same time and the TII have decided to start looking at them all again.