Your fortnightly column on the financial issues of the day 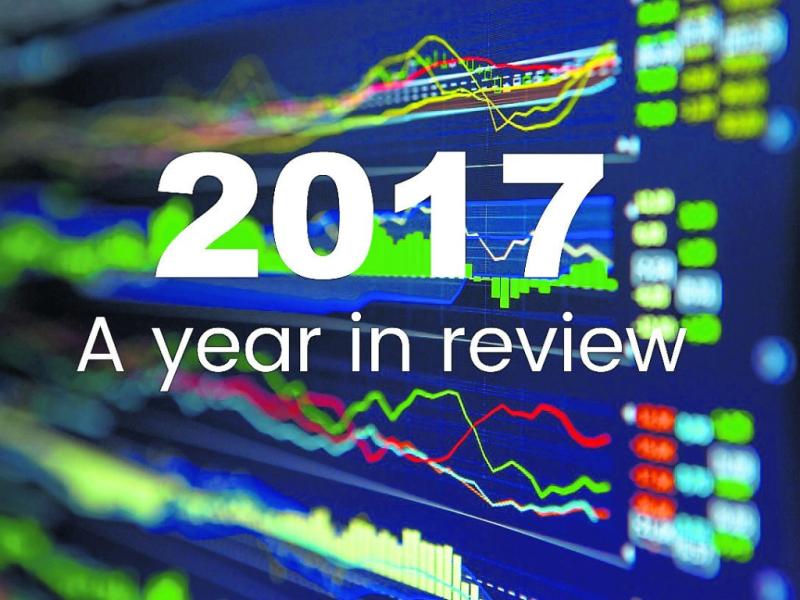 As we begin a new financial year it is sometimes helpful to look back, to reflect on what you may have achieved but more importantly to see if you can use this information to help inform future decisions, this is particularly true of Investment markets.

While we’ve all heard the warning “past performance is not a guide to future performance” it can still sometimes help us avoid repeating the same mistakes.

Most investors will approach 2018 in an upbeat mood. Those who were invested in stock markets were well rewarded in 2017 although a resurgent euro may have eroded some of their returns. The Euro opened the year at $1.05 and closed the year at $1.19, this dampened many of the gains experienced by Euro based Investors.

The MSCI All-Country World Index, which is a benchmark Index for the Global Economy rose 21.8% over the course of the year. Financial Markets in general have shown surprising strength despite tensions in North Korea, ongoing Brexit negotiations and political upheavals in Washington.

2017 was a record breaking year for some markets in particular, many major financial indexes hit their all-time highest levels during the year. In the US the benchmark index for t equity performance is the S&P 500, it surged ahead 19.5% this year and the Nasdaq Index which includes a lot of the technology stocks increased 28.2%, technology stocks were a particularly strong driver of US Equity Performance led by the so called FAANGS (Facebook, Apple, Amazon, Netflix & Google) these companies showed no signs of slowing down in 2017 and were up by an average of 40%.

European markets also posted their best year since 2013 however European Equities once again underperformed their US Counterparts. The Eurostoxx 50 Index tracks the largest 50 companies in 11 Eurozone Countries, it grew by +6.49% during the year with some of the biggest winners being Airbus, LVMH & EON.

In Commodities, gold had a very strong year in 2017 , the bullion price posted returns of +12.5% over the 12 months. Golds traditional position as a hedge against equity prices should keep the price positive for 2018 also. Oil also continued its recovery during 2017, Crude Oil WTI Price started the year around $52 and although it suffered falls mid-year it finished at over $60 per barrel. Early trading in the first 2 weeks of 2018 has seen the oil price rise by a further 6%.

No review of the year would be complete without making at least some reference to Bitcoin. It started 2017 under $1,000. By the end of July its price had more than tripled to about $3,260. There was more to come however. The eye-popping triple-digit return was not nearly enough. From here Bitcoin more than sixtupled reaching $19,500 in December 2017, for an incredible +1,920% gain, although it has since pulled back somewhat.

It is impossible to predict how the cryptocurrency story will end and that is why many investors are still wary of it. It continues to be unpredictable, unregulated and extremely volatile, for anyone considering a “punt” because that’s exactly what it is, “Buyer beware”.

In terms of what 2018 holds, all of the Economic Indicators are pointing towards another good year for world Equity markets. As in 2017, asset classes like equities, property, credit and commodities should outperform cash and government bonds, assuming the recovery continues. The same basic rules apply as always. Before undertaking any form of Investment always carry out a thorough assessment of your risk profile but also give due thought to your capacity for loss.

All details and views contained within this article are for informational purposes only and does not constitute advice. Wealthwise Financial Planning makes no representations as to the accuracy, completeness or suitability of any information and will not be liable for any errors, omissions or any losses arising from its use.