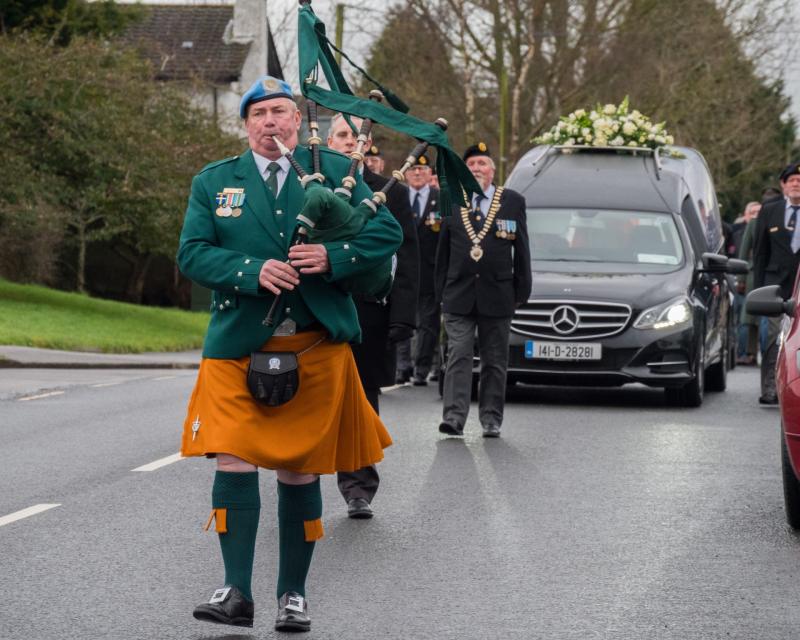 The funeral cortege of Lt Gen Gerry McMahon in Newbridge.

President of Ireland Michael D Higgins was among the mourners as former chief of staff of the Irish Army Lt. General Gerry McMahon was given a fond farewell at Cill Mhuire Church, Ballymany, Newbridge, Co Kildare. The retired chief of staff died last Friday at the Blackrock Clinic surrounded by his family.

Fr Paul Dempsey, the lead concelebrant said that Gerry had faced hardship and danger in his life and work. He had a glittering career but he was a profoundly humble man. It was about service, not about him, Fr Paul told the congregation.

“For him it was a great honour to serve his country and the cause of peace,” said Fr Paul. He wanted his funeral to be low key, not a big State occasion.

Born in Limerick, Gerry was a pupil at Sexton Street CBS after which he entered the Army on December 7, 1953 and trained at the Curragh Camp, Kildare.

Lt Gen McMahon's career spanned 45 years and he took on many different appointments including his time spent as Chief of Staff of the Defence Forces until his retirement in August 1998. 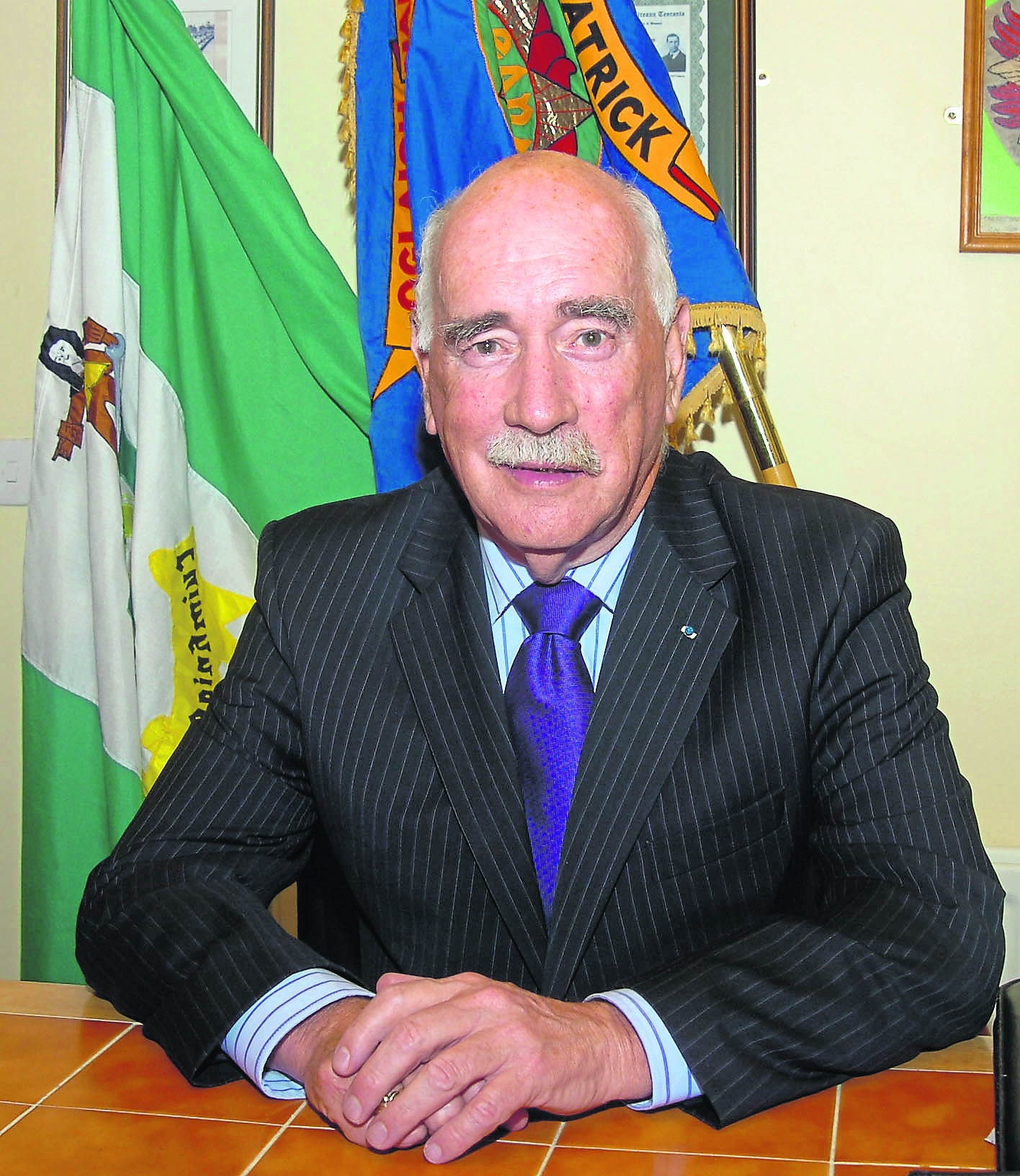 Lt Gen McMahon held various appointments throughout his career, including Chief Instructor and Second in Command of the Cadet School and Comdt of the Military College. He also held the appointment of Training Officer in the 19 Infantry Battalion in Co. Leitrim.

Lt Gen McMahon served on a number of tours of duty overseas, including in Lebanon, Cyprus and the Democratic Republic of Congo.