Derelict hotel has been targeted by thieves and vandals 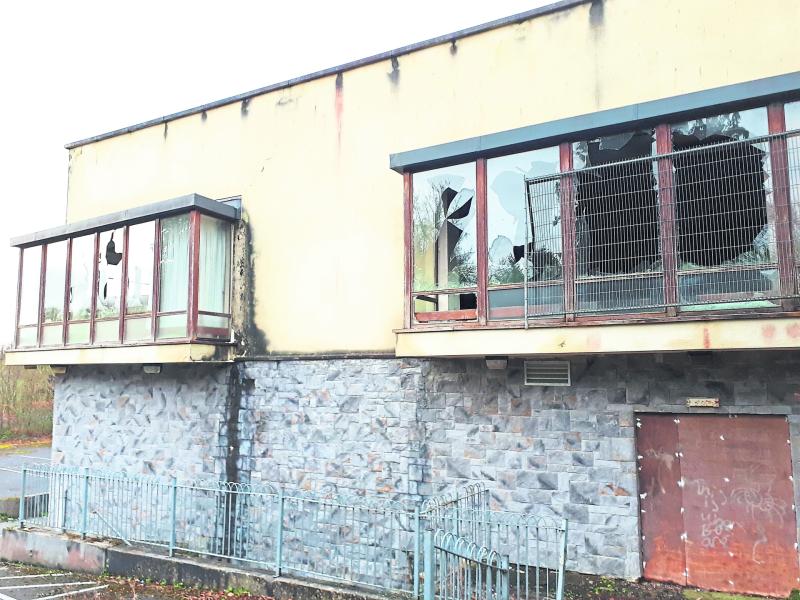 It would appear the long-running saga of the future of the derelict Abbey Manor Hotel in Dromahair is reaching something of a conclusion after Leitrim County Council's Senior Planning Officer confirmed the local authority plan to take legal action against the registered owners.

The property shut in 2009 just five years after the extended hotel and function centre was officially opened by then Minister for Finance, Charlie McCreevy.

Since then the hotel - part of which is a listed structure in excess of 200 years old - has rapidly fallen into disrepair. It has been targeted by vandals and was set on fire, items have been stolen from inside and nearly every window in the function room has been smashed.

Cllr Mary Bohan highlighted the issue at Monday's Manorhamilton Municipal District meeting noting the building is “being used for anti social behaviour, is unsightly and unsafe.”

She urged the Council to take legal action against the owners to compel them to carry out remedial works required under law on the structure.

Senior Planner at Leitrim County Council, Bernard Greene, pointed out the Council has previously issued two notices to the owners of the hotel, one in relation to the derelict extension and one relating to endangerment of a protected structure.
Neither notice has been acted upon and both parts of the structure are continuing to deteriorate with Mr Green noting the extension “must be the newest building in Ireland ever served a dereliction notice on”.

Referring to difficulties in establishing ownership since the property closed, Mr Greene said it has now been established that there are four owners, two of whom are deceased.

The Council will now seek to pursue the two surviving owners (who they have not named) for non-compliance with the previous dereliction notices.

Unfortunately there is no provision in the legislation to compel the owner of a Protected Structure to undertake works to safeguard the building but Mr Greene said he hopes an undertaking could be sought from the Judge hearing the case and that, as part of any ruling, an order could be made forcing the owners to safeguard the historic Dromahair hotel.