Anger as owners fail in 'living up to their responsibilities' 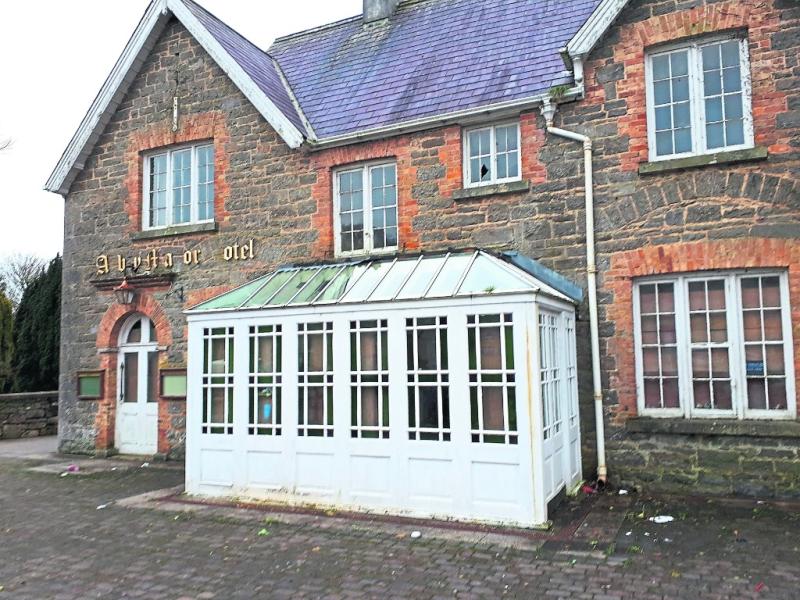 Cllr Mary Bohan described the Abbey Manor Hotel site in Dromahair as an “unsightly eyesore” which is attracting anti-social behaviour and criminal activity to the area.

“I can't remember how many times I've put motions down on this issue,” she observed at Monday's Municipal Meeting.
“Anyone can access (the hotel) building now and most recently there were known criminals using the building,” she said.
“It is disgraceful that the owners have let this building become derelict and a danger to the people of Dromahair. It is very unjust that (the owners) think they can just walk away from this building.

“I am specifically calling on the council to take legal action against them. If people are not living up to their responsibilities they should be made to do so. We owe it to the people of Dromahair to do something.

“The owners have a duty to make the building safe and I can't see why they don't do what they should. It is disgusting.”
Chief Planner, Bernard Greene, said the process of dealing with this site had been complicated by difficulties in establishing who owned the property. At one stage the Council was investigating claims that a consortium owned the property with ties of up to 16 people. Over the intervening years the Council has established that there are four registered owners. Notices were served on the owners in relation to the protected structure and the extension and a proper period had to expire before legal proceedings could be considered.

The Council has never named the owners of the property but has acknowledged two of the four registered owners are deceased.

Adding to complications approximately a year ago a third party expressed an interest in becoming involved with the current owners with a view to re-establishing a commercial business in the former hotel. However no planning application has been lodged with the Planning Authority in relation to this.

“This is very frustrating for us as well. Now that ownership has been established we will go back to our legal advisors,” Mr Greene told the meeting.

Cllr Frank Dolan welcomed the news agreeing the site has become “a haven for anti-social behaviour”.
“It is shameful, this whole development was done under Section 23 (tax relief) and then the owners just closed the doors and walked away and left it to disintegrate,” he said.

“At this stage the cost of (reinstating) the property would be enormous.”
Cllr Padraig Fallon said it is vital that all avenues of access to this property be properly secured to prevent further deterioration.