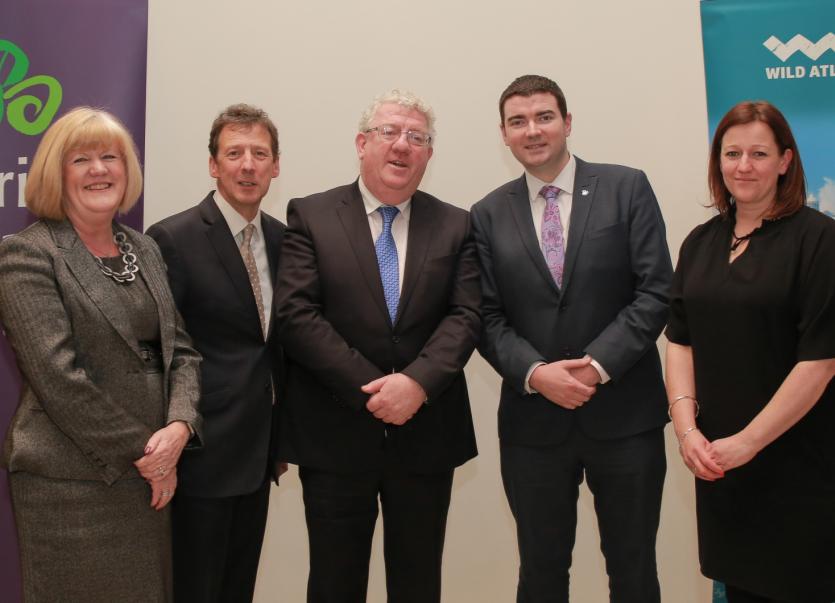 Representatives at the meeting.

Minister of State for Tourism and Sport, Brendan Griffin, has been visiting London, where he met with the Tourism Ireland team, as well as with senior Irish tourism representatives – including Joe Dolan of the Bush Hotel.

They discussed the implications of the decision by the UK to leave the EU on travel to Ireland and the actions being taken by Tourism Ireland to mitigate the impact of Brexit, to ensure that Ireland defends its share of this most competitive travel market.

Attendees were briefed on Tourism Ireland’s promotional programme for 2018, including a new €1.35 million Wild Atlantic Way campaign. The campaign will be rolled out over the coming weeks and will run in cities with direct flights to Ireland, reaching at least 10 million potential holidaymakers around Britain.

Julie Wakley, Tourism Ireland’s Head of Great Britain, said: “We were delighted to have the opportunity to brief Minister Griffin and our tourism partners from Ireland on our 2018 programme of activity, including our expanded partnership programme with airlines, ferry operators and tour operators, which will communicate a strong price-led message to prospective British visitors. The decline in the value of sterling has made holidays and short breaks in Ireland more expensive, which is in turn impacting on travel from Britain, as evidenced in the latest CSO figures – which confirm a decline of around -5% in British visitor numbers to Ireland in 2017. Therefore, competitiveness and the value for money message are more important than ever in Britain right now. Over the coming months, we will be rolling out an extensive programme of activity, to boost business and defend our share of this competitive market.”