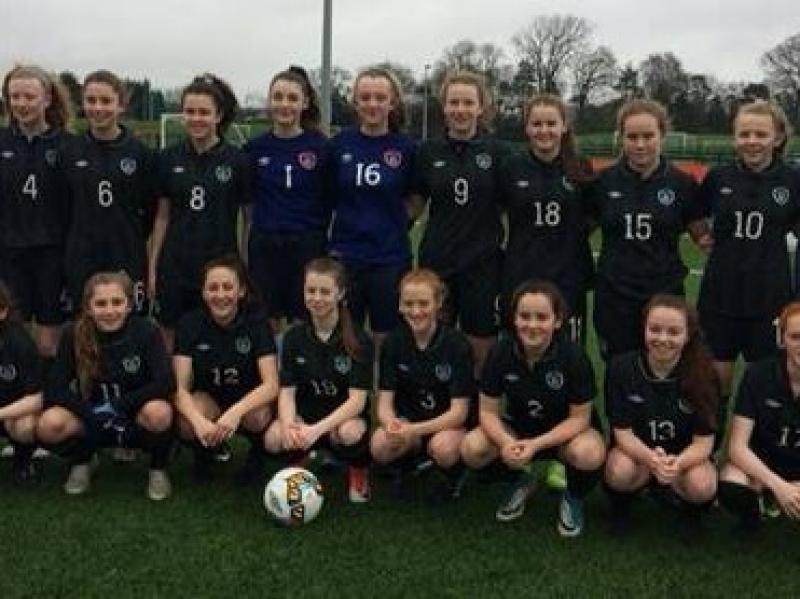 St Clare's Comprehensive School student Muireann Devaney has been named in Ireland U15 manager Richard Berkeley's squad for this season’s International series which will see the U15 Girls’ face Northern Ireland and England in two friendly games before heading to Belfast to compete in the prestigious Bob Docherty Cup.

The final selection stems from months of assessment days and monitoring of players since the conclusion of the annual Interprovincial Tournament last November. The three day event saw 68 of the best player’s line out for their Province. This was the first step in a comprehensive review period for the management team which saw in effect of over 40 players screened.

As well as the on the pitch activity, Berkeley has concentrated his efforts on performance analysis, team building, communications and team dynamic. The Republic of Ireland’s extended panel featured in a friendly last weekend against the U17 Western Region Development squad and performed exceptionally well. A hat-trick of goals were created in this lively affair which will definitely instill a new found confidence when they take on their opposition in a fortnight’s time

Berkeley who teaches in Sancta Maria College, Louisburgh has a wealth of talent at his disposal this season with FOUR players returning to the fore in 2018.

The experienced St. Paul’s Secondary School scholar Anna Fahey of Oughterard will be an immeasurable addition to this squad and has the striking boots on all season for the Schools select. She has footballing credentials as she follows in her Aunt Niamh’s footsteps.

Fahey will be joined by Connacht colleague Muireann Devaney who hails from Manorhamilton. The youngster attends St. Clare’s Comprehensive School in the town and will be another hot-shot going forward.

The Republic of Ireland will welcome Alfie Wylie’s Northern Ireland side to the AUL Complex, Clonshaugh on Saturday, February 17. The two teams met twelve months previous with the Republic coming through that test with slight ease.

Following this, the U15 Girls will be invited to take on Sharon Boyle’s U16 contingency in a closed session in early March before departing a week later for Stafford as they take on England in the annual John Read Cup.

With the final preparations then complete, the focus will shift to the International stage as Berkeley’s squad make the short trip to Belfast. The Welsh Dragons won the event in 2017 and were in remarkable form which has carried through to this season so they’re still the hot favourities. The strength and depth of that panel can’t be underestimated as the draw for the tournament has yet to be finalized. Berkeley will be hoping to avoid them in the group stages.  The three day tournament will commence on Saturday, March 24.

England vs Republic of Ireland