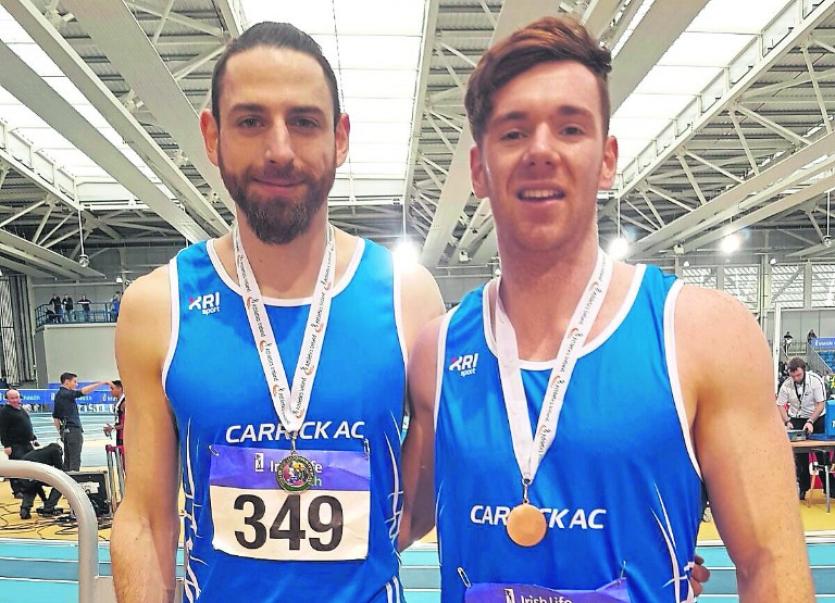 Leitrim’s speed kings were absent from Irish athletics showpiece event of the indoor season last weekend but for different reasons.

Carrick AC’s Eanna Madden saw his short indoor campaign come to a shuddering halt in the Irish Universities in Athlone last week when an injury sustained during his personal best run over 60m meant he was unable to run the Irish Life Health Senior Championships in Dublin.

The Mohill man suffered a slight knee strain in the first few steps of his 6.89 second outing and it got worse during the week, necessitating the UCD student to miss out.

For Gerard O’Donnell, missing the Indoors is part of a plan to ensure that he reaches the outdoor season in prime physical condition, injuries hampering his outdoor campaigns over the last two years.
With the European Championships in Berlin in mind, O’Donnell decided to skip the entire indoor season and will make his 2018 debut probably in early May.

There was one Leitrim athlete in action in Abbottstown with Cathal McElgunn running a tenth of a second slower than his indoor best in the 400m heats, his time of 52.48 leaving him fourth in his heat.

The emphasis turns to the next generation of stars next weekend when Athlone’s AIT International Arena hosts the Connacht Indoor Championships.

Saturday will see the U12 and U13 athletes in action with U14 up to Senior competing on Sunday, the top three individuals in each event qualifying for the National Championships in March.