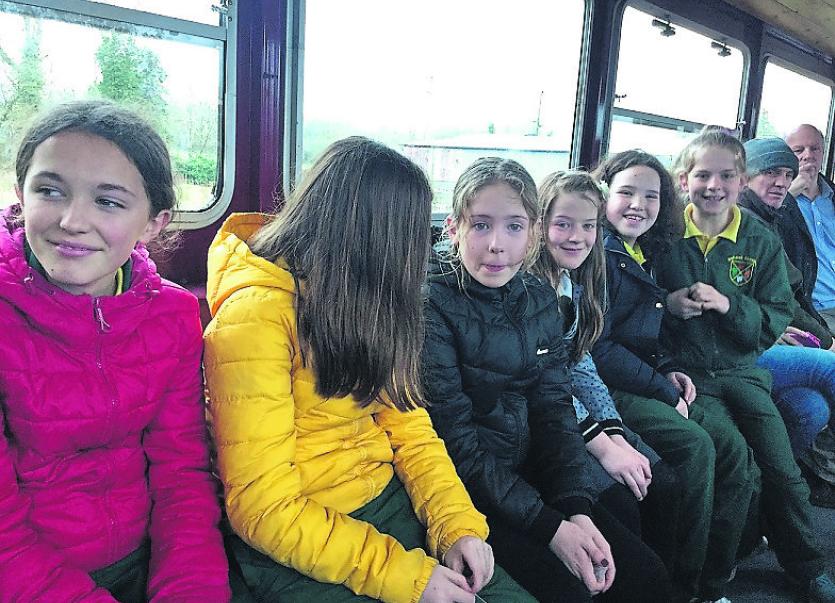 Children from Gaelscoil Liatrioma who visited the railway will also feature on the show.

Also included on the programme are children from Gaelscoil Liatrioma in Carrick-on-Shannon who spent the day experiencing all the railway has to offer.

The railway is due to re-open on April 1, Easter Sunday and people will be able to experience the train, built pump trolley (the only one in Ireland) along with all the memorabilia from the age of the Cavan/Leitrim railway. These will all feature on the programme.

It is further hoped that the second steam engine refurbishment will be completed later this year.