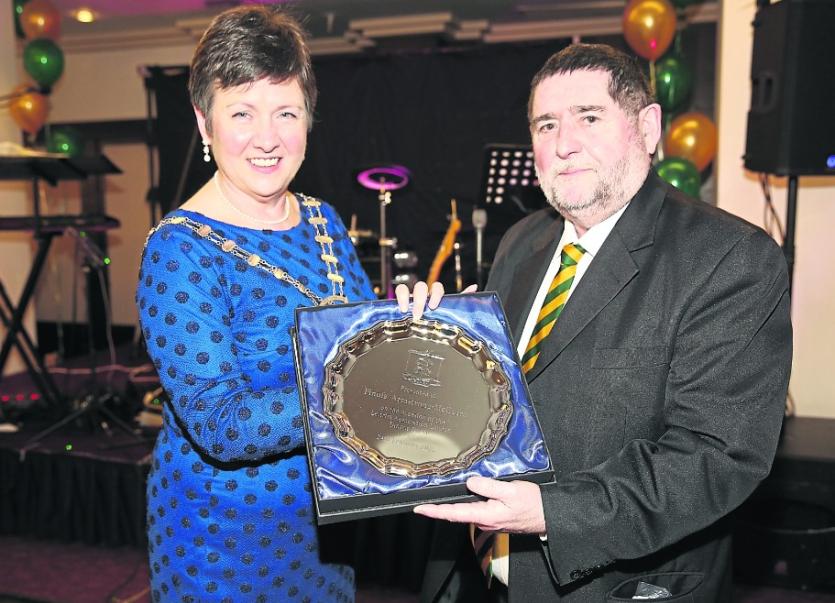 Over 200 people from all corners of the county attended a great night hosted by the Association members.

“I was especially delighted to meet the hardworking committee. Each member gave me a warm and personal welcome to their great event,” she said.

“During the course of the conversations on the night I was brought all around the county.

Drumkeerin was represented well as was Tarmon nearby. Drumshanbo, Fenagh and Kilclare had strong representation. Mohill, Dromod, Aughavas and Cloone had supporters around many tables.

“Rosary High School was the Alma Mater of some while apprenticeships served around the county were mentioned frequently. Early evening music was provided by a Marist Convent graduate and her family.

“While many were from Leitrim and proud of their homeland, their friends sharing the night with them were from all corners of Ireland. Cork, Kerry, Wexford, Longford and Roscommon natives to name a few. Luton friends also came to support the event.

“There were many stories told of those who emigrated. Leaving home as a young teenager was not unusual. A gentleman left Drumshanbo not yet having had his 15th birthday and one month after arriving in London declared himself 17 years of age.

“I haven’t dared to mention names only because I met so many and all remain with me as our superb ambassadors and friends in London.

“No names mentioned, however there is one exception. As I entered the hotel lobby I met Mick Curry, the Chairman of the Association. He enquired which Armstrong family I might belong to in Carrick.

His opening line was, “At 15 years of age beginning my apprenticeship in Flynn's bar in Carrick-on-Shannon I was taught how to pull my first pint by Paul Armstrong. Would you be any relation of his?” To which I of course replied “My father.”

”It was easy to be at home in London with the Leitrim People's Association,” Cllr Armstrong-McGuire said.

Nice to meet Sam after all these years at Leitrim London Dinner Dance The Crown Hotel in Cricklewood. It’s been too long! #GAA #Down1994 pic.twitter.com/jIMJF2ygHd