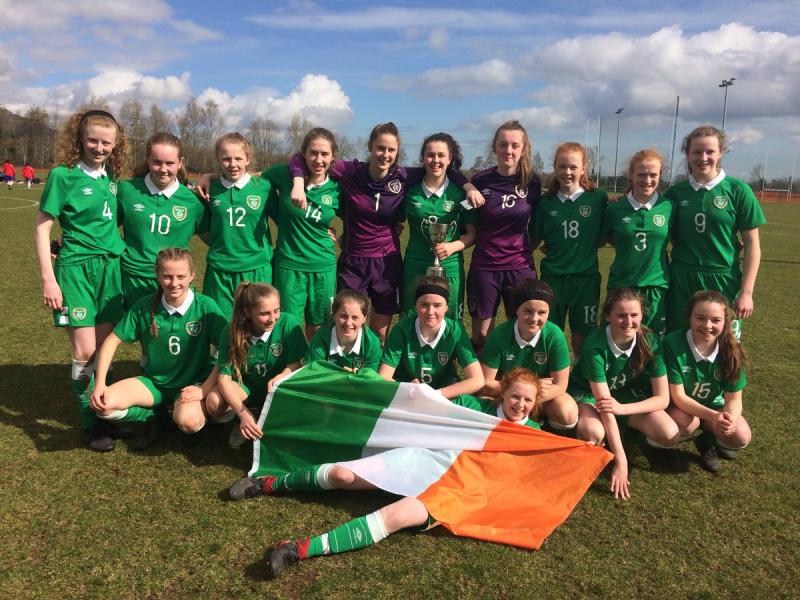 St Clare's Comprehensive School's Muireann Devanney played a key role for the Ireland U-15 team today as they saw off the challenge of England to claim the Bob Docherty Cup.

Ireland and England were the form teams in the competition heading into this morning's final with Ireland having defeated Northern Ireland B (5-0) and Scotland (4-0).

The tournament which was played in the Ulster University, Jordanstown Campus saw England defeat Northern Ireland A and Wales to advance to the final.

England opened the scoring in the first half through Lydia Hudson before Manorhamilton's Muireann Devaney levelled matters with a stunning strike.

Muireann and the Ireland team were congratulated by her club, Manor Rangers on their magnificent victory.