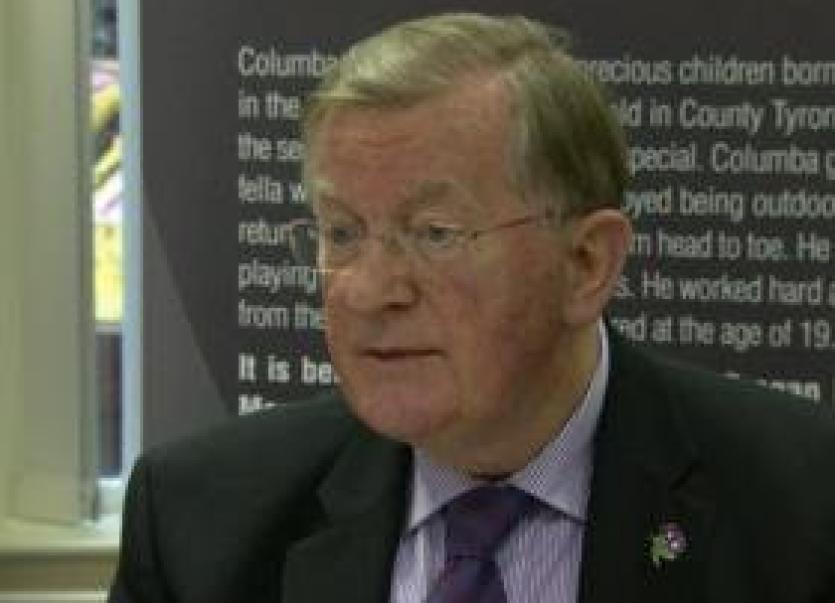 Mr Murray served at the Land Commission, the Houses of the Oireachtas and at the Department of the Taoiseach where he worked in a number of Divisions before becoming Secretary General to the Government (1993 to 2000).

He had also served as Private Secretary to then Taoiseach Liam Cosgrave. On retiring he assumed a number of roles including as Commissioner on the Independent Commission for the Location of Victim's Remains, in which he was currently serving.

He was also involved in the Military History of Ireland Trust and was a strong supporter of the Institute of Public Administration, for which he served in several capacities.

"As a public servant, in a distinguished career, he held the respect of members of the Government right across the political spectrum.

"I have the warmest memories of his service in the 1990s.

"After his retirement, to his native Leitrim - for he was a proud Leitrim man – he went on to serve the State in a most valuable way, including in the search for the Disappeared.

"To his family and friends, I offer my deepest condolences."

Extending his condolences the Taoiseach said, "Frank Murray was an exceptional public servant. He enjoyed a long and distinguished career in the Civil Service and I want to acknowledge his many years of loyal service to many Governments. In particular, I also want to acknowledge the professionalism and sensitivity he brought to his work over the past number of years at the Independent Commission. He was also a proud Leitrim man who never forgot his roots."

In extending his deepest sympathies to Frank's wife Maureen, to his children Geraldine, Paul, Catherine and Ciara and to his extended family, the Taoiseach said they should take great pride and consolation in Franks wonderful service to Ireland.

Minister for Justice and Equality, Charlie Flanagan, a personal friend of Mr Murray's also paid tribute to the Leitrim native.

"It is with great sadness that I have learned of the passing of my good friend Frank Murray.  Frank was a most dedicated and distinguished public servant.  He began an exemplary career with the civil service in 1960, which culminated in his appointment as Secretary General to the Government in 1993.  He served in that key position during the crucial period which led to the Good Friday Agreement.  Following his retirement in 2000 he continued to contribute his considerable talents to Irish public life and held a number of Board level positions with the Public Appointments Service, the Military Heritage of Ireland Trust, the Parnell Society and the Institute of Public Affairs (IPA).

"In 2006 Frank was appointed  by the Government as co-Commissioner of the Independent Commission for the Location of Victims’ Remains, succeeding former Tánaiste John Wilson.  He had a particular commitment to the cause of the disappeared and their families and he never wavered in his pursuit of the humanitarian objectives of the Commission.  On Palm Sunday of this year, as every year, he attended the Mass in St Patrick’s Cathedral Armagh for the Disappeared to stand with the families and to show his unstinting support for the return of their loved ones.

"In all of his work Frank was a consummate professional and a perfect gentleman.  He has truly done this State some service.

"I want to offer my most sincere sympathies to his wife Maureen and to his children and grandchildren at this difficult time.

There were further tributes to Mr Murray posted online.

Sorry to learn of the death of Frank Murray, former Secretary General at the Department of the Taoiseach. I remember him as a calm, wise, reassuring presence at the heart of our civil service. May he Rest in Peace. https://t.co/GTnq1xtMRX

I am sorry 2 hear of the death of Frank Murray, a Commissioner for the Location of Victims Remains. Frank was a decent courteous man & an outstanding public servant. I extend my sympathy to his family. Go ndeanfaidh Dia trocaire air.

Frank Murray was calm, compassionate and had quiet determination to see the work on the Disappeared through. He gave the families comfort & reassurance that they would not be abandoned.He always attended the Palm Sunday Disappeared Mass and was with the families last week.

The Families of the Disappeared have expressed their shock and sadness at the news of the death of Frank Murray, the Irish Government's Commissioner on the Independent Commission for the Location of Victims’ Remains. #Iclvr pic.twitter.com/Kr0c2H9cFj