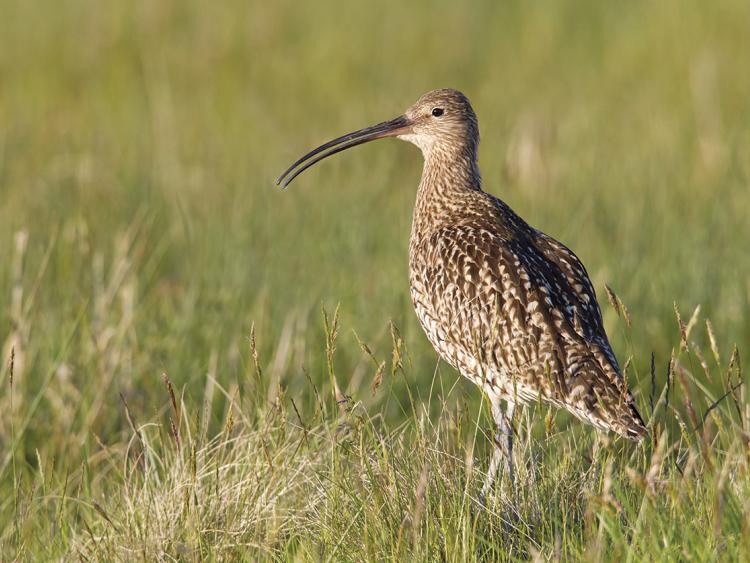 The National Parks & Wildlife Service has confirmed that two or more pairs of breeding curlews are nesting in the townlands Headford, Correish, Lisduff, Effrinagh, Anaghmadoo and the surrounding areas of south Leitrim. Landowners are asked to avoid topping rushes to prevent destroying nests.

The Leitrim area is of high importance for breeding birds. A Curlew Conservation project supported by National Parks and Wildlife Service currently which has a team on the ground identifying nesting sites and protecting birds from further predation.

The community is asked to report sightings to your local curlew contact (listed below) who can advise you on what can be done to assist and advise on financial supports that are in place.

Curlew depends on open habitats such as bogs and grasslands. Lost and fragmented habitat is part of the reason for their decline, along with high predator populations such as foxes and hooded crows, which have become a serious issue. As a result, the birds are finding it almost impossible to rear chicks from their nest on the ground.

The curlew (An Crotach) is one of the most iconic birds of the rural Irish landscape. It is recognisable by its long, down curved bill, large greyish brown body and long legs. It has a haunting and evocative call that carries a memory of a communal time.

There has been a staggering 97 percent decline since the 1980s. A national survey carried out in 2015-2017 found that there are less than 150 known breeding pairs remaining.