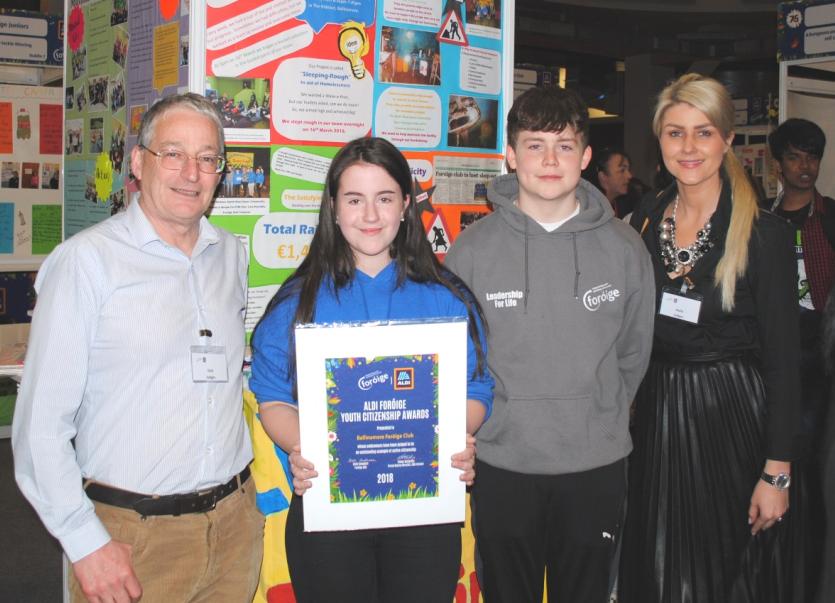 Ballinamore Foróige Club, Leitrim held a sleep out in aid of the homeless.
The Hideout Club were aware of the great work of the North West Simon Community and North West Focus Ireland who had ensured that 60 families did not become homeless in 2017. They decided to support the work of both organisations and help them to fundraise for their work in the local area. The group decided to hold a sleeping-rough event to raise much needed funds and awareness of homelessness. As part of the event the group painted banners and t-shirts, applied for a fundraising license and held a bucket collection.

The Musehyper/Gamechangers Foróige Club in Carrick-on-Shannon created an animation to tackle litter.
The young people of Musehyper worked with a local artist to create a DVD to tackle littering in the area.
They created storyboards of the journey of litter from buying chips to the litter ending up in the sea. The group composed the text for the DVD. The DVD includes an animation including a rubbish monster and is now being shown to schools in the area.
To reinforce their work against litter the group participated in a litter pick. 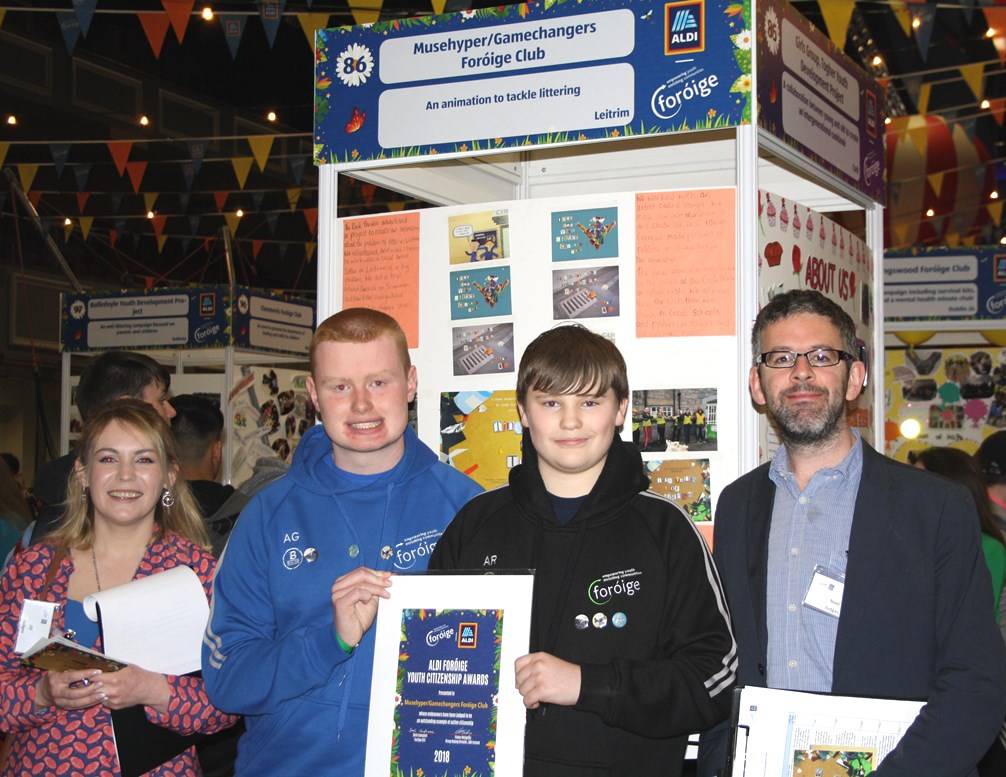 Commenting at the Awards, Seán Campbell, CEO of Foróige said, “The Aldi Foróige Youth Citizenship Awards programme is designed to empower young people across Ireland to use their skills and talents to make a positive contribution to their local community.”
“The programme involves young people researching the needs of their community, organising practical action in response, evaluating the effectiveness of their work and reflecting on what they’re learning along the way. The projects entered were all about solving social isues in the community for the community.”

Local Foróige clubs try to make a positive contribution to their area and teach young people responsibility in a entertaining environment.