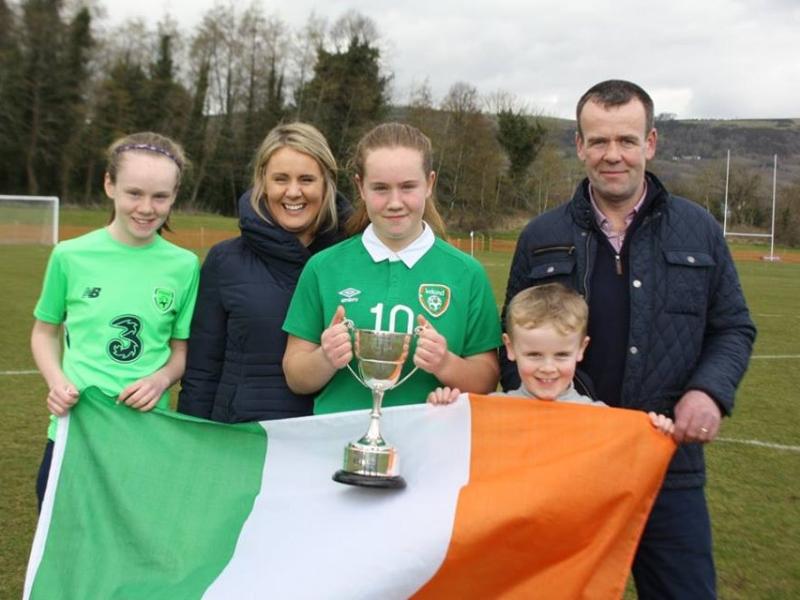 Republic of Ireland Women's Under-16 Head Coach Sharon Boyle has announced her 20-player squad for the upcoming UEFA Development Tournament in Sweden and included in the squad is Manorhamilton's Muireann Devaney who impressed during Ireland's recent victory in the U-15 Bob Docherty Cup.

Muireann was named as player of the tournament in the Bob Docherty Cup and scored a stunning goal against England as she helped Ireland claim victory in the tournament that also featured Northern Ireland, Scotland and Wales.

The WU16s play Sweden, Austria and Turkey in the space of five days, starting on Saturday in Smogen against the hosts.

Boyle’s squad includes eight players who were named in Colin Bell’s Under-17 squad for the UEFA European Championship Elite Round qualifiers in March.

“This age group is about development and getting them ready for competition at the Under-17 level. We want to improve the players' confidence too on the international stage”, Boyle revealed.

“The three games will be a huge test for the squad. Plenty of the players are playing outside Ireland for the first time.”

Ireland’s campaign begins on Saturday at 3pm (2pm Irish time) with a game against Sweden.