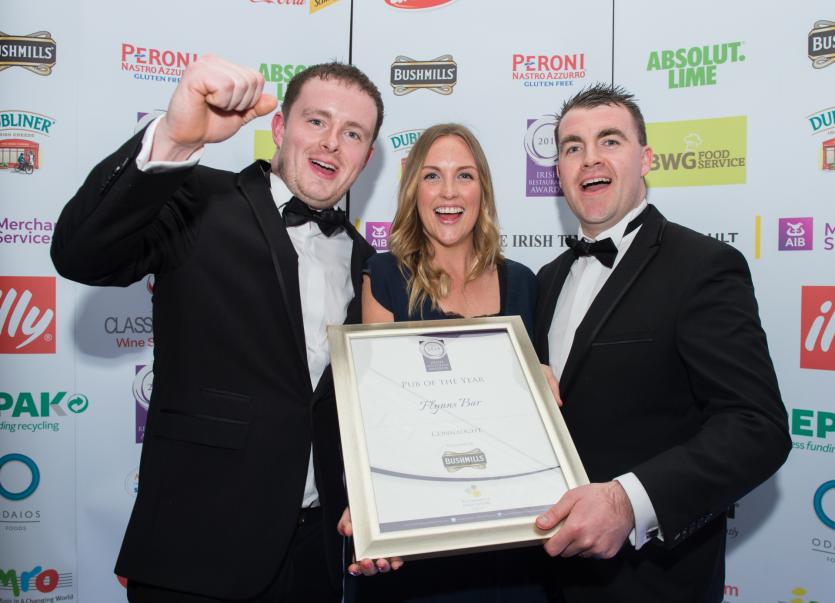 Flynns wins Pub of the Year in Connaught

Lee Hanifa of The Cottage Restaurant has won the award for Best Restaurant Manager in Connaught while Flynn's Bar in Carrick-on-Shannon has taken the regional award for Pub of the Year.

The announcements were made at the All-Ireland Finals of the Irish Restaurant Awards which took place in the Clayton Hotel Burlington Road,on Monday night where the premier restaurant and hospitality establishments in Ireland for 2018 were named.

MacNean House & Restaurant took the national award for Best Cookery School.
Over 1,000 restaurateurs and staff attended the sold out, black tie event which celebrated the achievements and perseverance within the industry over the last 12 months.
Now in its tenth year, the Awards have continued the trend of growing in both attendee numbers and industry esteem. 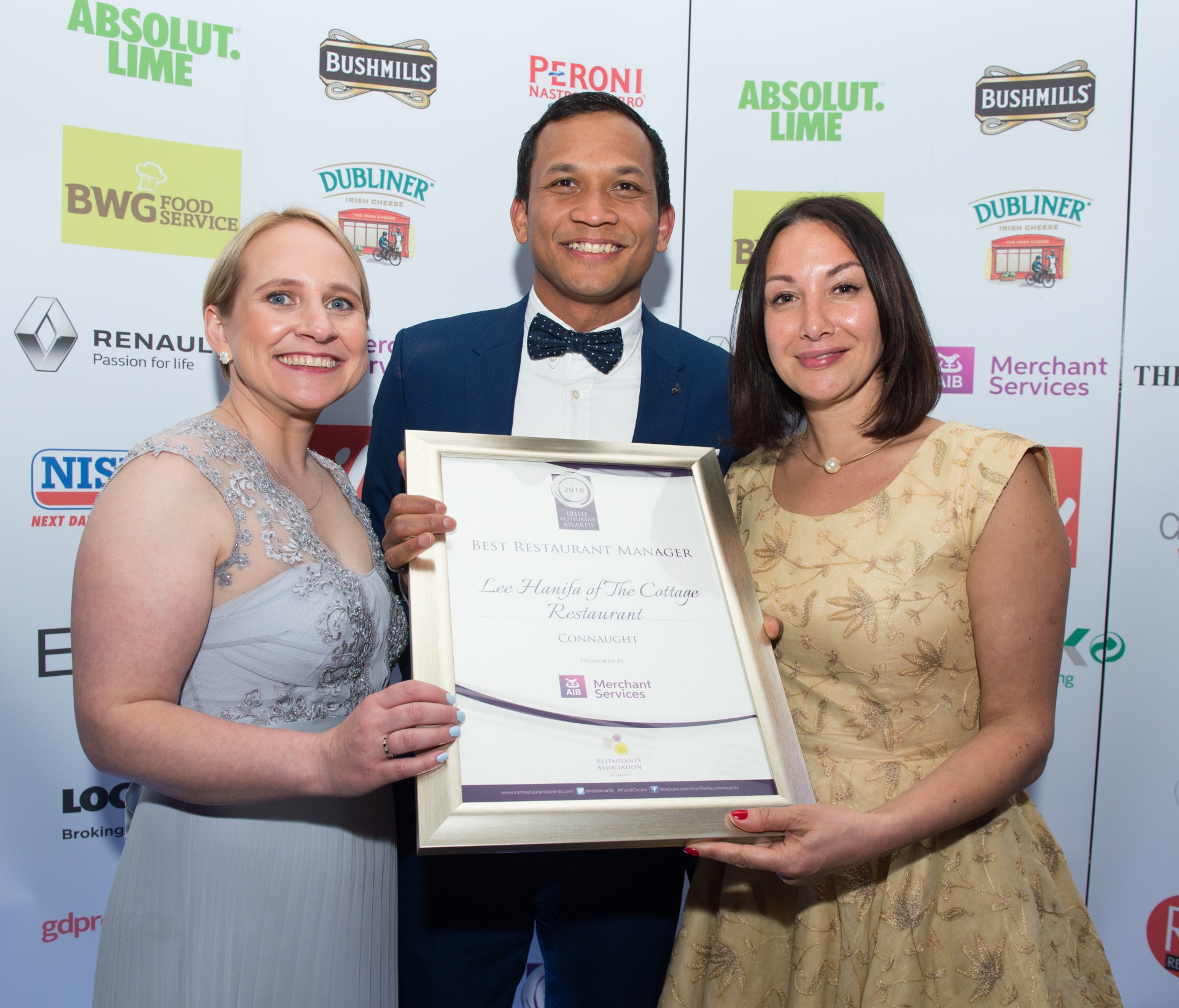 Staff of The Cottage celebrate award

Over 90,000 online nominations were received for Irish restaurants and hospitality businesses this year. Awards were received from 21 categories that included all areas of the sector and keeping with recent movements, the awards introduced their newest category this year, Best ‘Free From’, which received an impressive response from nominees and the general public.
During the initial stage of the awards members of the public voted to nominate their favourite restaurants, hotels and hospitality personal. These nominations were independently assessed by BDO.
The judging panel, made up of industry experts, food writers, culinary academics and critics, then narrowed down the list of nominations to the final regional winners.
A mystery guest the visited the premises.

The National Judging Academy, made up of representatives from each of the regional judging panels, met in early May to judge the county winners. The Academy members include food writers, journalists, bloggers, culinary academics and hospitality magazine editors.