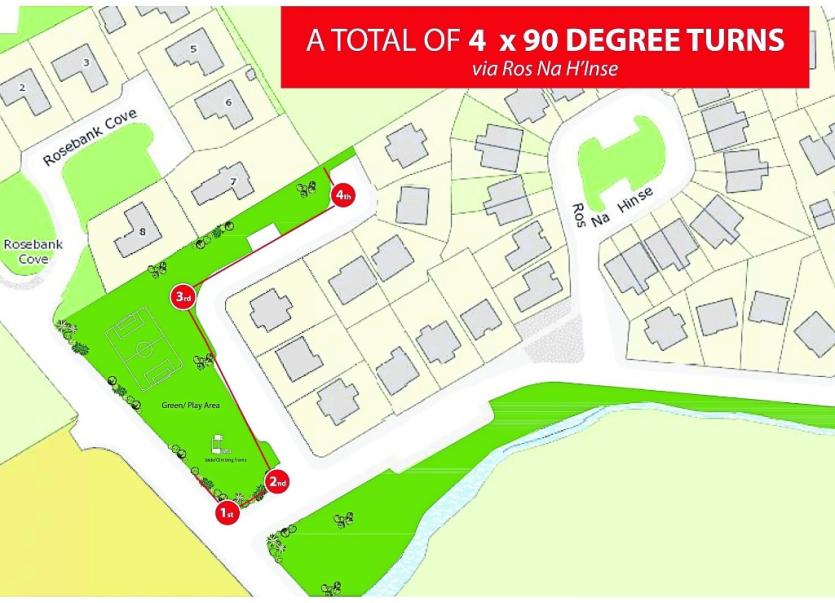 An apology to the residents of Ros na hInse was sought from the council this week in relation to a controversial site at Attirory, Carrick-on-Shannon.

The disposal of the Council owned 0.87 hectares in Attirory was agreed last week by council members but according to one councillor the issue has not been concluded.
The site which had been ear-marked for social housing was met with local opposition from residents this year.

Leitrim County Council was allocated €3,743,850 in 2017 towards the development of 24 social housing homes on the site in Attirory under the government's Local Authority Housing Construction programme, as part of the wider Rebuilding Ireland programme.
Residents in the adjacent Ros na hInse estate objected strongly to the proposed development because it was intended to access the site through their estate.

The council announced in April that they were scrapping the plans to build the houses and that move was approved at a council meeting on May 8 .
This week Cllr Des Guckian told the council the issue was not concluded, and asked the local authority to issue an apology to the residents of Ros na hInse estate “for the great fear and anxiety caused to them since February 1.” He also asked that the gap made be closed up and the hedge restored.
Cllr Guckian said in February there was an “invasion of the estate.”
He commented the council used “intimidation” and acted like “bullies.”
He advised the council to seek back the €10,000 spent on the gap. He called it “mis-spent money.” He went on to say it was “stolen property” and the council had no right to transfer it.

Leitrim County Council stated that they “acted in accordance with procedures in pursuing the provision of social housing and it is the Council’s statutory duty for which there are no grounds for apology.”

Cllr Guckian's motion was not supported and Carrick area councillors stood by the council and said the necessary steps were taken and asked for everyone to move on from it.

Chairperson of the Carrick Municipal District, Cllr Seadhna Logan called Cllr Des Guckian's comments “disgraceful” and all members sought to be disassociated from them.

The council said the access strip will not be sold as part of the site and it is their intention to re-instate the hedge/boundary prior to the closing of the sale.
It is understood that a local company is buying the site.