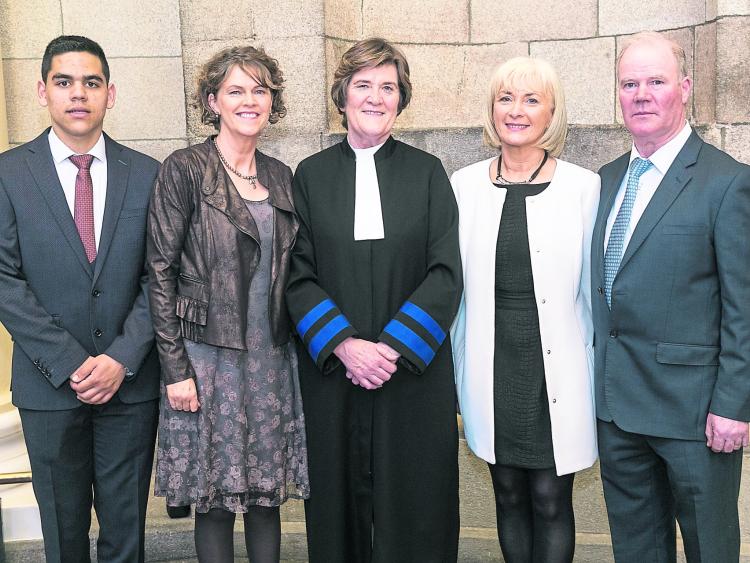 Mary Cashin Solicitor originally from Mohill and who has practised in Ennis, Co. Clare was recently sworn in as a Judge of the District Court.

Subsequent to her Leaving Certificate, she attended UCG where she attained a B.A. and LL.B. She then qualified as a Solicitor from the Incorporated Law Society of Ireland in 1979.

After travelling, Mary settled in Ennis, Co. Clare where she has practised as the Principal of Cashin & Associates since 1990. Mary is a trained Mediator and specialised in Family Law and Childcare.

She was sworn in at the Supreme Court, Dublin as a Judge of the District Court on April 25th last.

Pictured is Mary with her family, her son Jenan, her sister Brenda, Ennis and her brother Gerry Cashin and his wife Kathleen Cashin of Mohill.

UPDATE: The latest Covid-19 figures have been released for Tuesday, July 7