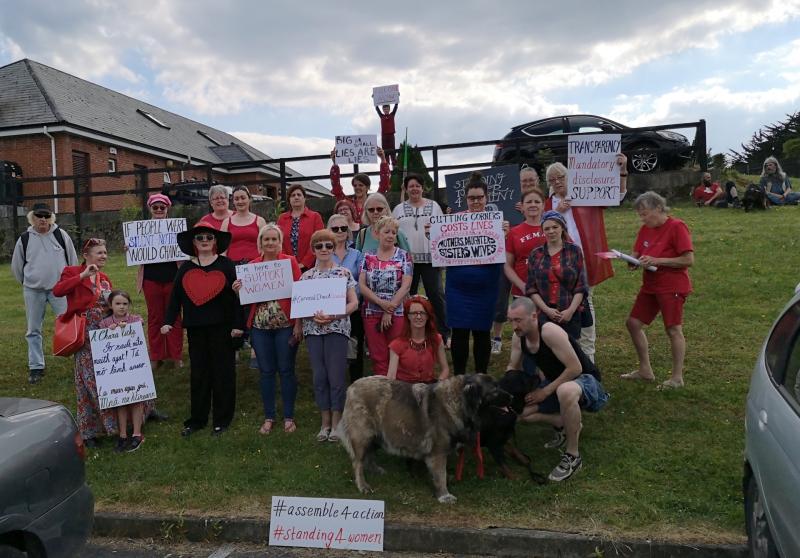 Leitrim held the only Standing 4 Women protest in the North West in Manorhamilton last Wednesday, May 30.

While just 32 people attended, those 32 represented many more who could not make it, who sent messages of support and who wore red in solidarity with the women affected by the CervicalCheck scandal. 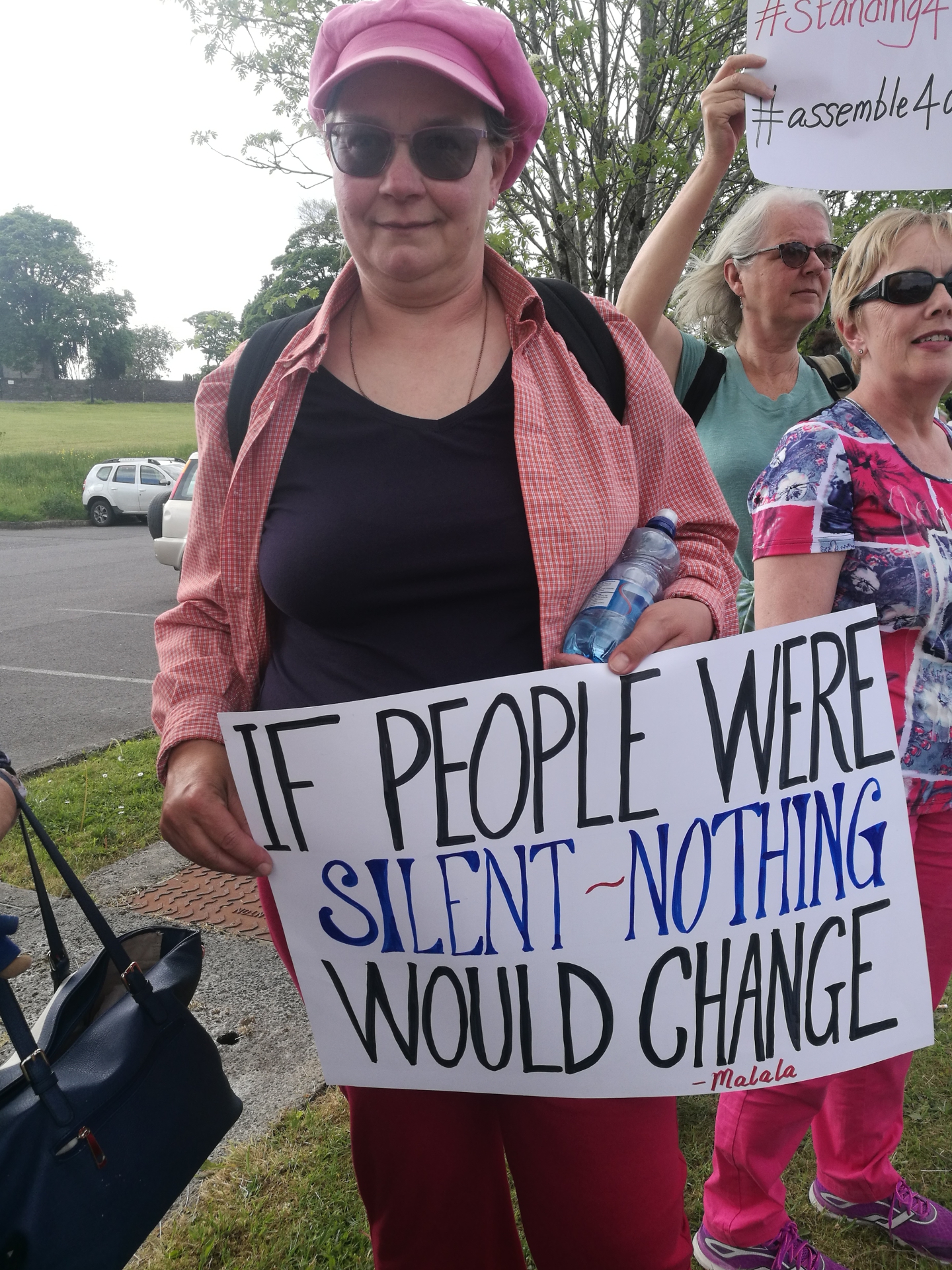 The protest at Manorhamilton Fire Station at 5pm last week was one of 25 national demonstrations.
Local organiser Rosa Carr from Drumkeerin addressed the rally. She said, “Thanks for coming - for wearing red - for making or bringing or holding a banner.
“We are here to Stand up for Women, for Vicky, for Emma, for Irene, for Catherine, for Orla, for Julie, for Rosie, for Debbie, for Ann, for Carol, for those speaking up daily, for all 18, for all 209, who suffered a missed diagnosis and delayed treatment because of inaccuracies in the testing of their cervical check samples. And for their families. I want to express my condolences to the families of the 18 women who have passed away following a misdiagnosis.”

A minute's silence was held in respect of the women.

Ms Carr stated, “We will keep holding similar rallies until we are happy with the work the government and the HSE undertake to right this wrong.
“We appreciate the support today, of each and every one of you being here.”

She asked those present and those who could not make it to share photos and messages of support online and there is also a book of support that can be signed.

The national movement received plenty of press coverage and there seems to be appetite from the public for more demonstrations.
On Friday June 29, Leitrim women are being asked to travel to Dublin's Phoenix Park at 9am to march with Emma Mhic Mathúna in support of her, and in public response to the breaking of the promise from Irish government that no person affected by the Cervical Check scandal would need to be in court over it. 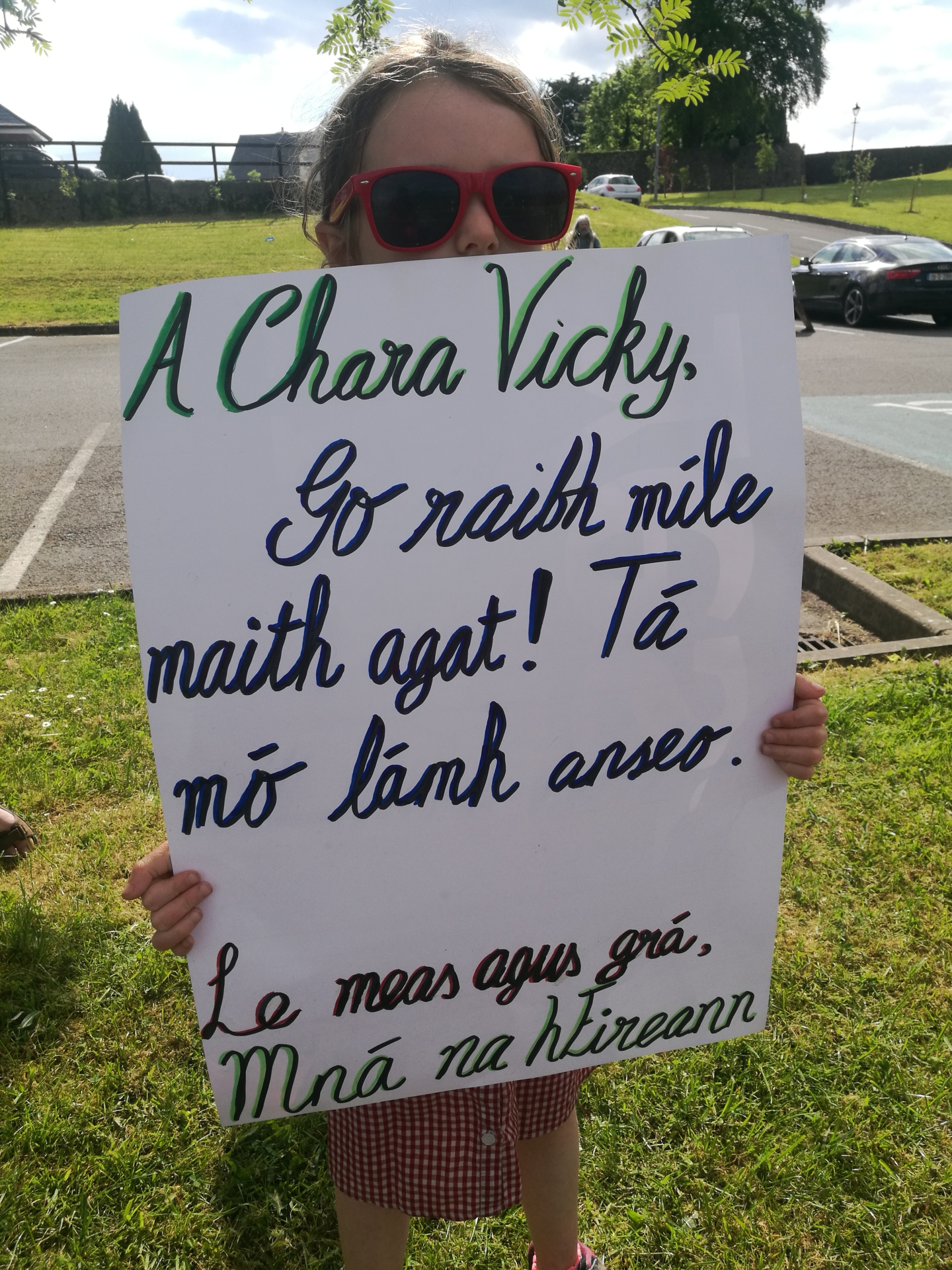 The group are also planning a symbolic demonstration to represent all of the women and families affected in the next few weeks. There may be more protests planned for Co Leitrim as part of the national movement.