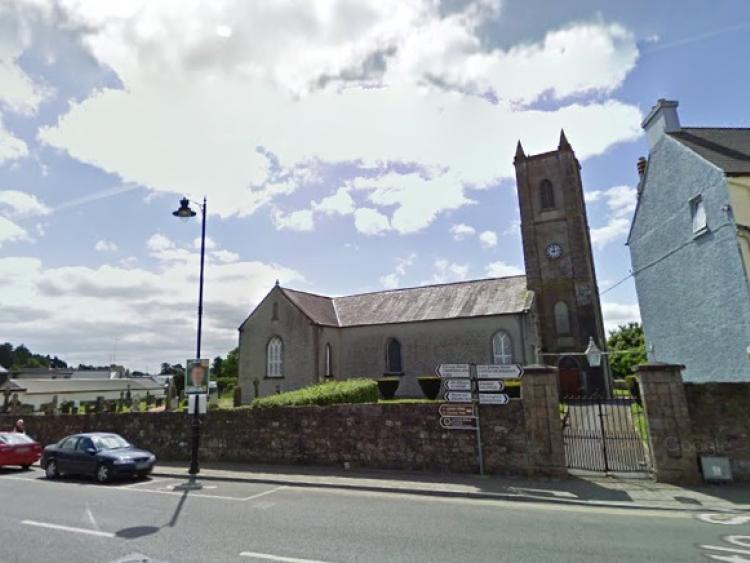 The state of an old wall in Mohill may force Leitrim County Council to close the footpath for safety.

Leitrim County Council are to meet with members of St Mary's Church of Ireland in Mohill soon to discuss the immediate danger of the wall at the front of the church.
Newly elected Cathoirleach of Carrick-on-Shannon Municipal Area Enda Stenson brought a motion to the council meeting this week about the wall. He requested a meeting to discuss the wall being repaired and enhanced.

Cllr Seadhna Logan supported the motion but added there is a “safety aspect to this.” The Councillor said he witnessed a cap on the top of the wall fall to the footpath last weekend. He said passer-bys are lifting the caps back on to the wall, so they may fall again.

Fianna Fáil Cllr Sean McGowan said the wall was “bulging” and is “dangerous.” Cllr Stenson said the wall could be removed and replaced with railings.
Senior Council Engineer Darragh O'Boyle said he was unaware of the situation and said if the wall is that unstable they may need to close the footpath.
He said ownership of the wall will need to be clarified as excavation may need to take place before a new wall is built.

Another wall parallel to the nursing home was also mentioned, the council said they are aware of that wall and are seeking funding to fix it.
Cllr Des Guckian said the site is quite historic and was once a monastery. He said funds should be secured to re build the wall.
All councillors agreed with the motion and a meeting between the church leaders and the council is expected to take place shortly.

Also read: Mohill gets a lift with a splash of colour