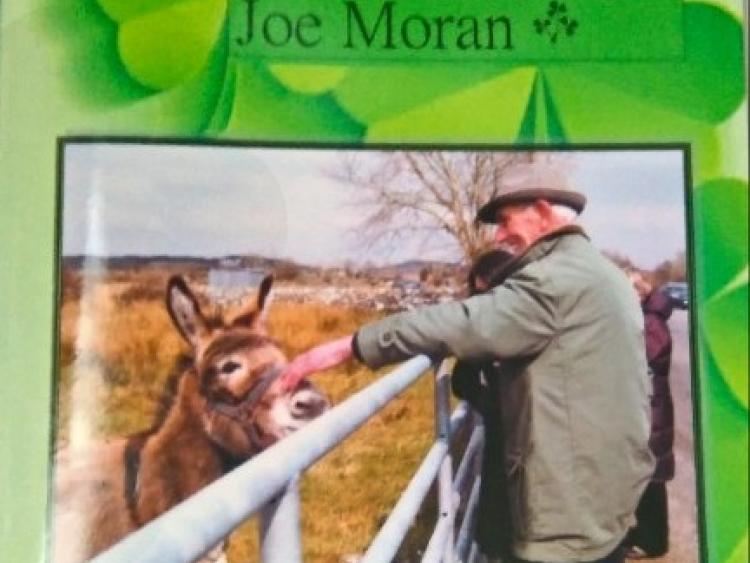 Retired 77- year-old Joe Moran from Mohill, who lives in Manchester, has suggested all of County Leitrim be designated as a Wildlife Park to help conserve the natural beauty.

Mr Moran recently published a book “My Journey from Leitrim to Manchester” which has been selling well and documents his life and life in Leitrim in the 40s and 50s as well as life in construction in Britian from the 1960s on.
Joe who is originally from Currawn Mohill, visits Leitrim regularly and has become disillusioned with the lack of planning and the destruction of Leitrim's beauty.

Joe feels the disappearance of much of the natural beauty of the country is due to “a number of man made mistakes which can be corrected before the beauty is lost forever. It is now hard to get a view of the mountains, valleys and lakes as you travel around the county roads. The reason for this is the extensive growing of forestry in what were well run and productive family farms.”
In his book, Mr Moran speaks about the removal of hedges and ditches from farm boundaries, making silage too early which led to the loss of the corncrake.

He told the Leitrim Observer, “beautiful heather has disappeared from the bogs only to be replaced by a thick blanket of black Sallys.”
Mr Moran stated, “The website for the National Parks & Wildlife Service list six National Parks in Ireland. I suggest Leitrim be designated as a seventh. Within a National Park small clean industrial development can still take place but it must be well landscaped into the environment.”
Joe Moran told the paper he is not against forestry and understands its place but suggests, “forests should be planted in plots with a wide open space in between each plot so that the many places of historic interest can be viewed by locals and visitors. There should be more planting of hardwood trees as well as native species of plants.”

Joe wrote a local history book on his life and his reflections on Leitrim which is now available in Baxter’s Centra Mohill for €5.
His book featured in a short film on the Irish Television channel last year as well as on Melvyn Briggs Real History of Britain on episode 8 “Britain on the move” about the tens of thousands of men from Ireland who built Britain's motorways
Mr Moran said Leitrim has “completely changed for the better and the standard of living is the same with Europe.”