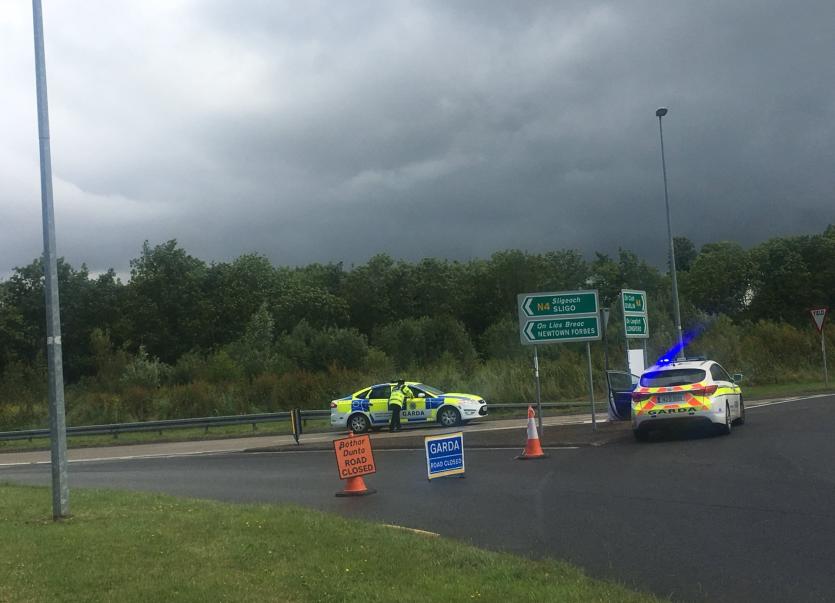 Traffic diversions were in place at Newtownforbes and the road is expected to remain closed until later this evening. Photo: Twitter Sharon Lynch @sharonmlynch

Gardaí are continuing to appeal for witnesses and information following a fatal ‘hit and run’ collision in Co. Longford.

At approximately 11.45pm on Friday, June 15 a 32-year-old male pedestrian was seriously injured when he was struck by a passing car on the N4 at Deerpark near Newtownforbes. He was taken to the Midlands Regional Hospital where he was later pronounced dead.

The victim has been named as Craig McDermott from Ballagh, Newtownforbes.

A man in his 20s believed to be the driver of the car involved in the incident has now come forward and is assisting Gardaí with their investigations. A car has also been recovered and is being examined by investigators.

The scene is being examined by Garda Forensic Collision Investigators and local scenes of crime officers. Traffic diversions are in place and the road is expected to remain closed until later this evening.

The body of the deceased has been removed to the mortuary at Tullamore Hospital where a post-mortem examination is expected to be carried out by the Deputy State Pathologist Linda Mulligan later today.

Investigating Gardaí are appealing for information and in particular to motorists traveling on the N4 route from Newtownforbes to Roosky between 11pm and 12.30am who may have dash cam footage or information that can assist with the investigation to contact them.