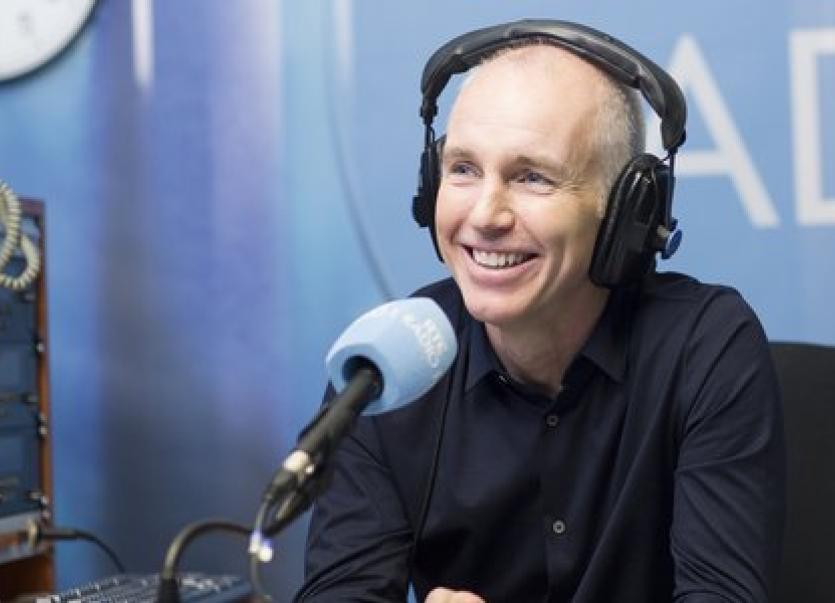 Next Thursday, his show will broadcast from the roadcaster at Quay Street, Carrick-on-Shannon, Co. Leitrim.

Last week Fáilte Ireland announced it’s multi-media brand awareness campaign for Ireland’s Hidden Heartlands, worth €1m which will run on TV, outdoor, radio and digital channels, and will revolve around the creative idea ‘Yours to Uncover’.

Next Monday a television advertisement will begin airing with new specially-commissioned footage promoting Ireland’s Hidden Heartlands and with The Ray D’Arcy Show broadcasting live from Dromineer and Portumna Harbour, and from Athlone, Carrick-on-Shannon and Lough Key Forest Park, for a full week of holiday broadcasts.

Fáilte Ireland is encouraging everyone to come out and attend the broadcasts.

"Our new advertising campaign focuses on themes of discovery and exploration, and encourages visitors to uncover their unique experience of the natural beauty and treasures of Ireland’s Hidden Heartlands.

"We are hoping that these outside broadcasts will encourage locals to come down to watch the broadcasts in Dromineer, Portumna, Athlone, Carrick-on-Shannon or Lough Key Forest Park, where they can expect to see plenty of festivities, interviews, live music as well as hearing about local tourism highlights.

"We are encouraging everyone to come on down and join in the fun and discover ways to ‘Uncover’ Ireland’s Hidden Heartland through the airwaves."

Ray will be interviewing some local tourism businesses from the surrounding area and discussing some of the many activities and experiences available to anyone visiting Ireland’s Hidden Heartlands as well as trying some activities himself in the area.

"The Ray D'Arcy Show is taking to the Shannon for the week as we travel by boat from Dromineer to Portumna and Athlone! The team and I are hopeful of the good weather as we plan to get involved in some of the great activities the Hidden Heartlands has to offer along the way."

The RTE Radio 1 team have a busy schedule as the popular host broadcasts live from the following locations: