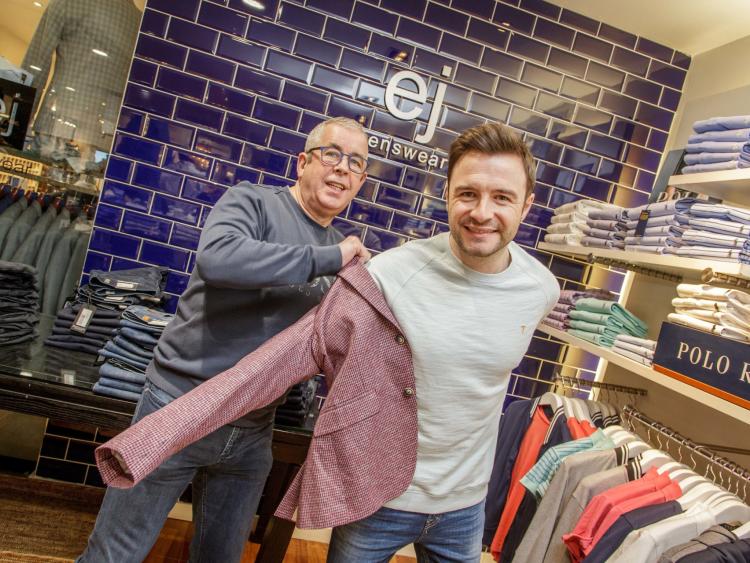 Leading Irish men’s retailer EJ Menswear in Sligo, has been shortlisted for two awards in the prestigious Drapers Independents Awards 2018, which rank the best independent retailers, brands and suppliers in the UK and Ireland each year.

One of Ireland’s leading online retailers, EJ’s has been selected in the Menswear Independent of the Year and Most Influential on Social Media categories.

Founded in 1994 in Sligo, where it is still based, EJ's previously won the Drapers Award for Best Independent Menswear Retailer of the Year in the UK and Ireland in 2004. “It’s great to get the recognition again especially considering how competitive the world of retail has become,” EJ’s owner Eamonn Cunningham said.

“EJ’s is renowned for its strong social media personality. We’ve put a lot of work into making it both fun and effective, so we’re delighted to see that effort has also been acknowledged by Drapers in their new category of Most Influential on Social Media.

“This is recognition for the hard work of everyone on our team who are always seeking to innovate and put the best foot forward, be that on the shop floor, on social media or online. We’re looking forward to getting suited and booted for the awards ceremony.”

The winners will be announced at The Brewery in the City of London on September 12.

This is a coup for a Sligo-based store, no Dublin-based shop has been shortlisted in the 2018 Drapers Awards for UK and Ireland, the most prestigious awards event in UK retail.  EJ Menswear is known for being early adopters of social media and they have also recently invested more than €150,000 revamping their online offering. The site was done by Belfast-based Ryco who designed Team GB’s Olympic merchandising website. All designed to move the shop from a static bricks and mortar offering and position themselves as a one-stop online player with next day delivery anywhere in Ireland.