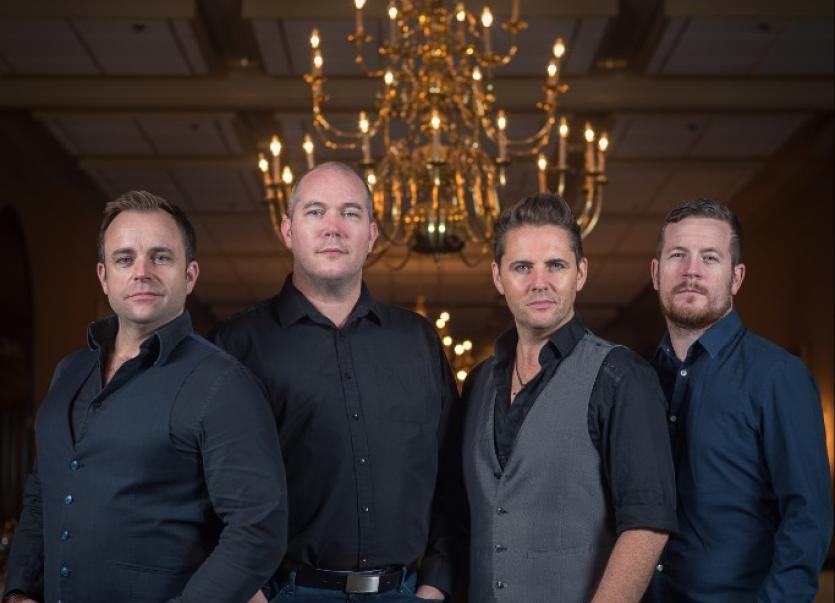 Carrick-on-Shannon welcomes the return of royalty this Saturday night, July 21 when the High Kings perform at The Landmark Hotel.

Ten years ago, four Irish singers, performers and songwriters decided to take a calculated risk. The constituent parts of The High Kings each had a wealth of history in the music business behind them, but knew that in order to maintain any level of creative interest they would have to boldly go where no other Irish ballad group had gone before.

In truth, back in the mid-late noughties, Ireland needed a group like The High Kings. The heyday of ballad groups such as The Clancy Brothers and The Dubliners was a distant memory for generations of music fans, and to have another bunch of Irish lads taking up the baton and continuing the tradition was great news to thousands of fans worldwide.
“We could sing well, play our instruments well and harmonise well,” says Darren Holden, humbly underselling somewhat the numerous skill sets of the individual members.

Now ten years on with a boot full of successful albums, singles, DVDs concerts and festivals they are celebrating the past decade.
Last November the group released 'Decade Best of the High Kings' and it was received with rave reviews and record sales figures with the band again topping the Irish Album Charts and returning to the Billboard World Music Charts once again.
The DECADE World Tour promises a joyous trip down Memory Lane, to the music and song of yesteryear, this time performed in a contemporary style and arrangement which still remains true to the original.