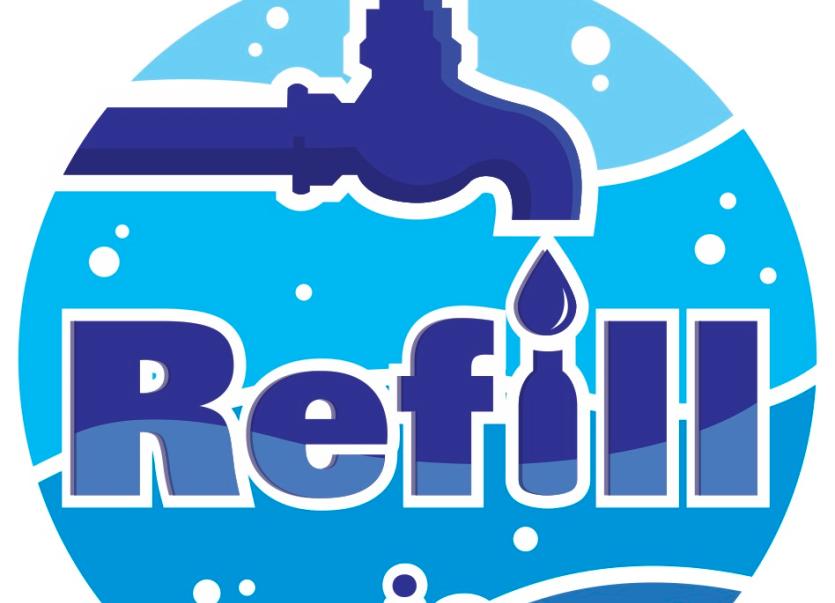 The Leitrim Observer is one of 12 businesses signed up to Refill.ie

Twelve Leitrim businesses have signed up to Refill Ireland's project that allows you to call in and get your water bottle refilled for free.

Refill Ireland are a waste prevention project which simply sets out details of all the mains line tap water points which can be freely accessed from either partnering private businesses with the Refill project, or through existing public taps around Ireland.
The locations of the points are displayed on the 'TAP MAP' network available to see at our website www.refill.ie.
Approximately 700 million PET/HDPE bottles are placed on the Irish market every year and EPA 2017 figures reveal that just 33% of all plastics generated in Ireland were recycled.

Where does the rest of the plastic go? Landfills, incinerators and inevitably into our streets and countryside areas ultimately ending up in our waterways, beach's and seas.
The Coastwatch 2017 results found that there are 3.6 plastic bottles per 100 metre stretch of coastline, one of the highest figures in Europe.

Participating private businesses simply pledge to provide free no quibble tap water to peoples reusable bottles, on request or by setting out a refill station table with water jugs available to all.
Benefits to the businesses can include increased footfall and goodwill sales for very little cost.
There are no Refill Ireland fees or red tape involved for the business and if a business is interested, they simply display a Refill.ie window sticker and inform their staff that people may make a request tap water to their reusable bottles or may enter the premises to refill their own bottles from the water table set out.

To date, there are 237 private businesses on the 'TAP MAP' from independently owned family stores to chain stores and there are 414 public locations in total around Ireland where people can now refill their reusable bottles with tap water, for free and with no quibble!

The businesses consist of cafes, bars, restaurants, barbers, hairdressers, doctor and dental surgeries, tourist offices, business offices, cycling and running shops and much more including stores which sell bottled water.
In the absence of public water dispensers which the Refill Ireland project are advocating for, in conjunction with the repair of older drinking water hydrants and fountains, we believe this is a good alternative way to provide a free drinking water network for all.

Refill Ireland hope that this project will prevent the repeat purchase of single use plastic water bottles if a member of the public requires water while outside their homes, through the provision of an alternative source of water than that contained in a single use plastic product.
Considering that most of the recycled plastic referenced by the EPA 2017 figures above was also shipped to china for recycling, itself hugely energy intensive, the project aims to prevent this waste stream in the first instance in order to avoid a need to manage the waste at all.

Refill Ireland require the public to contact them to let them know of the existing public taps in your locality from e.g. playing pitches to taps on town walls to old working street hydrants (the refill project can check with Irish Water to see if these are mains water supplied) and they also require local businesses who may be interested in joining the network to get in touch via info@refill.ie to express their interest.