Investigation into dead fish along Donegal and Leitrim coastline 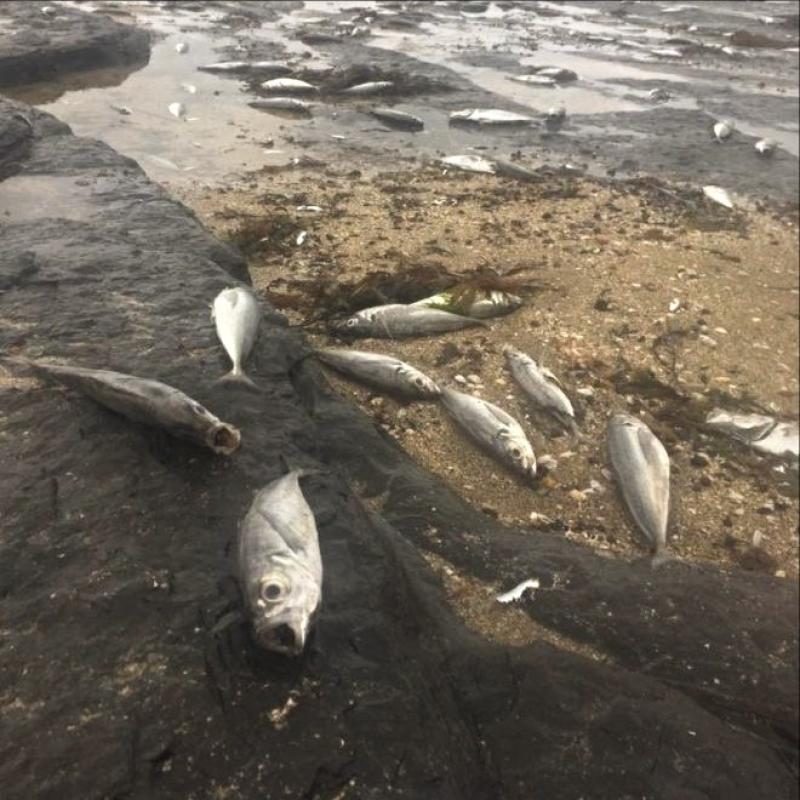 An investigation is underway after hundreds of fish were found dead on the coastline from Bundoran to the mouth of the River Drowes in North Leitrim.

According to Inland Fisheries Ireland, they received reports on Tuesday, July 31 of a fish mortality, "Fisheries officers, based in Ballyshannon, immediately attended the scene and identified hundreds of dead sprite and horse mackerel washing in to shore around the Bundoran area. Inland Fisheries Ireland notified the Sea Fisheries Protection Authority who are investigating."

Acording to the Sea Fisheries Protection authority "SFPOs  inspected the fish on-site and established that many of them were bloated and full of sprat. Having re-visited the site again this morning they have concluded that a shoal of horse mackerel, chasing sprat on an ebb tide on Tuesday evening resulted in a sizeable number of the shoal stranding on the beach. This is not an unusual occurrence, although the scale of this incident is not typical.

"The SFPA will liaise with both Leitrim and Donegal County Council in relation to the incident, although we expect that most of the fish will go out on the next tide. The SFPA is the independent statutory body responsible for the regulation of the sea-fisheries and the sea-food production sectors. It promotes compliance with the EU Common Fisheries Policy, sea-fisheries law and food safety law relating to fish and fish products, verifies compliance and, where necessary, enforces it.  Its mandate covers all fishing vessels operating within Ireland’s 200-mile limit, over 2,000 Irish registered fishing vessels wherever they operate and all seafood produced in Ireland’s seafood processing companies. The SFPA operates through a network of regional port offices situated at Ireland’s main fishery harbours. "