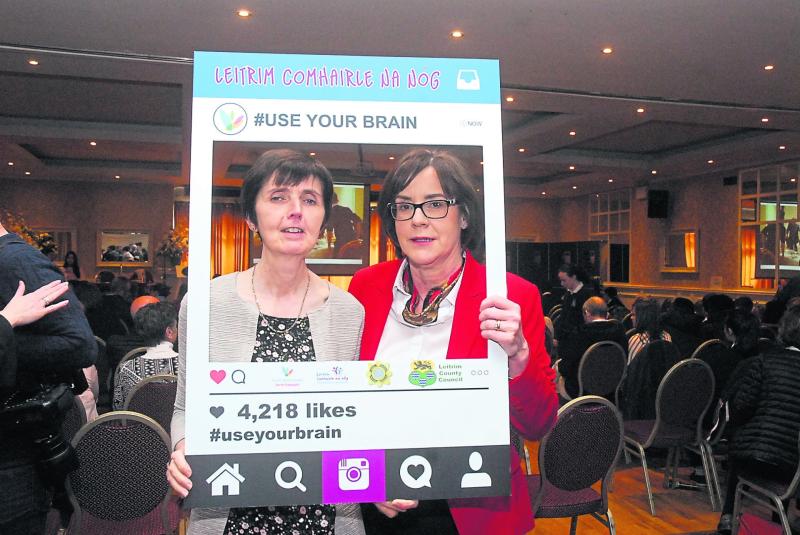 Leitrim County Council has been shortlisted for two awards in the Excellence in Local Government Awards 2018.

The council are shortlisted in the Citizen Engagement category for their support of the "Use Your Brain Not Your Fists" campaign and in the Sustaining the Arts category for Creative Frame.

The "Use Your Brain Not Your Fists" campaign is the brainchild of Leitrim Comhairle na nÓg, after they heard about the Garda campaign in September 2016, targeting over 18s, which emphasized the consequences of assaults, not just to the victims in terms of injury, (life changing or worse), but also to the perpetrators, in terms of prison, lost career and travel prospects and shame to themselves and their families. The video created is dedicated to Shane Grogan and is in memory of Andrew Dolan , two young men who were victims of unprovoked attacks.

Creative Frame is  a free membership network for artists and creative practitioners based in Leitrim and the surrounding areas. It was set up to support the ongoing professional development and growth of Leitrim’s vibrant creative sector and to help people to actively shape their own career progression. It provides training, networking and professional meet ups in the county.

2018 marks the fifteenth edition of the awards, which features a total of 21 local authorities shortlisted over sixteen categories, ranging from ‘Supporting Tourism’ to ‘Best Practice in Citizen Engagement.’ The Excellence in Local Government Awards are held annually in conjunction with the Department of Housing, Planning and Local Government.

Congratulating the local authorities shortlisted, Mr Eoghan Murphy TD, Minister for Housing, Planning and Local Government stated, “The Chambers Ireland Excellence in Local Government Awards, which my Department is very proud to support, gives local authorities the opportunity to showcase the invaluable, impactful and often very innovative work they do in making our communities better places in which to live, work and play. I would like to congratulate Chambers Ireland for their important work in managing these awards every year”’.

The Excellence in Local Government Award winners will be announced at the 15th annual awards ceremony on November 22 at the Crowne Plaza Hotel, Northwood, Santry. Awards will be presented for excellence in sixteen different categories and one local authority will be awarded the overall award and named Local Authority of the Year 2018.

How to make a living as a musician in Leitrim