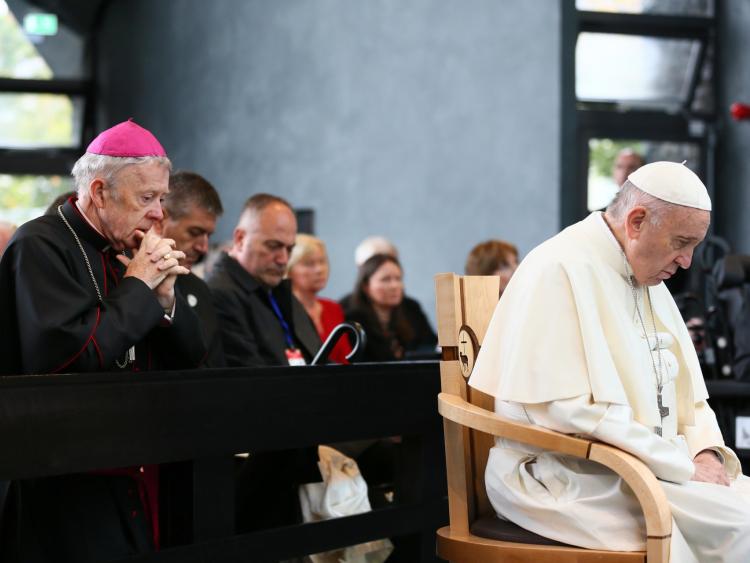 The worst of this Summer's weather did not deter the crowds to see Pope Francis in Knock on Sunday, August 26.

It is understood close to the expected 45,000 people attended Knock and waited to see the Pontiff from very early morning in very wet weather.
Volunteers from Leitrim helped with the event, while many more locals attended the shrine complex and lined the streets to catch a glimpse of the pope. 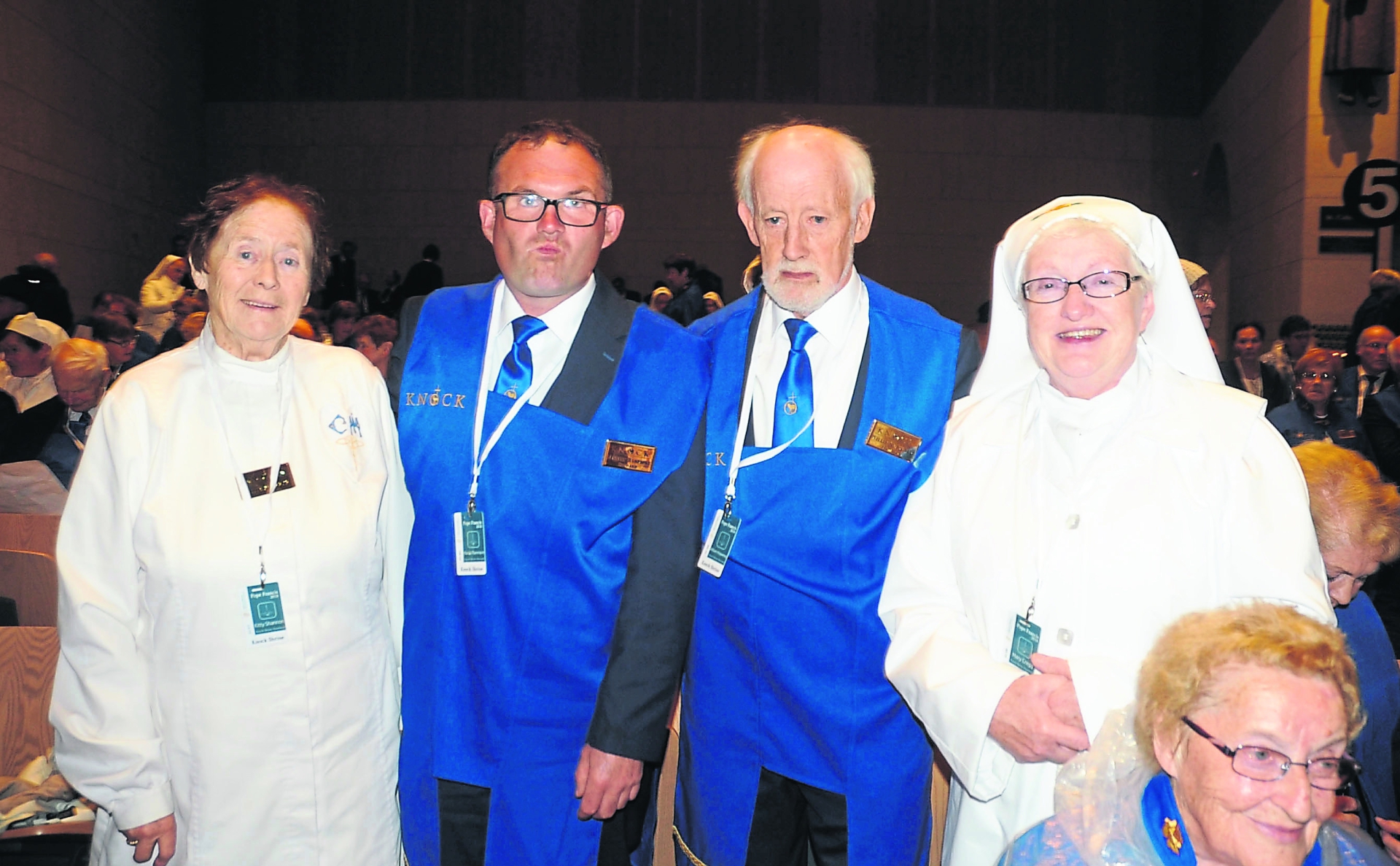 The chair Pope Francis had his moment of quiet prayer in the Apparition Chapel, Knock was created by ICS Furniture, Dromod.

The chair was designed by Gavin Duignan MD of ICS Furniture. The chair's design is purposefully understated and crafted using a combination of maple and walnut. The Papal crest adorns the back of the chair and the Knock shrine symbol is placed on the front.

Desmond Wisley Ecclesiastical Supplies, Ballinamore provided ecclesiastical accessories for the event. He also had designed a number of candles and vases marking the World Meeting of Families event.

Pope Francis flew into Ireland West Airport, Knock and toured in the popemobile before having a quiet prayer in the Church of Apparition and then delivering an address to the crowd in Italian and the Angelus in Latin.
The event lasted about 40 minutes in total.
He also spoke of his joy to visit the Knock Shrine. 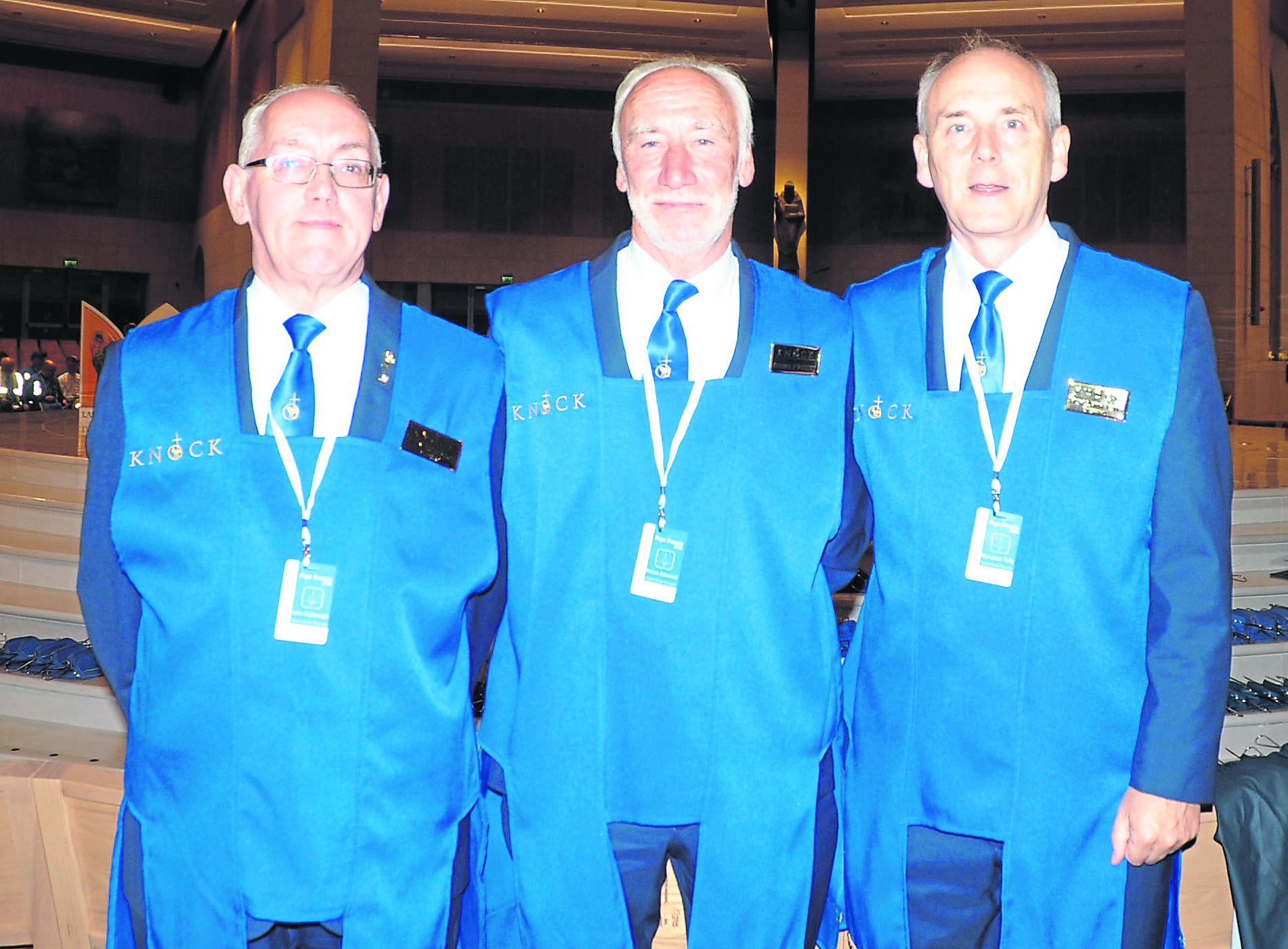 Photo on left: Leitrim stewards in Knock on on duty on the occasion of Pope Francis' visit on Sunday, August 26 - John McDonagh, Paddy O’Donnell and Muredach Tuffy, 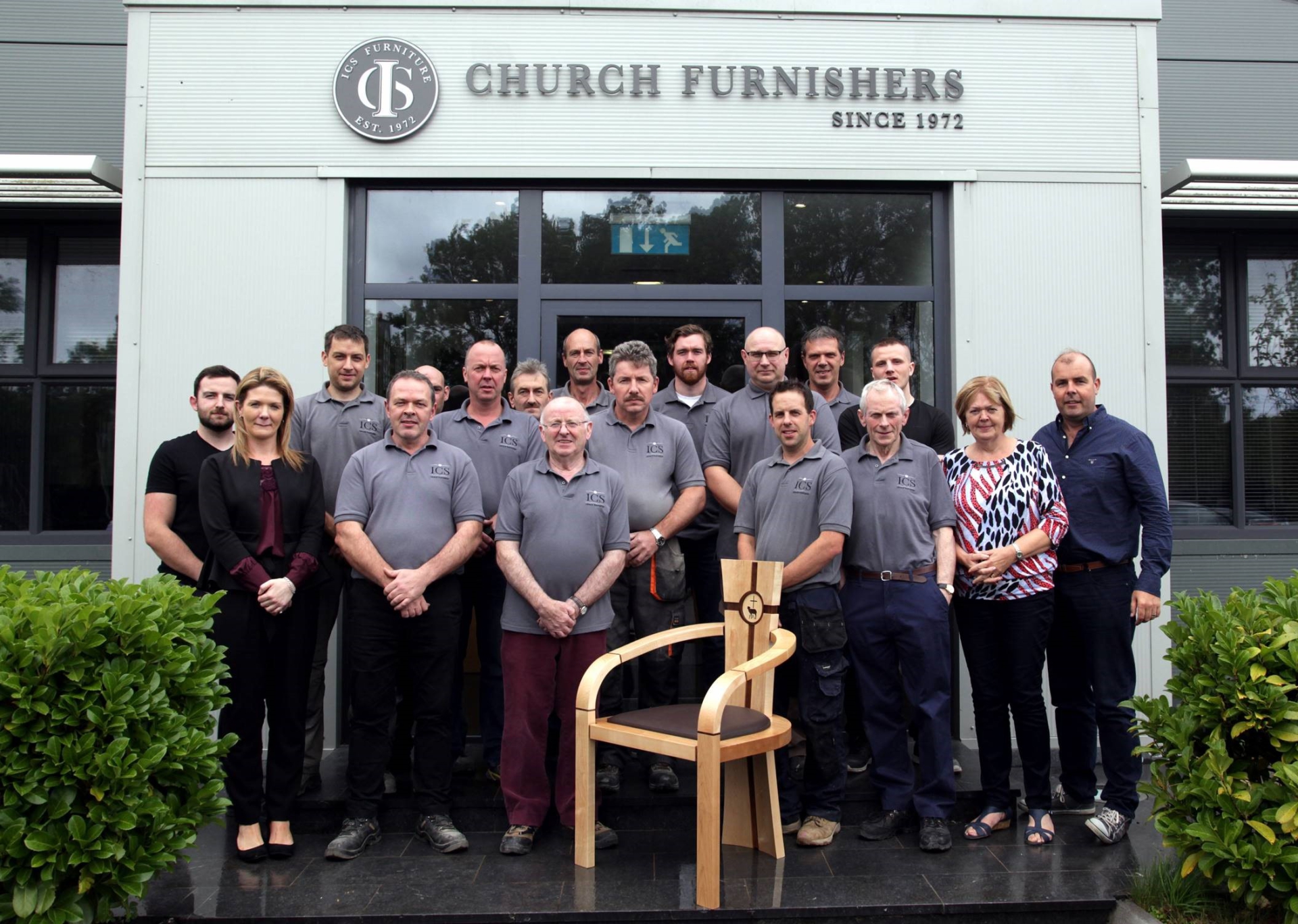 Staff of ICS Furniture Supplies, Dromod pictured with their specially created chair for the Pope in Knock.

Also read: Handcrafted in Dromod: Months of work went into the Pope's chair in Knock