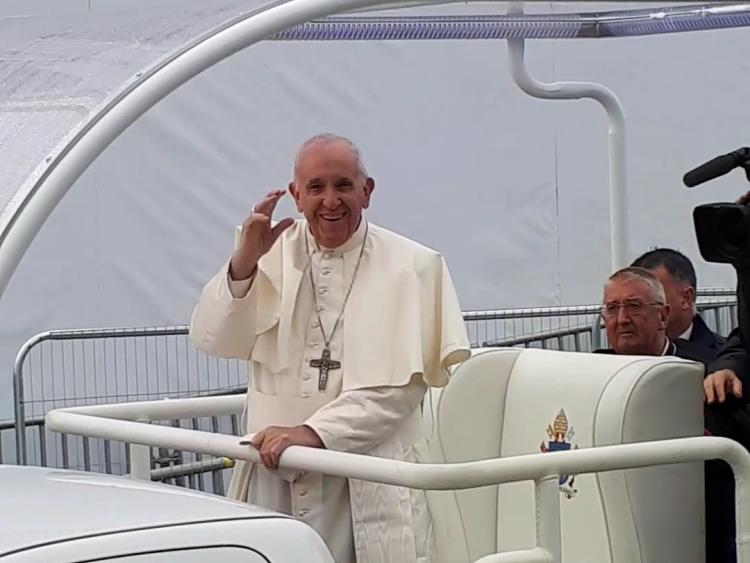 Hundreds of Leitrim people attended papal events at the weekend, while a large number of locals contributed to the occasion through song, dance and volunteering efforts.

Children from Leitrim were part of the Families World meeting event in Croke Park on Saturday, August 25. Member's of Edwina Guckian's Áirc Damhnsa Club performed Sean Nós dancing with members of Riverdance and other dance groups. 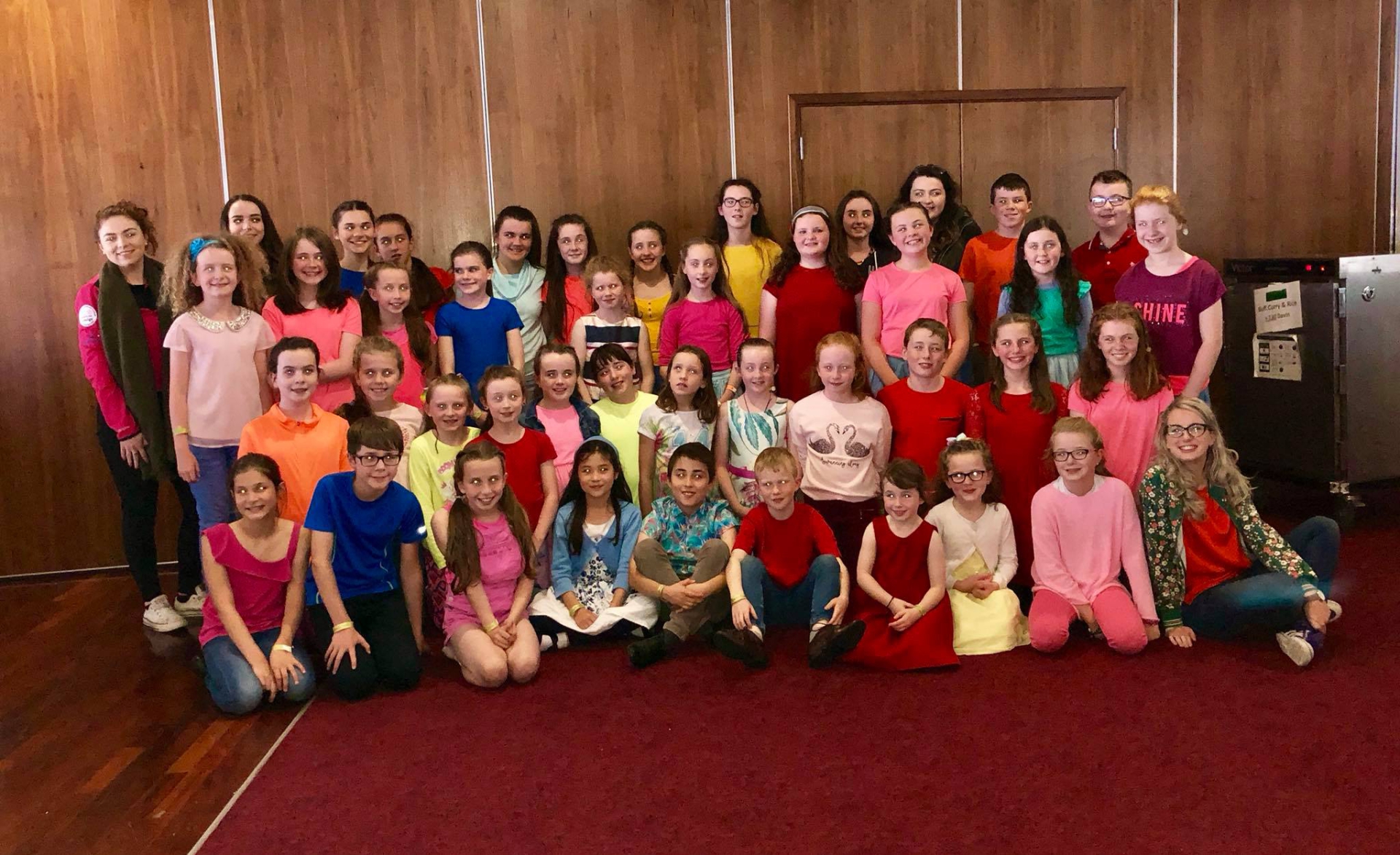 Students from around the county attended the Papal Mass in the Phoenix Park, Ballinamore Community School sent Transition Year, Fifth Year and Sixth year students who volunteered as Eucharistic ministers. 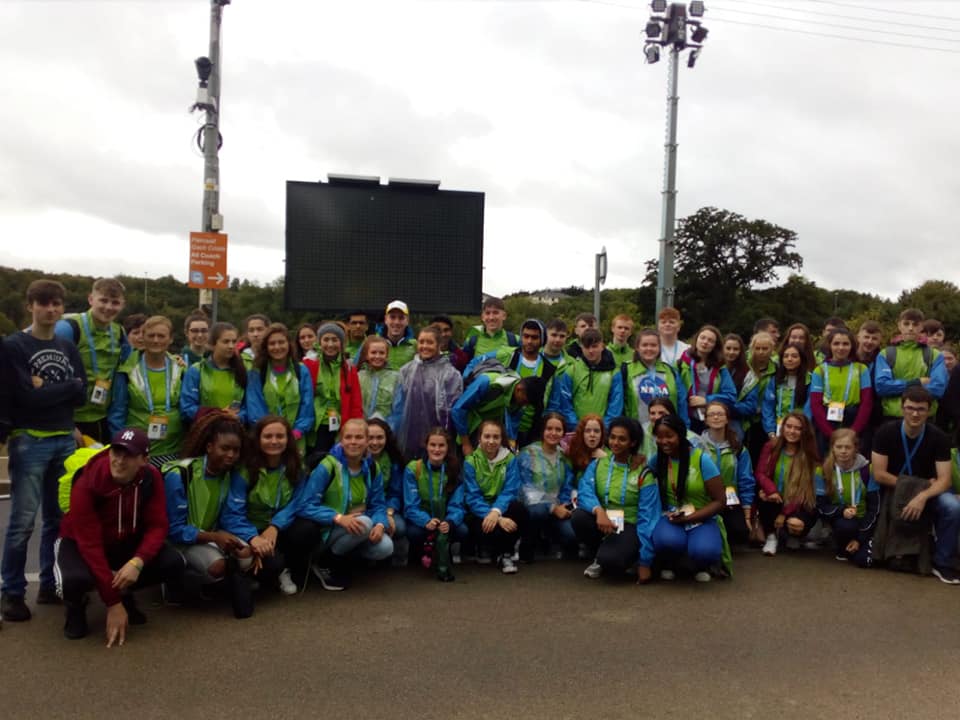 Students from Ballinamore Community School at the Papal Mass in Phoenix Park.

A number of local choirs and singers performed for the Pope. Choirs from Annaduff, Bornacoola, Carrick-on-Shannon, Drumshanbo, Rossinver and Manorhamilton sang alongside choirs from all over the country. 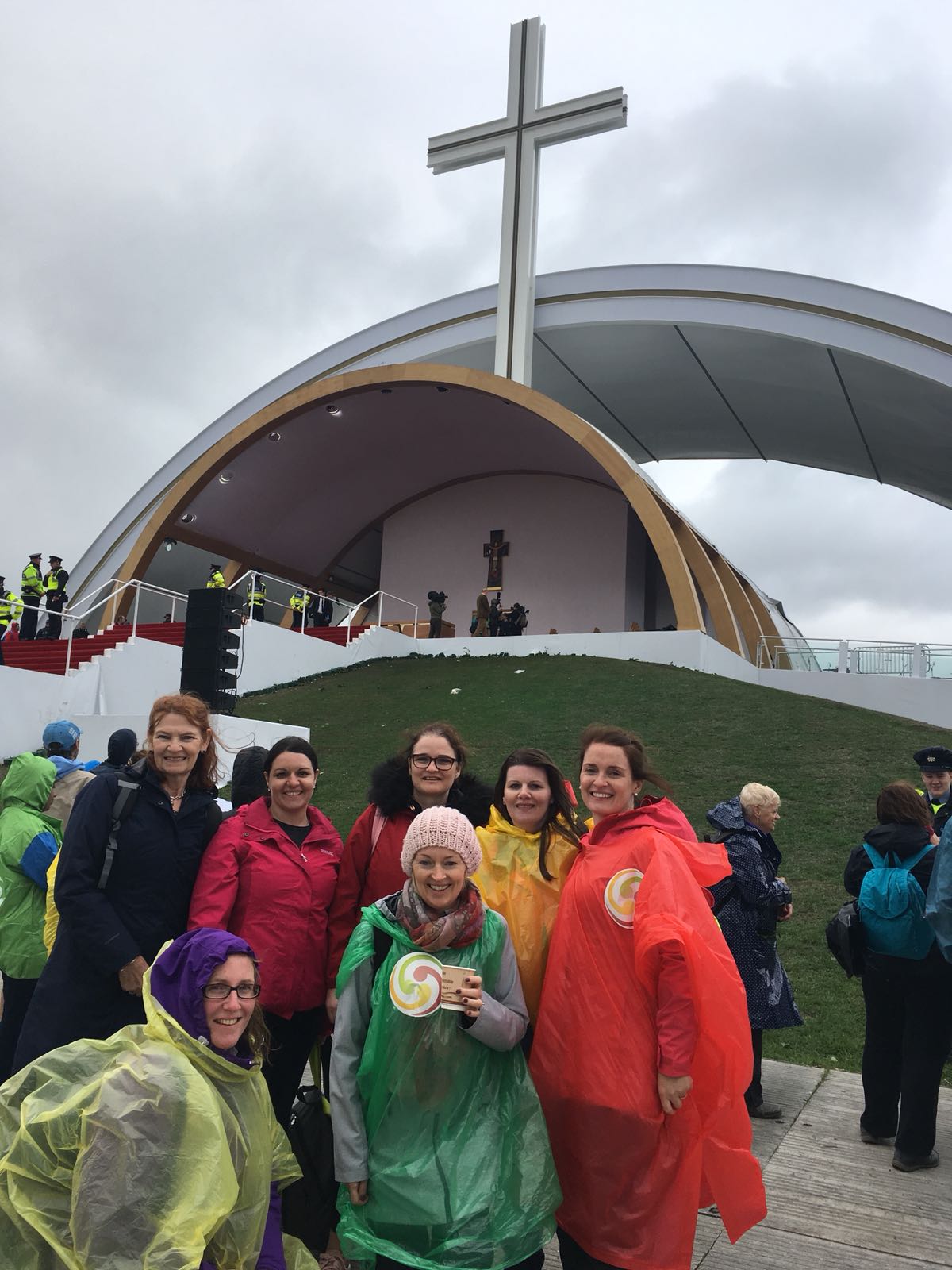 Members of Drumshanbo Choir in the Phoenix Park. 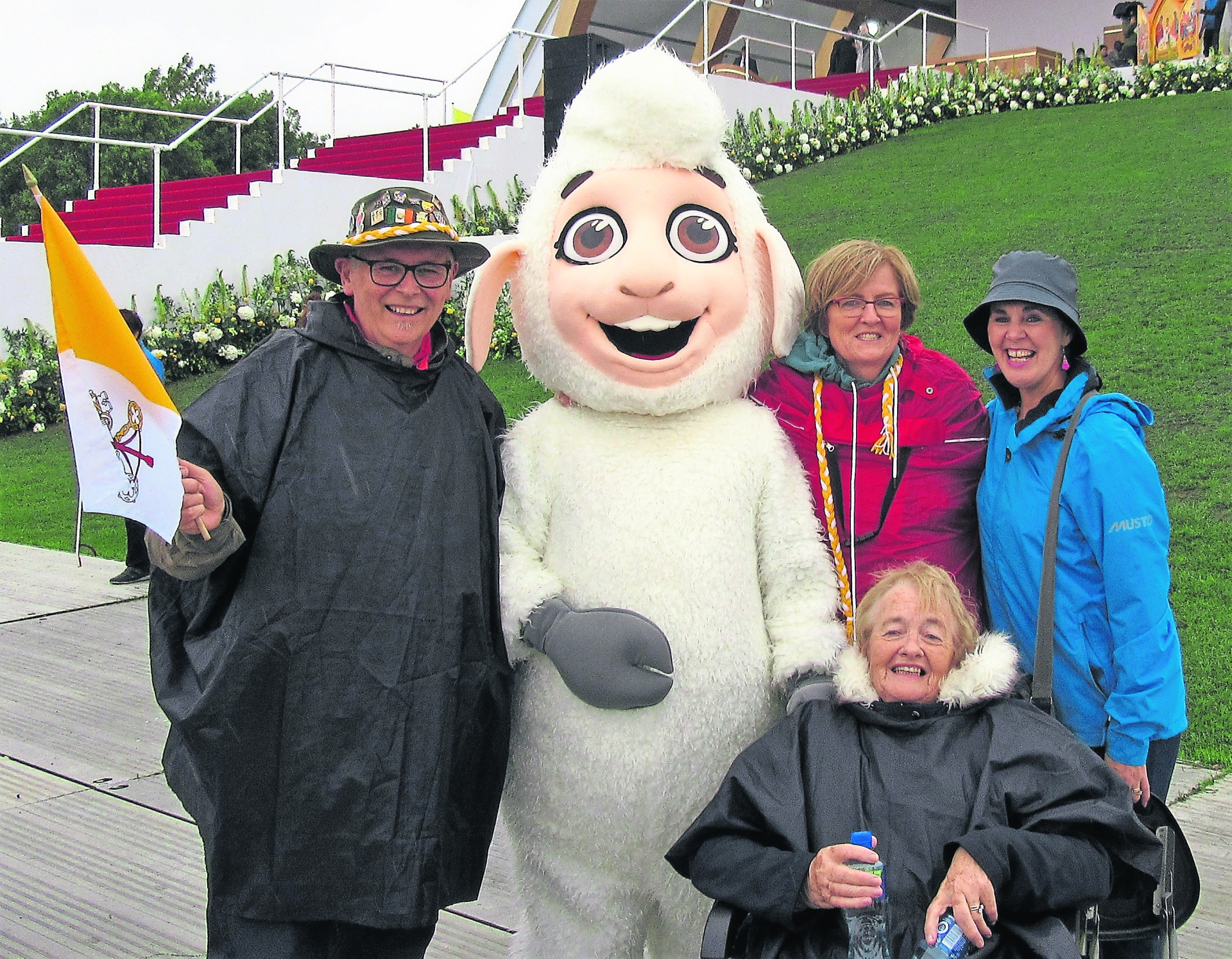 World Meeting of Families mascot named Éirinn, with Papal Mass Choir members Ciarán and Sinead Tracey, Leitrim Village, Valerie Burke, Enfield and Helen Gilligan, Carrick on Shannon [seated]. Éirinn is a breed of sheep known as ‘the Galway’, one of the native sheep breeds of Ireland representing the biblical ‘Parable of the lost sheep’.

Derek Mahedy from Rooskey was the musical director of the Papal Mass in the Phoenix Park.

Buses left Leitrim in the early hours of both mornings at the weekend and despite rain and long walks, those who attended enjoyed the events and will remember the Pope's visit for a long time to come. 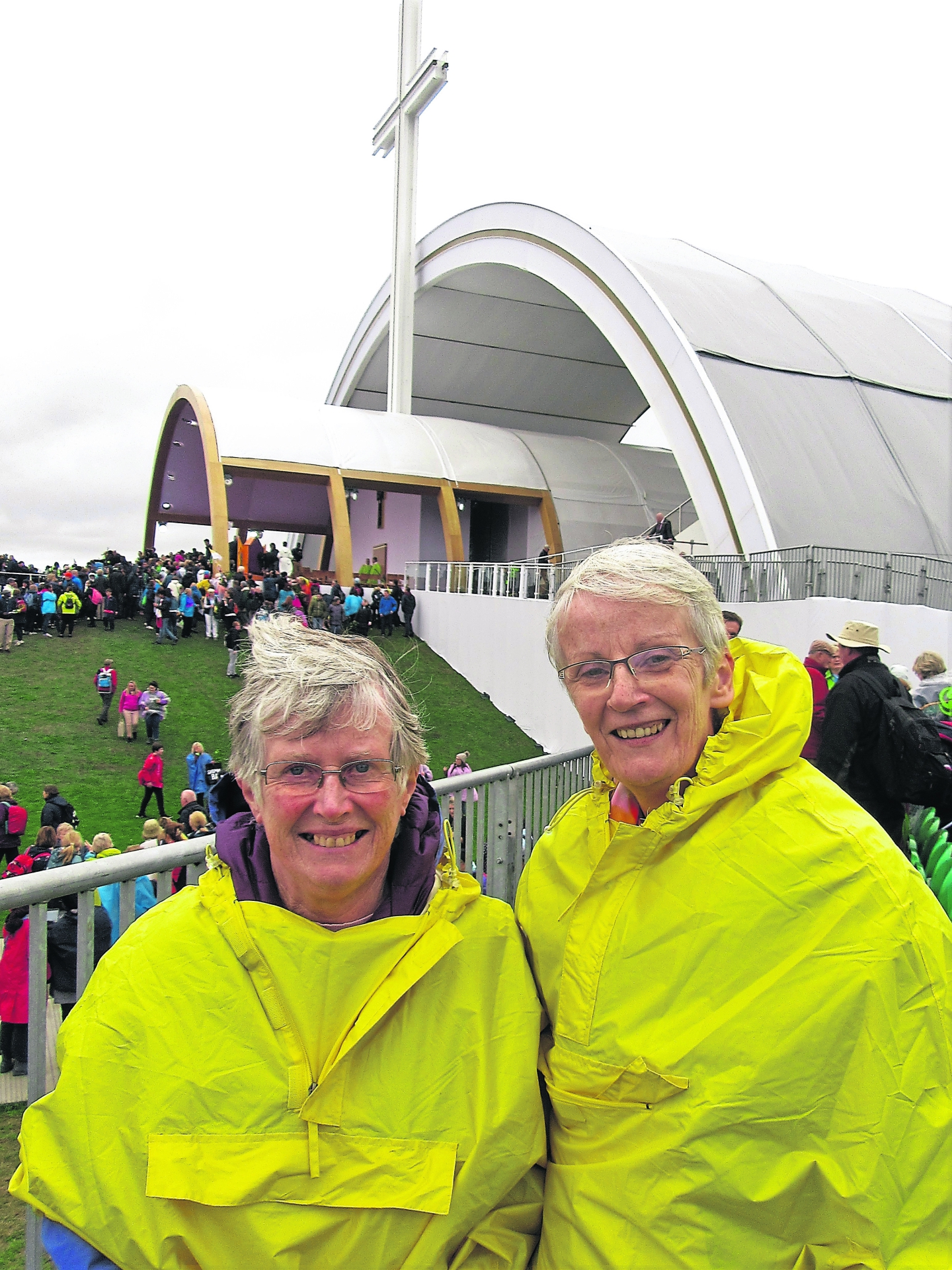 Also read: Handcrafted in Dromod: Months of work went into the Pope's Chair in Knock