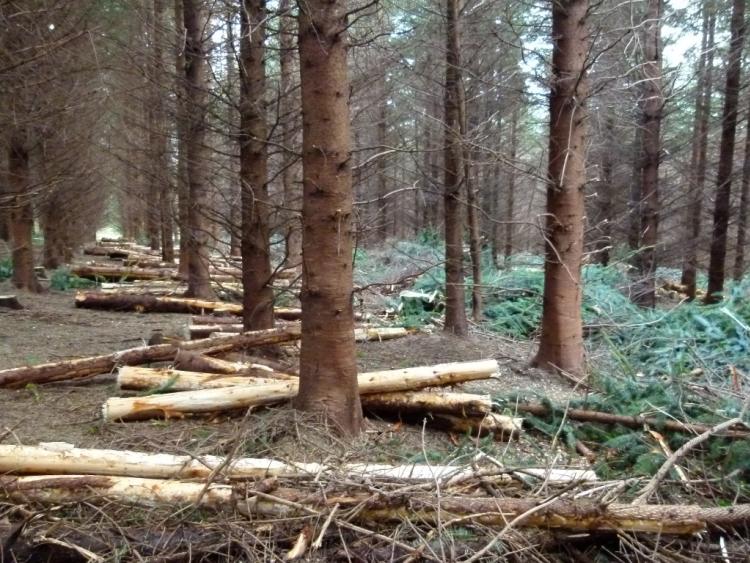 Nearly 19% of Leitrim land is under forestry.

IFA President, Joe Healy, said the IFA National Council has supported the resolution from Leitrim IFA that an assessment of the social, economic and environmental impacts of afforestation within the county should be undertaken.

He said the level of afforestation in recent years, particularly by non-farmers and outside investors, was of major concern to farmers and rural communities in Co Leitrim.

In 2017, 10% of the national afforestation programme took place in Co. Leitrim. 536 hectares were established, with over half the area planted by non-farmers. The National Forestry Inventory completed by the Forest Service in 2017 showed that Leitrim is now the most forested county in Ireland, with 18.9% of the land area planted.

“The level of afforestation within the county is disproportionate,” said Mr Healy, “particularly when you consider that the land area in Leitrim accounts for just 2.2% of the total land area in the country. The lack of balanced regional spread in the afforestation programme must be addressed”.

The IFA President said that during a recent visit to Leitrim, he met with a delegation of farmers and saw first-hand the impact the level of forest cover was having on farm families and rural communities. “Forestry represents a permanent land use change and it’s important that the social, economic and environmental impacts on rural communities are assessed.”

Mr Healy said he would be seeking a meeting with Minister Doyle to get a commitment to fund an independent study in Co Leitrim on the impacts on afforestation.

The move from traditional agriculture to growing trees is associated with a range of impacts including changes in population, shifting income & employment opportunities, changes in agricultural land price trends, new demands on rural infrastructure particularly roads and considerable cultural change.

IFA Farm Forestry Chairperson, Pat Collins said that the removal of the farmer premium differential under the current programme is central to much of the opposition to forestry. “The land is no longer owned by people living within the communities and any monies earned from grants, premiums and further timber earnings are leaving the local economy”.

He said, “As a result of the removal of the farmer premium differential, the perception of forestry among those living in rural Ireland has changed dramatically.  A study on the social, economic and environmental impacts would help inform the debate and allow communities to plan appropriately”.