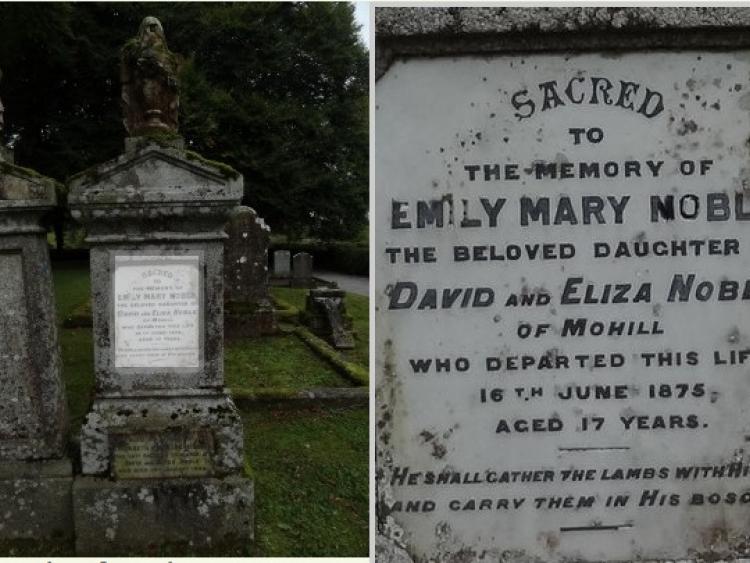 Inscription on a grave in Fenagh

A unique event will be held in Mohill Library tomorrow Friday, October 12 at 11am.

The great grandchildren of David Noble will present the library with a set of drinking glasses inscribed with the Noble name, the glasses are approximately 130 years old.

The drinking glasses were used in the public house and shop of David Noble (1832-1898) Grocer and Spirit Dealer, Main Street, Mohill. The markings on the glasses indicate that they date between the reigns of King Edward VII and Gerore V but as the business was sold in 1918, the glasses are more than a hundred years old.

The Nobles were Protestants who intermarried with other local Protestant families - Greer, Jones, Johnston, Knott, Latimer, Sheera and others. The family are buried in Fenagh.

David Noble, owner of the shop in Mohill was the son of James Noble and Sarah Latimer in Doonerah, a farm of 70 acres with dwelling place leased by James Noble from Lord Leitrim.

David set up his business in 1850. On his death in 1898, the business was inherited by his only surviving daughter Lizzie Caroline Noble, she sold the business to Bradshaw and Clarke.

Also read: Sunday will be a poignant day for the Kennedy Family