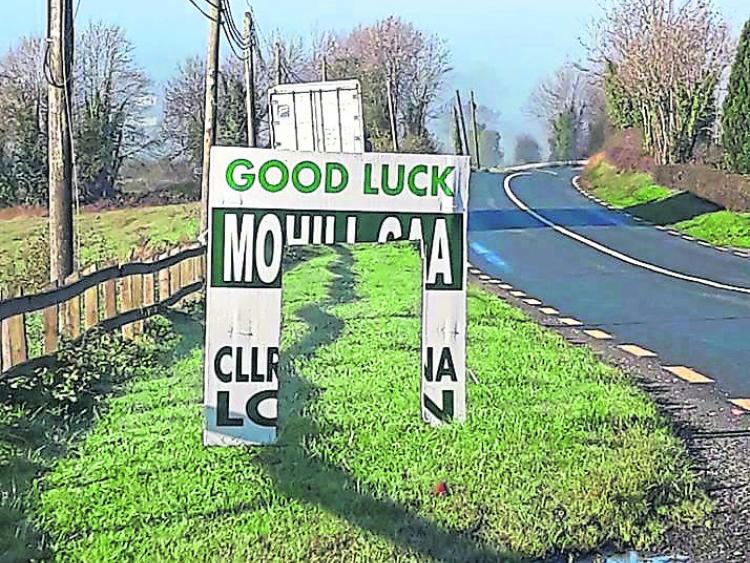 A sign wishing Mohill good luck in last week's Senior Men's final was targeted by a vandal over the weekend.
Cllr Seadhna Logan put up the good luck sign at 11pm on Saturday night and was contacted by a neighbour early on Sunday morning about the damage.

“The damage has occurred some time between 11pm on Saturday night and 8am on Sunday morning,” Cllr Logan told the Leitrim Observer.
Those responsible used a sharp blade such as a Stanley knife to cut a large section from the poster which had been placed along the R201.

“I think it is particularly petty act,” Cllr Logan pointed out.
“If someone has a gripe with me then they should say it to my face instead of vandalising a poster which cost money to put up.
“It is a bit upsetting that someone would come and deliberately vandalise a poster just wishing our local team good luck in the final. The fact that clearly they came there with the express idea of damaging the poster is obvious and the fact that my poster was the only one targeted is very disappointing.”