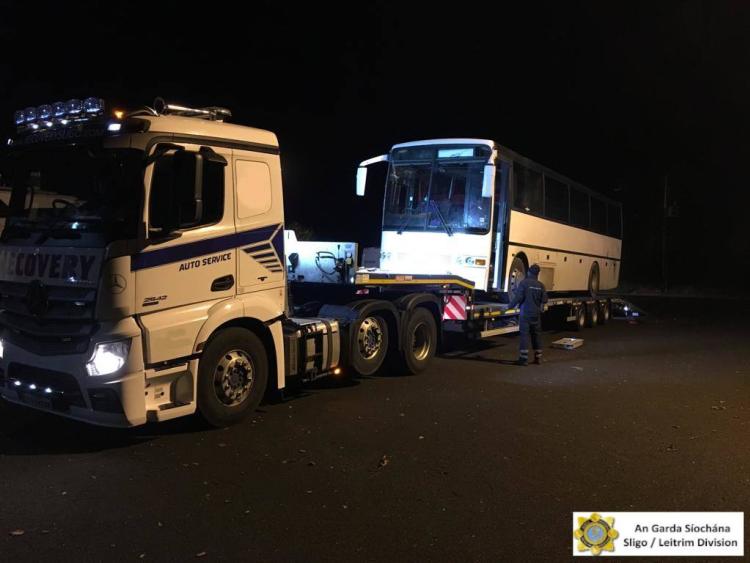 Photo by An Garda Síochana

This weekend, the Roads Policing Unit from Carrick-on-Shannon conducted an operation in conjunction with Vehicle Inspectors from the Road Safety Authority Ireland examining a number of large Public Service Vehicles (buses) in the county town.

The purpose of this operation was to ensure that these vehicles were safe to carry passengers and travel on our roads.

Gardai stated, "As a result of this operation, two buses were found to be unsafe to use and taken off our roads due to them being classed as “Dangerous / Defective Vehicles”.

They concluded saying "Both drivers will now face a court appearance."