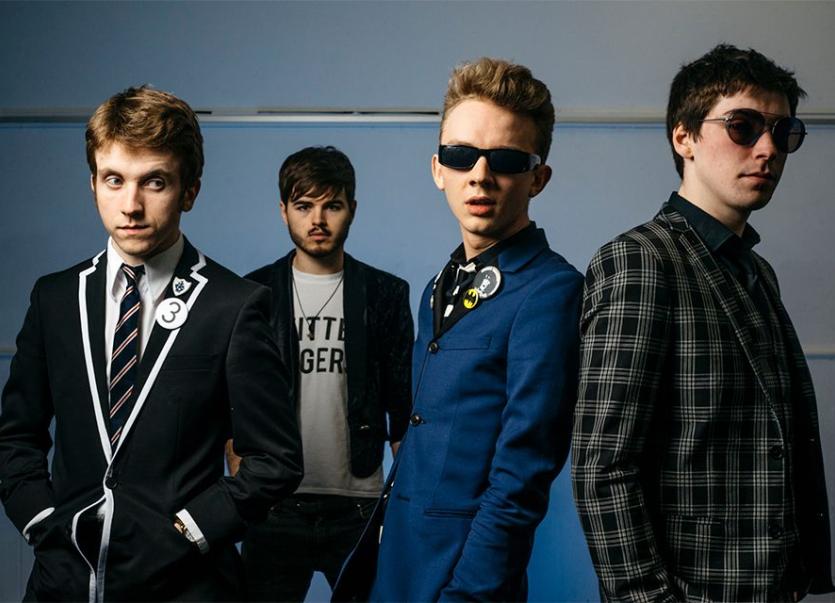 THE Strypes have announced that they are to split with immediate effect.

The Cavan four-piece are on the books at Limerick production company CWB, who made the announcement this Wednesday morning that the band were “saying goodbye”.

“After 2 Top 20 UK albums (including a No. 1 album in Ireland) 3 sold out Japanese Tours and killer headline shows everywhere from the John Peel stage at Glastonbury to the main stage at Fuji Rock to Electric Picnic, Cavan’s very own The Strypes are announcing the break up of the band effective immediately”.

Pete O’Hanlon on bass, Evan Walsh on drums, Josh McClorey on guitar and Ross Farelly on vocals exploded into the world in 2010 with a TV appearance on the Late Late Toy Show, but it was their 2012 debut Ep 'Young Gifted and Blue' on Reckless Records that was the key to their huge international success.

A record deal with Mercury Records, signing to Rocket Management, appearances on Later with Jools Holland, the debut album “Snapshot” and an arena tour with Artic Monkeys swiftly followed

America was next to fall with SXSW, a coast to coast tour and appearances on Letterman and Conan. A Julien Temple directed documentary broadcast on BBC4 set the foundation for their second top 20 Album “Little Victories”.

A constant touring schedule saw the band build up a huge fanbase all over the world with sold out shows at the Bowery Ballroom in New York, El Rey Theatre in LA, Olympia in Dublin and Studio Coast in Tokyo among the highlights.

Spitting Image, the third album, was produced by Ethan Johns in Rockfield Studios and took them around the world again with a touring schedule consisting of 2 tours of the US, 2 UK tours, a European tour, many cunning stunts and a national Japanese tour that lasted from September of 2017 until April of 2018.

A small pause followed, and it was during this pause that the band began to look at a different way of being creative.

In the short term Pete and Ev have signed up with J&L Associates, an acting agency in London, Josh is working on a solo album and Ross is pursuing other musical outlets.

All their music remains on line so keep streaming, their website www.thestrypes.com and their social media outlets will remain active for merch sales and updates on what the members are up to individually, the statement adds.