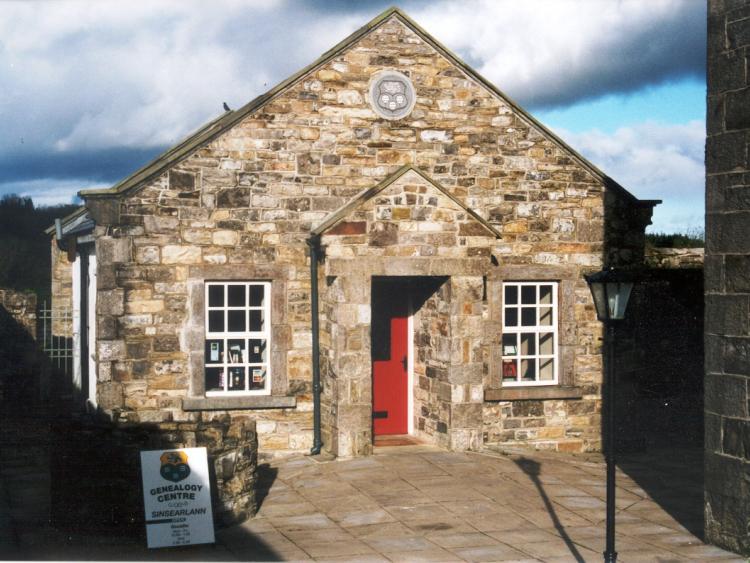 According to a local councillor Leitrim’s Genealogy Centre located in Ballinamore may be in danger of closing due to a lack of funding.

Independent Cllr Des Guckian this week stated that “the centre is in danger of closure and a valuable service will be lost” if Leitrim County Council's subvention grant is not re-instated.
Cllr Guckian asked his fellow councillors to urge Leitrim County Council in the upcoming estimates “to reinstate the subvention of €15,000 per annum, which until recent years, had been given to the Genealogy Centre in Ballinamore.”

He explained the subvention has been reduced by €3,000 for the last year or two and this means the centre may need to lose resources such as staff.
He commented the centre provides a “very good service” and funding it is a “long term investment” as most people who research their roots in Leitrim come to visit the county.

Director of Services, Joseph Gilhooly explained that as this subvention is part of the council’s discretionary spend, it is not possible to reinvent the whole subvention. Due to a tight budget it has been necessary to reduce the level of grant or subvention to a number of related companies and activities. He said the council will see “if we can support the centre in another way.”

Cllr Guckian was not impressed with this response and said, “it is a matter of life or death,” and there is a big problem there.
It is understood that the Genealogy Centre wrote to all councillors seeking their support to have the subvention re-instated.
Leitrim Genealogy Centre located behind Ballinamore Courthouse was set up in 1986 to help people to trace their Leitrim ancestry. The not-for-profit organisation charges for their services “to recover the costs of the services offered.”
The centre organised the Leitrim Roots Festival and can deal with up to 500 enquiries annually.